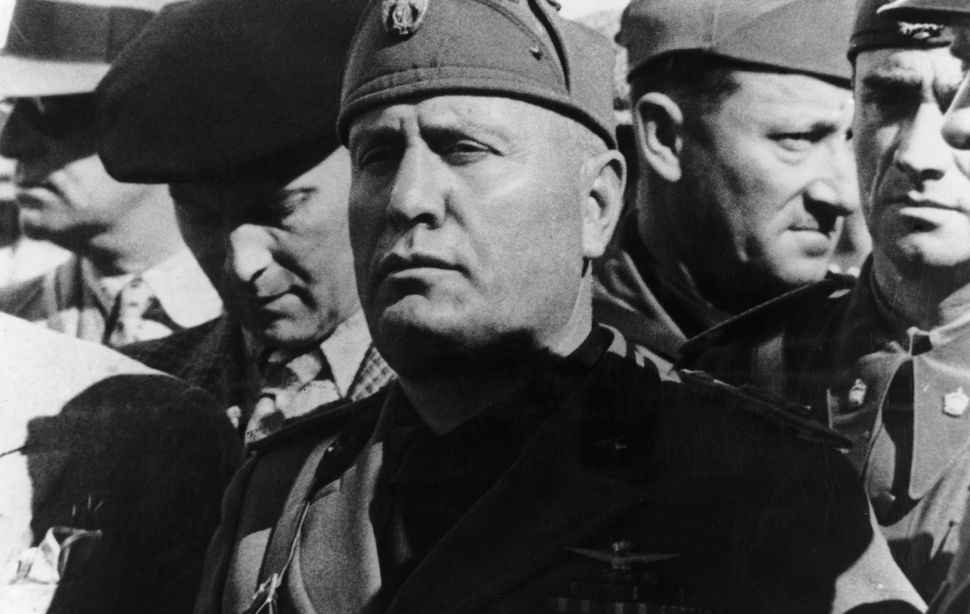 It may not have come as a total surprise to those who have watched him closely that former White House staffer Stephen K. Bannon is a huge fan of Benito Mussolini. According to an interview with Bannon in the Spectator, he “adores” the fascist dictator, who may well have been the originator of the term “Make America Great Again.”

Hyperventilating about his man-crush on Mussolini, Bannon told interviewer Nicholas Farrell, who is also a Mussolini biographer, “He was clearly loved by women. He was a guy’s guy. He has all that virility. He also had amazing fashion sense, right, that whole thing with the uniforms. I’m fascinated by Mussolini.”

It’s true that Mussolini had a way with the ladies. Among his mistresses was Margherita Sarfatti, an Italian journalist, art critic and patron, socialite, and propaganda adviser of the National Fascist Party before 1938, when Mussolini officially allied Italy with Nazi Germany and enacted racial legislation akin to Germany’s Nuremburg Laws.

Sarfatti’s parents were Amedeo Grassini and Emma Levi. Grassini was a wealthy Jewish lawyer and businessman, fiscal attorney for the Venetian government, and a close friend of Giuseppe Melchiorre Sarto, who later became Pope Pius X. At age 18, Margherita married Cesare Sarfatti, a Jewish lawyer and socialist from Padua 13 years her senior. The couple became prominent in Milan, where they hosted a salon that became central to the Futurist and Novecento Italiano artistic movements.

In 1911, Margherita met Mussolini, and they commenced their long affair. She wrote a biography of Mussolini, first published in 1925 in Britain and the following year in Italy, which was a huge success. Margherita fled Italy in 1938, however, after the enactment of the so-called Manifesto of Race. Susan Sarandon portrayed Margherita in the 1999 movie, “Cradle Will Rock.”

Mussolini played a curious role in the invention of sound motion pictures, too.

In 1927, the Fox Film Corporation was developing a sound-on-film technology called Movietone, which would become the industry standard. Fox, founded by Hungarian-Jewish immigrant William Fox (whose birth name was Vilmos Fried, which he changed to his mother’s name, Fuchs – German for “fox”), had a newsreel division called Fox News Service. You guessed it — the forerunner of today’s Fox News.

Fox Films debuted the new Movietone sound technology it had developed for German expressionist filmmaker F.W. Murnau’s “Sunrise,”, with a screening in Times Square in New York on September 23, 1927. The heavily publicized event included the screening of a pair of newsreels: one of the Vatican choir, the other a short documentary about Mussolini. The ground-breaking newsreel — the first with sound — was a publicity coup for both the movie company and the dictator.

In the newsreel, Mussolini directly addressed Italian immigrants to America, calling on them to “make America great.” Curiously, Mussolini intuitively understand the power of mass media. At one point, the right-wing populist said that were he to broadcast his speeches “in twenty cities in Italy once a week,” he would “need no other power.”

So let me get this straight: In 1927, Fox News colluded with a media-savvy right-wing dictator to advance both their agendas.