The Nazi-Era Thriller That Got Its Director Banned From Filmmaking 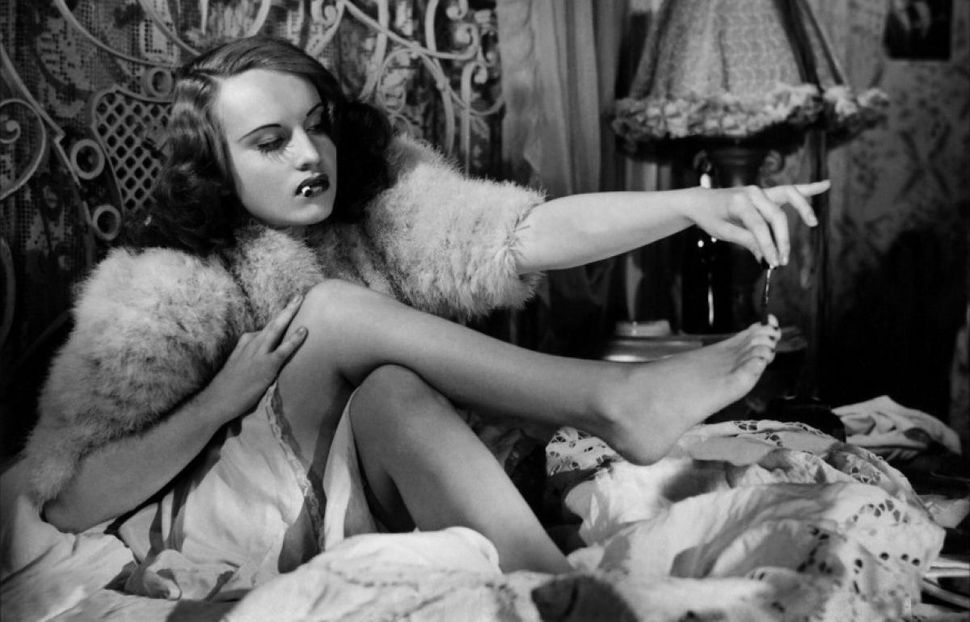 A still from “Le Corbeau,” by Henri-Georges Clouzot Image by Courtesy of Film Forum

Among its various achievements, the 1943 thriller “Le Corbeau” (or “The Raven”) earned its director, Henri-Georges Clouzot, a lifetime ban from filmmaking. Clouzot had made his caustic movie during the height of the Nazi occupation of France for a German-controlled production company called Continental Films, which had been created by Joseph Goebbels to pacify French audiences with a series of films to be “lightweight, empty and, if possible, stupid.”

“Le Corbeau” was, decidedly, none of the above, but despite its significant commercial success, everyone from the French communists to the Gestapo decried the film . After the war, the Gaullist government declared it “anti-French” and slapped Clouzot with a lifetime exile from filmmaking. Owing to the protests of prominent artists and intellectuals including Jean-Paul Sartre and Jean Cocteau as well as the moderating effects of passing time, the sentence was reduced to two years, with the future director of “The Wages of Fear” and “Les Diaboliques” receiving a stay of execution, really, without exoneration, vindication, or catharsis.

This befits the tenor of the film, in which no character emerges as entirely good or evil, innocent or guilty. Though the backlash against “Le Corbeau” certainly seems unjustified in retrospect, Clouzot himself was not exactly an irreproachable victim. He accepted a job as the head of the script department at Continental, whose German head Alfred Greven had retained some degree of artistic ambition, a promising though tainted gig that put Clouzot in position to direct his successful first feature, the comic thriller “The Murderer Lives at No. 21” (1942) and then “Le Corbeau.” An understandable decision if not exactly an inspiring one, it was the sort of murky, pragmatic compromise that the inhabitants of occupied Europe contended with on an everyday basis.

“Le Corbeau” opens onto the sunny French small town of St. Robin, replete with a quaint chapel and cows milling about in an idyllic field, but most of the film takes place in stark shades of gray. Clouzot and his cinematographer Nicolas Hayer, who would later work with Cocteau and Jean-Pierre Melville, cast their characters in layers of darkness, obscuring their true natures and intentions. Although the term had yet to be invented, we’re in the realm of film noir, a moniker coined by Clouzot’s countrymen to retrospectively describe American crime films reflecting a sensibility darkened by the war and featuring chiaroscuro stylings courtesy of a wave of immigrant technicians, largely from Central Europe. With its angular, expressionist shadows and blatantly psychological use of light, “Le Corbeau” feels almost, well, German.

The eponymous Raven is an anonymous author of poison pen letters professing to expose the secrets of St. Robin’s citizens, specifically targeting our hero, handsome village physician Dr. Germain (Pierre Fresnay). Specifically, Germain’s penemy accuses him of performing abortions and carrying out an affair with Laura (Micheline Francey), a comely social worker, whose older psychologist husband Dr. Vorzet nonetheless assists Germain with avuncular cheer. As the letters start to have real consequences, the townspeople attempt to hunt down the mysterious writer, but also start to consider getting rid of Germain as an equally effective and certainly easier alternative to actually finding the culprit. In the meantime, everyone remains a suspect, from the limping beauty (Ginette Leclerc) in the neighboring flat who seduces our protagonist to Laura’s spinsterish sister, a notably unfriendly nurse (Héléna Manson). Even the 14-year old girl who lives in Germain’s building finds is not above suspicion.

As a portrait of the town and, by extension, a society, the film is decidedly unflattering. Small town French life is revealed to contain everything from abortion to adultery, atheism to drug trafficking. Even the sanctity of the postal service is violated. And yet film finds the moral shortcomings of the characters elsewhere, their true vices emerging as pettiness and cowardice, dishonesty and an amorphous yet vicious persecutory streak.

Because of this, “Le Corbeau” has garnered the reputation of being a rather misanthropic film. Despite the severity of its vision, however, it’s not necessarily lacking in sympathy. Rather, as the perspective moves amongst the wide array of characters, the film’s sympathies continuously shift as well. Suspected of being the Raven, Manson’s nurse flees through the town’s medieval streets, her nunnish uniform unfolding in the wind like damning wings, while Leclerc’s embittered floozy may have some wisdom of her own to impart to the good doctor. The cumulative effect is emotionally dizzying, and imparts a sort of wariness, a foreboding sense of inevitable betrayal. This extends to Germain, our hero, handsome and principled, who nonetheless doesn’t seem to treat people very well. As his apollonian struggle for the truth intensifies and his sense of victimization increases, he begins to come off as inflexible, judgmental, cold. In the midst of a heated argument, his lover categorizes him as “what’s most dismal and alien in life: A bourgeois.”

Owing to its preoccupation with large-scale social dynamics, “Le Corbeau” makes for an attractive and flexible allegory. First and foremost, there’s the film’s relationship to its own time and place. Though the occupation is carefully excluded from the film, it speaks powerfully to its moment, when neighbors would anonymously write to the Gestapo accusing each other of being Jews, communists, or members of some other persecuted or subversive group. Similarly, it’s not difficult to see echoes of its paranoia and cynicism in other excesses of midcentury state power, from the Stalinist terror to the anti-Communist crusades of US Senator Joseph McCarthy.

As history circles back on itself, as it disconcertingly is wont to do, “Le Corbeau” can be made to speak to our time as well. The informers of Clouzot’s era are of a piece with the ICE collaborators of our own, which is to say, unspeakable. More broadly, the film eerily captures the sense of universal persecution that has taken hold across much of society, in which the most powerful man in the country declares himself to be the object of a witch-hunt. The dynamics it depicts are also somewhat reminiscent of what’s come to be known as the “call-out culture,” which everyone seems to agree is certainly not ideal, but which not unjustifiably tends to inspire more ambivalence on a case-by-case basis. After all, it tends to be a better look, as a rule, to stand on the side of the accusers than with the accused.

“Le Corbeau” lacks villains on the scale of a Trump, Stalin, or Pétain. Instead its subjects are people who, without exactly covering themselves in glory, make it from one day to the next. As such, it speaks both to its own context and ours, as well as any other time and place in which such people constitute the clear majority – in all likelihood, all of them. In such a grey and shadowy world, the resolution we desire is usually elusive. As such, even when the Raven is finally unmasked, a fair order is not quite restored; and denied the real thing, both the townspeople and the audience will have to make do with a simulacrum of justice.

Daniel Zitkin is a New York-based critic and filmmaker.

The Nazi-Era Thriller That Got Its Director Banned From Filmmaking