For Olivier Assayas, The Past Is Always Present 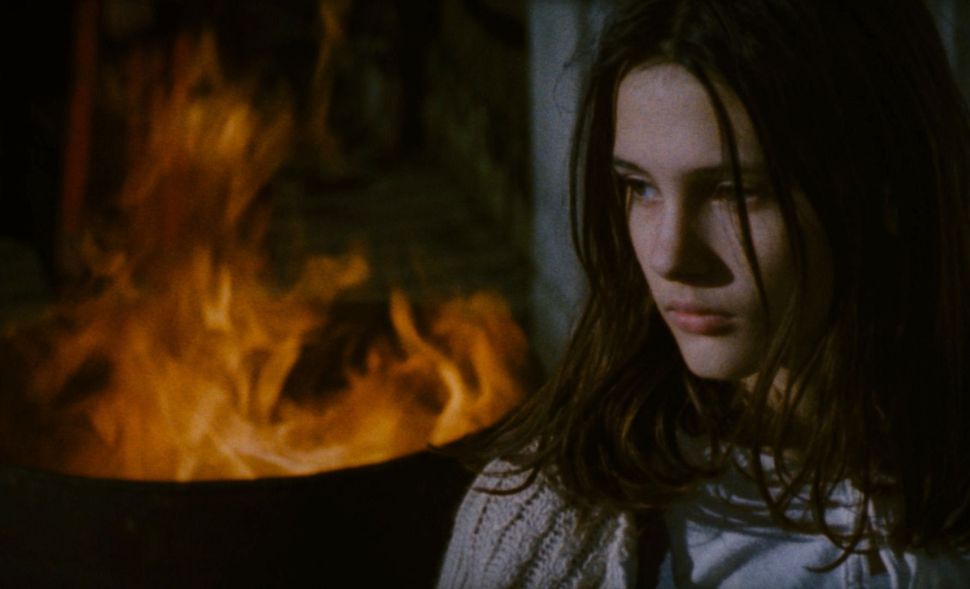 Olivier Assayas’s 1994 film “Cold Water” was a coming of age film in more ways than one. A teen romance set in the heady aftermath of Paris’s May ’68 uprising, the film showcases adolescent angst, romance, and the friction that accompanies the first encounters with something larger than oneself. For Assayas, it also represents, “The moment where I kind of found my own style, my own way of filmmaking.” 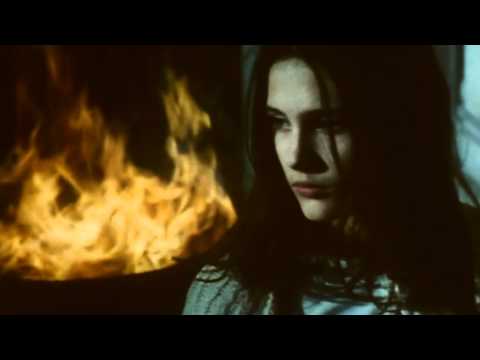 I spoke with Assayas over the phone in the lead-up to the long delayed American release of the film, which will open this Friday in New York and Los Angeles. “Cold Water” was the first installment in what would be a remarkably inspired and sustained run for the director, one that has continued more or less unabated to the present day. In 1996, Assayas followed it with “Irma Vep,” in which an aging arthouse filmmaker played by Jean-Pierre Leaud attempts to remake Louis Feuillade’s 1915-16 silent crime serial “Les Vampyres,” updating it for the postmodern nineties by casting Hong Kong superstar Maggie Cheung. A true and intimate portrait of the filmmaking process as well as an effective reflection of an increasingly globalized culture and the tenuous relationship between art and pop, the film marked Assayas as a storyteller keenly attuned to his community and a clear-eyed observer of his times. Last year saw the US release of his most recent film, “Personal Shopper,” which starred Kristen Stewart as an expat in Paris who makes her living buying clothes for a celebrity while moonlighting as a medium and attempting to make contact with the spirit of her brother. Moving unpredictably between idioms and genres, particularly the ghost story and the glossy modern thriller, the film was also a surprisingly moving reflection on identity and grief.

Anticipating his international breakthrough with “Irma Vep,” “Cold Water” was produced for the French television series “Tous les garçons et les filles de leur âge…” (or, “All the boys and girls of their age…”), which commissioned some of the country’s leading filmmakers to make autobiographical films about their teen years, and also included films by Chantal Akerman and Claire Denis. The sole mandate was that the films contain a party scene and feature music prominently. Though seemingly almost too good to be true, the second rule presented certain obstacles, as the music rights for the film’s banging soundtrack helped to delay its release.

“Dealing with myself as a teenager, I had to represent the peculiarity of my upbringing,” Assayas said. He was born to a Jewish father and a Hungarian Protestant mother, but was raised Catholic for much of his childhood. His first language was Hungarian, not French. In a disorienting turn, his father neglected to inform Olivier of his Jewish roots until he was already a teen.

“I remember that we were driving to Paris and we were in the middle of a traffic jam and my father told me, “You know, today you are 13. If we were practicing Jews you would have had your Bar Mitzvah today,” Assayas recounts. “And I was like, ‘What do you mean? Am I Jewish? What does that mean? Why didn’t you say that before? Why are we not religious?’ You know, all the sudden I had all these questions.” As it turned out, his family came from a line of Sephardic Jews who made their way from Toledo to Livorno and finally to Thessaloniki. His father fled France during the Second World War to join the Free French in Buenos Aires. “You can’t avoid the echoes of that history,” he explains. “It shapes your identity. So in a way I’ve been extremely concerned and defined by my half-Jewish identity, even if it was passed on to me in a such an awkward way.”

“Cold Water” reflects Assayas’s own coming of age less in its narrative arc than in details and atmosphere. The film opens with a story told by a Hungarian-speaking nanny, a character inspired by a woman who looked after the director during his adolescence. It’s set between Paris and the surrounding area in which Assayas’s family lived, which he describes as “half suburban, half-countryside, and of course it was very much unlike what the other kids in school experienced.” The film is set in the fall of 1972, and its characters contend in some way or another with the afterglow of the May ’68 events in Paris, a mass leftist action whose energy hung around like a pungent funk long after its political goals had been thwarted. The protagonist Gilles (Cyprien Fouquet) steals records and helps to traffic dynamite, presumably for the benefit of straggling radicals. He pursues a relationship with the troubled Christine (Virginie Ledoyen, in one of her first film roles) that veers between puppy love and amour fou, with the young lovers eventually taking to the road.

“Cold Water” was Assayas’s fifth feature, but he views it as a turning point in his career: “It was the movie I had been hoping to make one day. I had been knocking on that door, and with ‘Cold Water’ it kind of opened,” he said.” “I suppose that at some point I grew bored with the weight of filmmaking, the weight of the 35mm camera, the handling of movie stars, having the pressure of making movies that make money,” he says. The close-to-home subject matter of the film emboldened him to change up his approach, as did the contingencies of a condensed shoot. “I was dealing with something intimate, my own history, with teenagers as opposed to movie stars, and with a super-16 camera instead of the big Panavision camera I was using in my previous film,” he says. “All of the sudden everything seemed lighter, simpler, and it kind of opened the way for me to make movies like ‘Irma Vep’ and then ‘Late August, Early September.”

The lightness and freedom that Assayas found on set is reflected onscreen, particularly in the film’s dynamic, propulsive mise-en-scene. Assayas had long been working and thinking under the influence of Robert Bresson, whose films “Mouchette” (1967) and “The Devil, Probably” have a palpable spiritual presence within “Cold Water;” yet Assayas incorporates the precision and clarity of Bresson’s style into a framework that feels looser and more unstable, something more distinctly his own. “In a certain way, when I was making my early films I was a bit frozen by my admiration for Bresson,” he says. “All of the sudden, when I was making ‘Cold Water,’ I realized that I could keep what was essential in what I learned from Bresson and become myself in the process.”

The center of the film is a nearly thirty minute long party scene, in which the protagonist and all the boys and girls of his age convene in a dilapidated country mansion to hook up, do drugs, and listen to records, eventually reveling around a colossal bonfire in a state of Dionysian release. The scene is driven by the soundtrack, which jumps from Roxy Music and Alice Cooper to Nico and Leonard Cohen, finding a succinct representation of teen indulgence when some anonymous kid interrupts Creedence Clearwater Revival’s “Up Around in Bend” in order to start it from the beginning and repeat the thrill of its opening riff. “I was improvising in that I was inventing the film on set,” Assayas notes. “We had a very short, four-week schedule I kept a whole week to shoot that long party scene, not knowing exactly what I would do. At a certain point, the screenplay became the songs. And they end up being the narrative in a certain way.” This on-the-fly energy has a counterpart in the movement onscreen. Certain images, like the partiers thrashing about like maenads, silhouetted against the conflagration, have the hallucinatory intensity that accompanies only select, difficult to believe memories.

“Cold Water” makes a keen effort to recapture the moment-to-moment experience of Assayas’s youth, but as such it’s inevitably also affected by ways that memory recolors what passes through it. “It was about capturing the spirit of those times, but it was also a movie about the end of those times. It’s a movie about youth, but it’s also about the melancholy of something fading, of the energy of the seventies fading.” As such, it plays somewhat differently on the second viewing than the first, with the viewer picking up on new details that take on greater salience in retrospect – as in memories of life – as the film moves along towards its surpassingly blunt conclusion.

Yet if memory can starkly, mercilessly transform the past, it also can make the present hard to separate from what has come before. “I think I’m stuck in those years,” Assayas says. “I don’t know how to put it. I feel like I never really lost something that has to do with the idealism of those times, this hope for changing society for the better, the way that art is more important that money or success or whatever. There was something about the radicalism of those times that defined me and in a certain way I’ve tried to stick with them.”

While the stated goals of the May ’68 events went unmet, leaving the hungover Western left to fixate on manifold betrayals and intellectually anatomize its own rudderlessness, Assayas takes a less jaundiced view. “I think that May ’68 was not a failed revolution,” he says. “In many ways it was a successful revolution, in that it changed the perspective on how we live and our values. It was very important in how it liberated a lot of individuals.” He likely isn’t alone in thinking that our own times could use some infusion of that idealism and boldness: “I think that the younger generations will have to deal with very profound issues and I think that will need some of the radicality and some of the courage to make these very tough choices, in the sense that we see how much the ethical, moral values of democracy are deteriorating everywhere. I think that the morals of society are at a much lower standard than they were in the sixties and seventies when people were rebelling.”

Daniel Witkin is a New York-based filmmaker and critic.

For Olivier Assayas, The Past Is Always Present