Why Hollywood Used To Be Better For Women 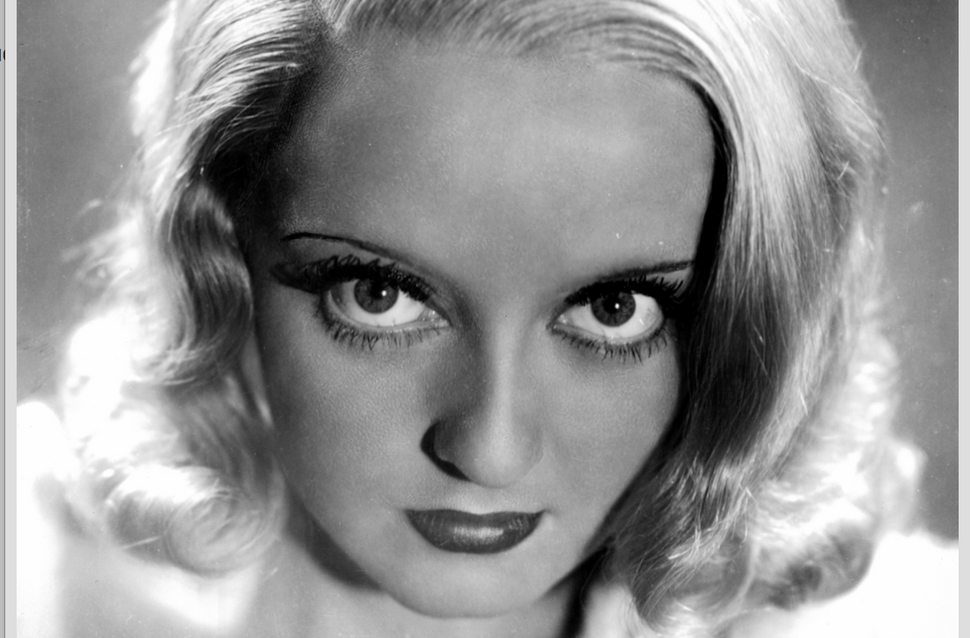 Just the Funny Parts: … And a Few Hard Truths About Sneaking Into the Hollywood Boys’ Club
By Nell Scovell
Dey Street Books, 336 pages, $27.99

It’s even worse than you suspected. But it was once better than you thought.

Smyth, a professor of history at the University of Warwick and the author or editor of several previous books on film, has an interesting story to tell about the underreported contributions of women during the Hollywood studio system’s heyday. Especially important were female screenwriters (at their zenith, about a quarter of the total) and film editors (hardly any of whom managed to make the leap to directing). Other women were agents, publicists, costume designers, story editors and producers.

“Nobody’s Girl Friday” targets the period from 1925 to 1960, when Hollywood was run mostly by Jewish men known for their outsized personalities, chauvinism and (in some cases) casting-couch piggishness. The determinedly optimistic Smyth doesn’t investigate any of those sordid episodes. She notes instead that some of the studio moguls — above all, Harry Cohn of Columbia Pictures and Darryl F. Zanuck at Twentieth-Century Fox — welcomed talented women. True, these women still had to struggle for fair pay, credit and promotions; their gifts often came at a bargain price, no doubt part of the attraction.

But Smyth’s view is that the much maligned studio era, rather than being (mainly) a time of enforced servitude and gender inequities, was something of a Golden Age for women’s opportunities — especially in comparison with the conservative decades that followed, when female employment in the industry declined. One reason for the subsequent retreat, she argues, is that a system based on collaboration “was eliminated and was replaced in the 1960s and 1970s… by male-dominated, director-based auteurism.”

Smyth’s inquiry parallels other historians’ re-examination of the supposedly quiescent period between first and second wave feminism — between the triumph of women’s suffrage in 1920 and the 1963 publication of Betty Friedan’s “The Feminine Mystique.” In “Feminism Unfinished” (2014), for example, authors Dorothy Sue Cobble, Linda Gordon and Astrid Henry made the case that feminism did not disappear, but instead took the form of women’s participation in the labor and civil rights movements and other progressive causes.

Smyth makes a similar point. Women such as the film icon Bette Davis and the screenwriter Mary C. McCall Jr. were influential and politically active, championing the Equal Rights Amendment and other liberal issues while dodging the anti-Communist blacklisting of the McCarthy era. (The all-male Hollywood Ten, personified by the screenwriter Dalton Trumbo, got much of the attention, but plenty of women were both black listed and gray-listed, Smyth writes.)

Smyth devotes a chapter each to Davis, who became the first woman president of the Academy of Motion Picture Arts and Sciences, and McCall, the widely respected three-term president of what was then known as the Screen Writers Guild.

In fact, Smyth does best when she moves in for a close-up (a request, she notes, that editors often made of their directors). Davis advocated for realism in her roles at the expense of glamour, and her box office clout allowed her to serve as a de facto producer of many of her films. McCall, all but unknown today, emerges as a passionate labor organizer and a political moderate during the anti-Communist frenzy. Her idiosyncratic use of the suffix “Jr.,” generally reserved for men, suggests her feminist inclinations.

By contrast, Smyth is at best ambivalent about Katharine Hepburn, often regarded as a feminist icon for her life choices, casual sartorial style and feisty film personality. Smyth deals only in passing with images of women in Hollywood films. But she emphasizes that one of Hepburn’s most celebrated movies, “The Philadelphia Story,” is a modern reworking of Shakespeare’s “The Taming of the Shrew,” about the shaming of an uppity woman. In Smyth’s view, Hepburn was often antifeminist, out for herself and uninterested in friendship with female peers. 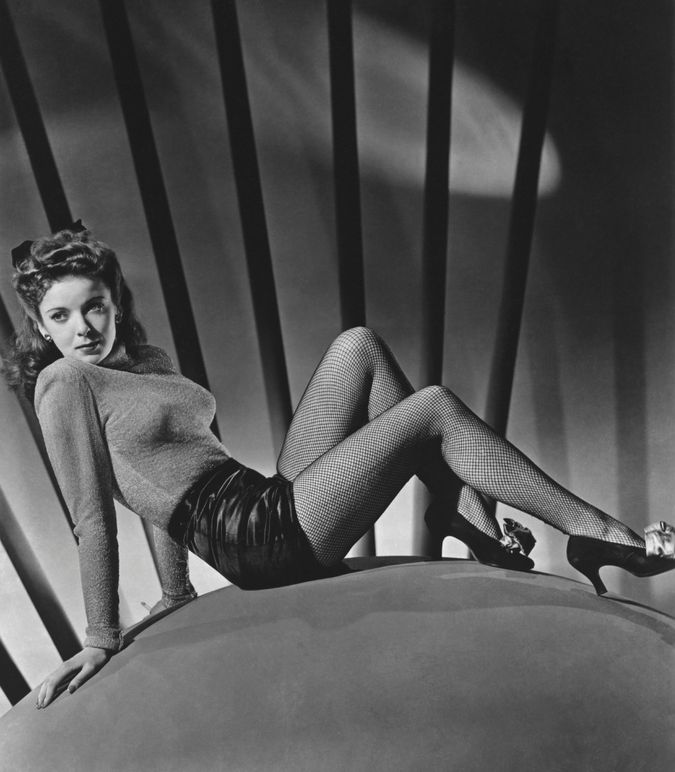 To the detriment of “Nobody’s Girl Friday,” Smyth is not a particularly skilled storyteller. Too often, in lieu of color and anecdote, she proffers long lists of now obscure women who populated the studios’ production ranks. Nor is her subtitle — “The Women Who Ran Hollywood” — exactly on point. Most of the women Smyth highlights, including costume designer Edith Head and director Ida Lupino, as well as Ida “Kay” Koverman, the influential executive secretary at Metro-Goldwyn-Mayer, were dependent on even more powerful men. When, in the 1950s, the culture — in Hollywood and elsewhere — turned increasingly hostile toward women, many decamped to theater, television or other careers. 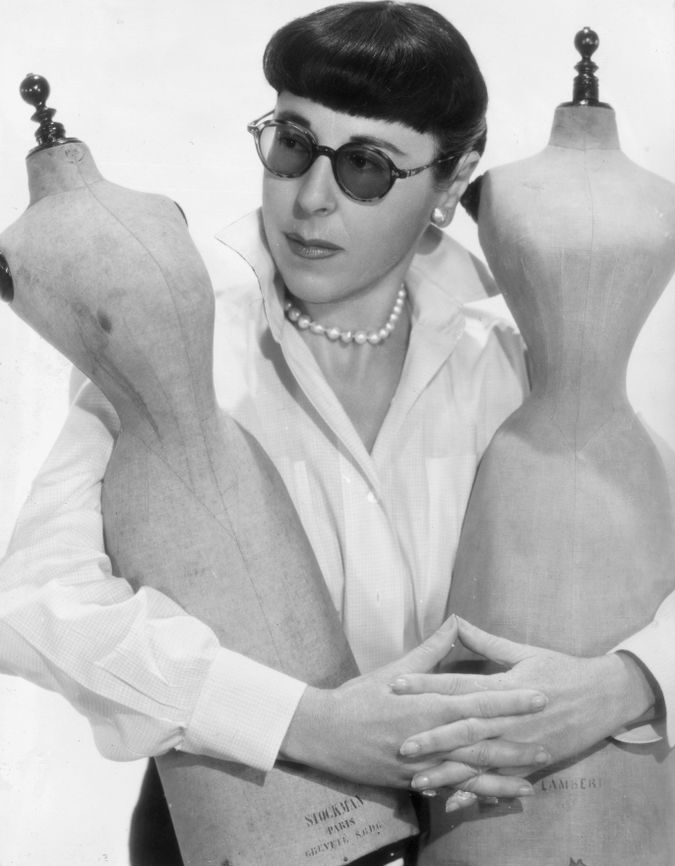 Not that television, as Nell Scovell described, has exactly been a bastion of gender equity. In “Just the Funny Parts,” the Harvard-educated Scovell, a onetime sportswriter and magazine satirist, displays the wounds acquired during her attempts to break the proverbial glass ceiling (really made of “Terminator metal,” she writes, “that shatters then reconstitutes and reforms”).

Nevertheless, she makes clear, she’s achieved success, if not quite celebrity. “My plan was sly: stay out of the spotlight but near the action,” she writes. She tells of how she dined with Warren Beatty, befriended Penn Gillette and Tom Smothers, and wrote for Candice Bergen, Mark Harmon and David Letterman. After two quick marriages and divorces, she married an architect, and it stuck. Scovell’s early jobs include writing for Spy magazine and Vanity Fair. With the help of a Harvard contact, she managed to find a TV agent. After two unproduced scripts for “It’s Garry Shandling’s Show,” Scovell landed gigs writing for a variety of series, including “The Simpsons,” “Newhart,” and “Murphy Brown.” At the height of her TV career, she became the creator and showrunner for “Sabrina, the Teenage Witch” (1996–2003), a comic book-based series about a teenager learning to control her magic powers. She also directed movies for premium cable, and wrote jokes for Facebook founder Mark Zuckerberg and for President Obama.

In 2009, feeling her own power, Scovell published a piece in Vanity Fair attacking the lack of diversity and sexism in writers’ rooms at the late-night talk shows. It detailed her experiences at “Late Night With David Letterman,” a dream job whose “culture of palace intrigue” was unpleasant enough that she left under her own steam. The article helped provoke a conversation about the problem, but has not, as of yet, provoked massive change.

Through a circuitous route, it also led to her collaboration with Facebook’s chief operating officer, Sheryl Sandberg, on the best-selling “Lean In” (2013), a working woman’s guide to contemporary feminism — and to this memoir, for which Sandberg supplied the foreword.

“Just the Funny Parts” is something of a hodgepodge: It juxtaposes autobiographical episodes and gossip, tips on sitcom writing and more general advice on being a woman in a still male-dominated profession.

There is also one truly jaw-dropping anecdote, representing Scovell’s own #MeToo moment, which came early in her career. The story she tells implicates Jim Stafford, the former husband of Bobbie (“Ode to Billie Joe”) Gentry and the head writer of the rebooted late-1980s version of “The Smothers Brothers Comedy Hour.” Scovell had been working on the show but was unsure whether she’d be invited back for the next set of episodes. It was at that juncture that Stafford, on the pretext of offering a tour of his house during a pool party, took her to his bedroom.

The two had never been close; in fact, he made her uncomfortable. Still, she writes, “[w]hen Stafford started kissing me, I worried that if I rejected him, he’d retaliate by not hiring me.” She agreed to perform the sexual act he requested. And, despite that or because of that, or for some other reason entirely, she wasn’t hired back. “Vulnerable and in shock, I’d made a decision out of fear and confusion,” she writes — and then buried the incident, till now.

The subtitle of Scovell’s memoir — “And a Few Hard Truths About Sneaking Into the Hollywood Boys’ Club” — turns out to be more accurate than the title it qualifies. And it makes the book worth reading. The truth is, there is nothing funny about the level of discrimination and misogyny that Scovell unveils. It turns out that it helps not only to lean in, but also to be smart, tough and resilient. As an introductory epigraph, Scovell offers this motto: “That which doesn’t kill me… allows me to regroup and retaliate.” With this memoir, she has done it.

Why Hollywood Used To Be Better For Women