The Secret Jewish History Of Watership Down 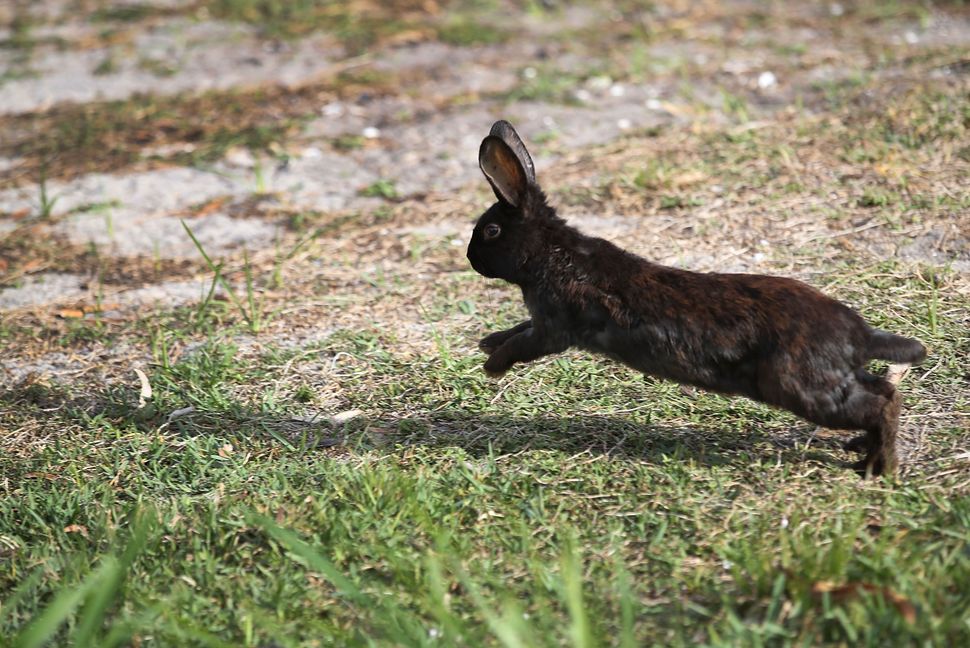 Richard Adams never intended his 1972 novel, “Watership Down,” to be an allegory. And a book about a group of rabbits certainly doesn’t have a Jewish ring to it. Chocolate versions of them are eaten to celebrate Easter. They aren’t even kosher animals — despite the fact that they chew the cud, they don’t have split hooves. But as we celebrate the fortieth anniversary of the film adaptation, the story does have Jewish echoes.

To recap, a young rabbit named Fiver (voiced by Richard Briers in the movie) has a prophetic vision of the impending doom of his warren. He goes to see the chief rabbit but there is little appetite for departure. Un-dissuaded, Fiver persuades seven other rabbits — Hazel, Bigwig, Blackberry, Pipkin, Dandelion, Silver, and Violet — to leave with him in search of a new home.

This summary has uncanny echoes of Theodor Herzl’s vision of a Jewish homeland. Perhaps this inspired the name Hazel in the novel. Even eerier is that Fiver is framed by barbed wire, as he envisions a field covered with blood, a vision that has echoes of the Holocaust. Indeed, his warren is later bulldozed and the remaining rabbits are all gassed.

Richard Adams was explicit in saying that some of the rabbits were modeled on his experiences as a lieutenant during World War II. In his autobiography, “The Day Gone By, Adams said he based “Watership Down” and the stories in it around the men of the 250 Airborne Light Company Royal Army Service Corps — specifically, on their role in the battle of Arnhem in September 1944. Hazel was inspired by Adams’ commanding officer Major John Gifford and Bigwig by Captain Desmond “Paddy” Kavanagh.

The small band of rabbit survivors struggle along. They are nomadic wanderers searching for a new home. Their adventures recall those of both the biblical book of Exodus as well as the film Exodus (1960). Many obstacles impede their progress. One of those obstacles is a rival warren and in defeating its leader General Woundwort, Bigwig resembles David defeating Goliath. But they arrive at their Promised Land, a hill called Watership Down.

The book of Exodus provides the greatest parallel between Jews and rabbits, which have cropped up in many older haggadot. Typically, Jews are represented as hares fleeing from hunters and dogs.

If Bugs Bunny can be Jewish then why can’t this bunch of rabbits? The word is only a consonant away from spelling rabbi. Rabbi Yosef Hayim Yerushalmi likened the situation of Jews to that of hares: forever hunted and always on the run.

Rabbits have also been seen as a symbol for unbridled sex and fertility — another canard thrown at the Jews who have been seen as debauched and depraved. And in modern Hebrew, a shafan (rabbit) is a coward, another charge levelled at Jews over the years.

And besides one of our greatest authors, Franz Kafka, often allegorized the Jewish experience in anthropomorphic animals such as jackals, apes, mice, and, most famously, a beetle.

The Secret Jewish History Of Watership Down