Jeff Goldblum, A Flirt And A Half, Is A Philip Roth Fan 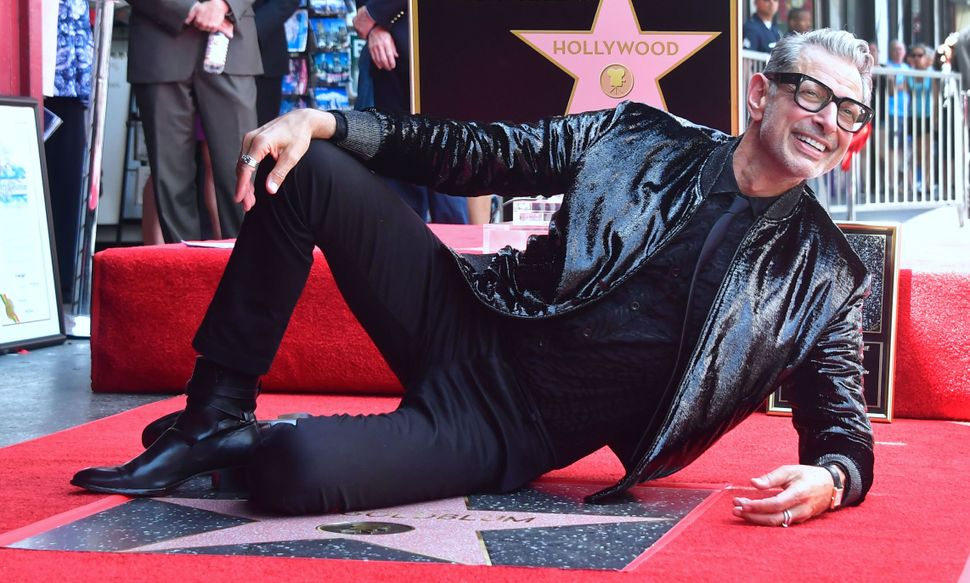 A confession: I, due to an unexplained resistance to seeing the “Jurassic Park” movies, was until this year unaware of the existence of Jeff Goldblum. This was a mistake. Jeff Goldblum, I have learned, is the closest thing Hollywood has to a human sunbeam — see “Thor: Ragnarok,” in which he plays a dictator with such sparkly attitude that one can only halfheartedly root for the good guys — despite the unfortunate fact of his having named his children Charlie Ocean and River Joe. (River Joe! Jeff, no!)

Goldblum, whose credits also include “The Fly” — which I have not seen, due to terror — and “The Prince of Egypt,” which I have seen, due to Judaism, has experienced something of a recent pop culture renaissance. Internet fan culture has picked him out as one of its more seasoned perennial crushes, and Goldblum, as David Marchese points out in a new interview for Vulture, has taken to playing an increasingly idiosyncratic version of himself, fanning the flames.

Also contributing to the Goldblum allure, Marchese notes, is Goldblum’s penchant for flirting, especially with the press. “You’re a good teacher. The little I know you, I’d like to take your college course and be otherwise turned on to you,” says Goldblum; “Stop it,” says Marchese, egging him on, then asking if the flirtation is a way of deflecting more personal questions.

“I’m not going to divulge secrets to you that I would divulge to my therapist or my wife, but I can talk to you authentically and also be discreet about telling yucky things,” Goldblum said. Later, expanding on his unorthodox approach to interviews — I can personally say I have never once had an interviewee affectionately tell me I’m “pervy” — Goldblum suggested he was merely following a technique of his acting teacher Sandy Meisner. “Part of his thesis is that you’re interesting to the extent that you’re interested,” Goldblum said. “So onscreen, instead of, ‘How am I doing?’ it’s ‘What’s interesting about my partner?’ I like making that kind of connection with somebody when we’re acting together and it’s not bad in life either. That explains things a little bit, doesn’t it?”

So now you know that if Jeff Goldblum flirts with you by, for instance, saying “I think Philip Roth would be very enjoyable for us to read to each other; to read to each other lost on a deserted island together” — a real statement he made to Marchese! — you’ll know he means it. (Well, probably.)

Jeff Goldblum, A Flirt And A Half, Is A Philip Roth Fan