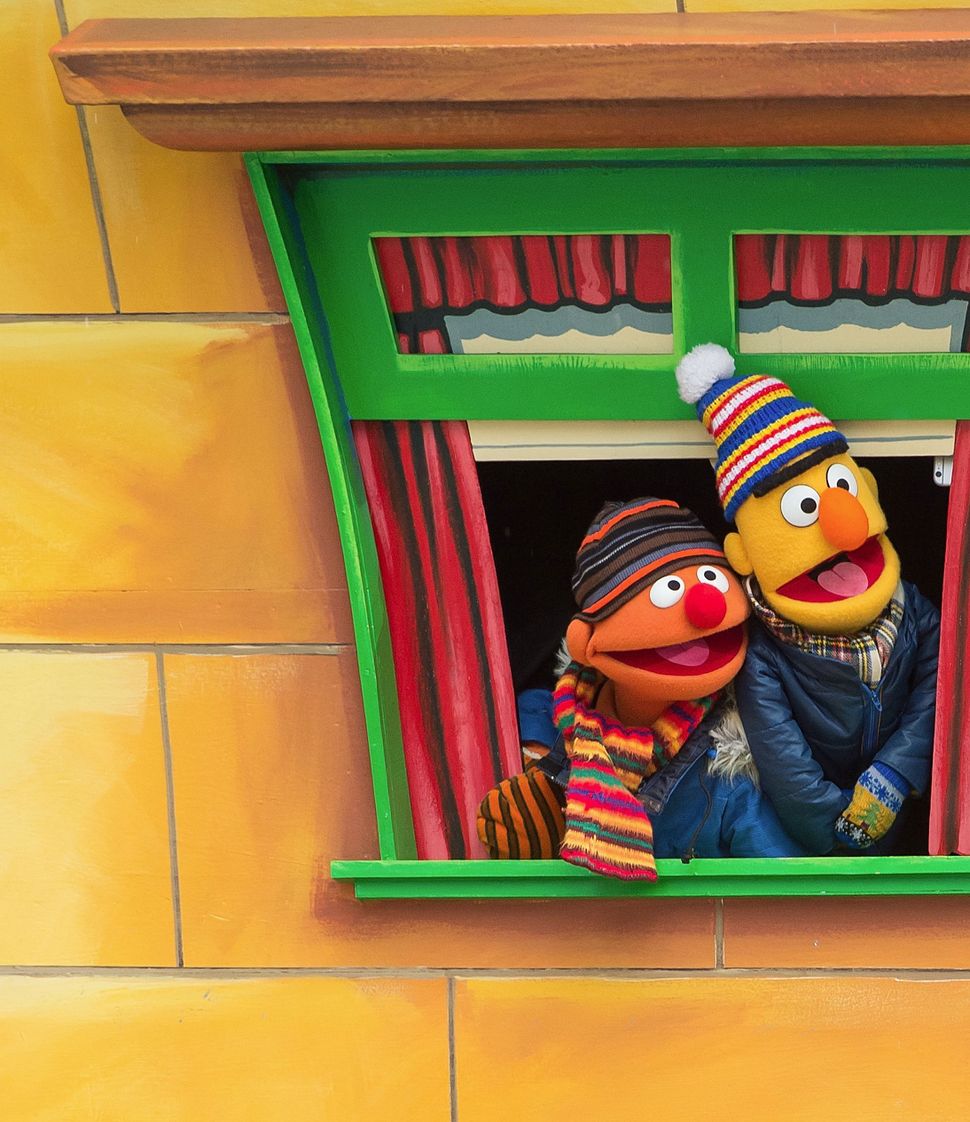 Putting to rest decades of speculation, former “Sesame Street” writer Mark Saltzman has confirmed to Queerty that Ernie and Bert are an item – at least in his eyes. Not only are the couple lovers, Saltzman says they are avatars of himself and his late partner Arnold Glassman.

“I always felt that without a huge agenda, when I was writing Bert & Ernie, they were [lovers],” Saltzman told Queerty. “I didn’t have any other way to contextualize them. The other thing was, more than one person referred to Arnie [and] I as ‘Bert & Ernie.’”

While Saltzman didn’t create the feuding roommates (that honor goes to Muppet godhead Jim Henson and builder Don Sahlin who debuted them in 1969) when he penned a number of the show’s scripts for the duo, beginning in 1984, he brought his own relationship into the scenes. Saltzman’s personality resembled that of the hijinks-prone Ernie and Glassman, a film editor, was persnickety and prickly like Bert.

“[I]t was the Bert & Ernie relationship, and I was already with Arnie when I came to ‘Sesame Street.’ So I don’t think I’d know how else to write them, but as a loving couple,” Saltzman told Queerty. “Arnie’s OCD would create friction with how chaotic I was. And that’s the Bert & Ernie dynamic.”

Sesame Workshop pushed back on Saltzman’s claim in a tweet, doubling down on earlier denials. “As we have always said, Bert and Ernie are best friends,” the workshop wrote. “They were created to teach preschoolers that people can be good friends with those who are very different from themselves. Even though they are identified as male characters and possess many human traits and characteristics… they remain puppets, and do not have a sexual orientation.”

Whatever you make of their relationship, we can all agree that sticking together for almost 50 years, either romantically or as roommates, is no easy feat – especially in a mixed union.

When asked over email if he wrote Ernie and Bert to be Jewish, Saltzman had a ready answer for the Forward: “Heavy-hearted, long-suffering Bert, yes. Ernie? Goyishe kopf.”