In A Conservative Israeli Town, She Came Out As Trans. This Documentary Tracks Her Journey. 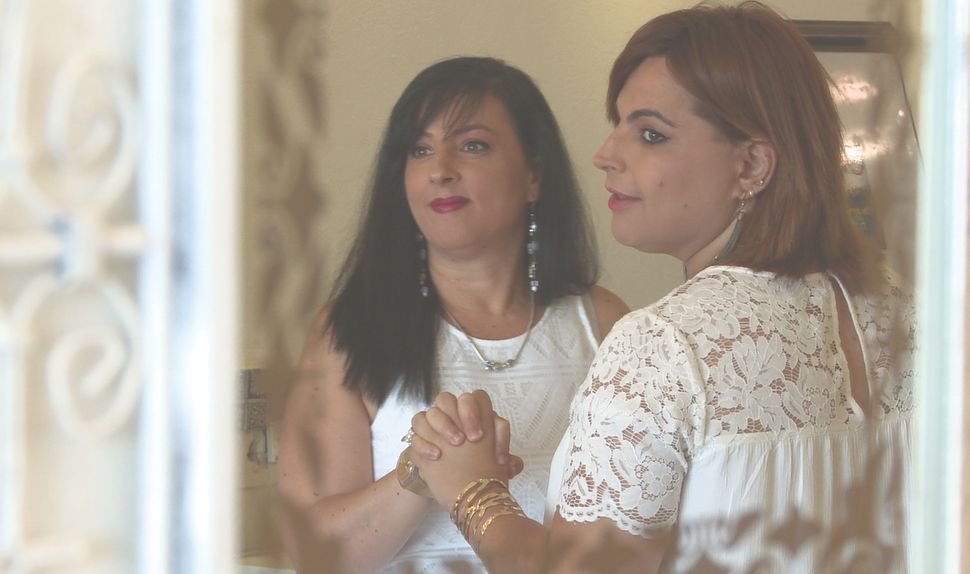 A still from “Family in Transition.” Image by Abramorama

The Israeli documentary “Family in Transition” has a happy ending.

The film, directed by Ofir Trainin, is about the Tzuk family — father Amit, mother Galit and their four children — who live in Nahariya, Israel’s northernmost coastal city. Amit and Galit run a successful software design and programming firm.

But four years ago, things changed when Amit decided to come out as transgender. That already difficult decision was further complicated by the fact that Nahariya is a small, conservative community that was unlikely to welcome the change.

As the film depicts, at first the reaction to Amit’s announcement is sadly predictable. Not many of the Tzuk’s relatives attend the bat mitzvah of their third child, Agam. Parents of one of their son’s friends won’t let them play together anymore. Amit’s father cuts off their relationship. Teenagers drive by their home on motorbikes shouting slurs. 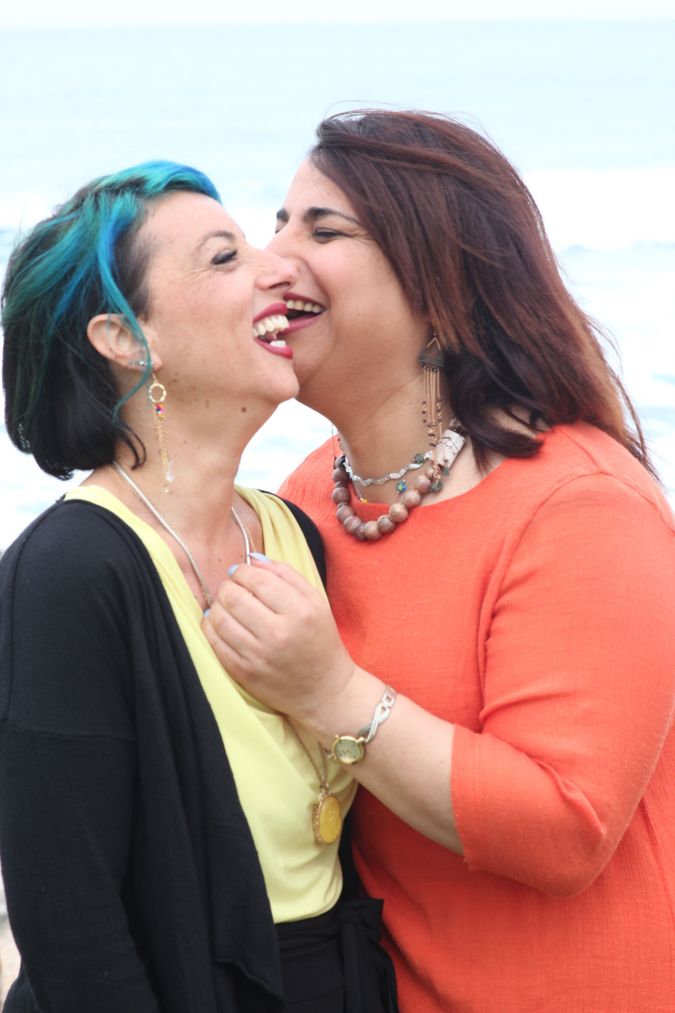 A still of Galit and Amit from “Family in Transition.” Image by Abramorama

But there are positive reactions, too. The Tzuk children cope gracefully with the pressure. The Tzuks’ business partner supports Amit’s decision to transition. Most importantly, Galit is loving and fully supportive of her spouse.

More than just support. When the couple returns to Israel, Galit tells Amit she wants to live with her forever, and insists they remarry as lesbians. Yet there are tears in the family fabric almost immediately. Galit develops a relationship with a different woman; Amit does the same.

At film’s end, the couple separates. Today, they apparently share custody of their children.

Yet the pair’s post-break-up relationship seems to be less chummy than the film would have you believe. The Forward’s Curt Schleier spoke to Amit and Galit separately; Amit had to end her interview precisely on time so she would be off the line when Galit came on.

“I felt uncomfortable in my body from the age of four,” Amit said. “No, I didn’t tell anyone. At age 11, I even started to wear my mother’s clothes and put on make-up. I did it in my room. I was 11 and afraid.”

When she came out, she said, “my father didn’t understand. He didn’t want to talk to me anymore. My mother, it was hard for her. I have one sister and she came out as a lesbian. I was the successful son and I had a family… it was a shock for [my mother]. She overcame it and became my best friend.”

In the film, Amit says her decision to come out was indirectly the result of a wound she suffered while in the military. That injury left her legs always cold, so she started wearing Galit’s tights: Thus began the process of coming out.

Amit told the Forward. “I used to return early from work, go into the bedroom and close the door [and dress as a woman]. Agam noticed and went to her mother and said ‘Daddy is very sick or has a big secret.’ So we separately told them what was going on, but they didn’t understand what was going on.”

After the transition and divorce — “we’re a divorced couple trying to maintain as normal a life as possible,” Amit said — Amit began a relationship with another woman. She now considers herself a lesbian.

Asked about her reaction to the film, she said it was “the happiest story that can be.”

Galit began her emotional journey in Thailand, where she wondered why she was the only loved one to stay with the transitioning patient.

“I started to question myself. What is wrong with me? Every other wife got divorced from the husband when he came out of the closet. Maybe I’m afraid to leave.”

She also feared what might happen to Amit if she left. So she did nothing, and when they returned to Israel she told herself the situation was “not so bad.”

But over time she found the arrangement untenable.

When the couple agreed to do the film about four years ago — they met Trainin at a support group for transgender families — the pair expected a different ending, “happy together as wife and wife like in the story books,” Galit said.

It didn’t exactly work out that way. Still, she maintains, it is “a very, very happy story.”

Family In Transition premiered at the DOCNYC festival November 11. It opens in Los Angeles November 16 and New York November 23.

In A Conservative Israeli Town, She Came Out As Trans. This Documentary Tracks Her Journey.