Should We Be Playing The ‘Schindler’s List’ Theme At Weddings? 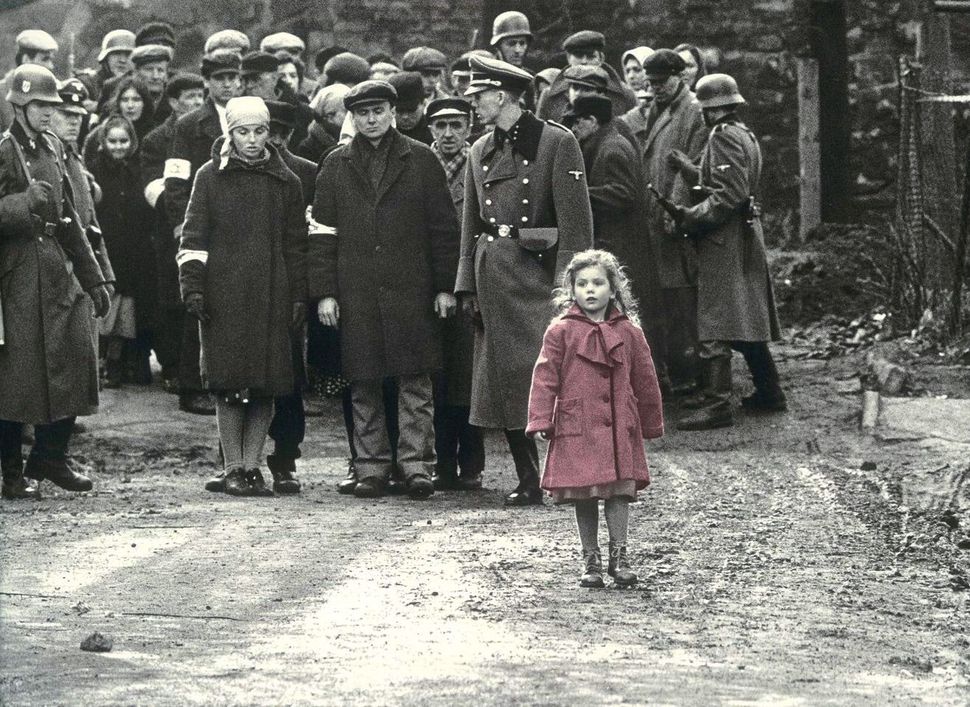 On December 2, Sir Clive Gillinson, executive and artistic director of Carnegie Hall, married the lawyer Anya Deutsch in an Orthodox Jewish ceremony in downtown New York, to the strains of the theme from Steven Spielberg’s “Schindler’s List” played by an orchestral ensemble. On such a joyous occasion, one might wonder about the choice of such a somber work, with its Holocaust-inspired subject matter.

Of course, whatever the happy couple wished to hear on their special day is their own decision. Yet Sir Clive’s co-authored book “Better to Speak of It: Fostering Relationships & Results through Creativity,” describes innovations that may result from airing topics in discussion, so the subject may be worth addressing nonetheless.

As music lovers know, the soundtrack to “Schindler’s List,” released 25 years ago this month, featured the violinist Itzhak Perlman. Subsequently, that film’s melodies achieved added popularity in transcriptions for cellists. The cello’s lower register adds a certain sobriety and soulfulness to the emotive sounds. Splashy arrangements make the “Schindler’s List” theme into a nostalgic throwback to music from the era of extroverted Romantic era cellists such as the Russian Jewish eminence Gregor Piatigorsky. It has charm and allure, without aspiring to the mournful heights of “Kol Nidrei for Cello and Orchestra,” Op. 47 by Max Bruch. A Protestant who was instructed in Jewish musical tradition by the 19th century cantor Abraham Jacob Lichtenstein, Bruch created an apotheosis of Yiddishkeit. His “Kol Nidrei” was not intended to replace authentic liturgical music.

In a comparable way, the composer John Williams (b. 1932), a long-time collaborator of Spielberg, was another non-Jew whose music has been embraced by Jewish listeners. Even cautious Orthodox consumers, who reportedly sometimes advise listening to music by Jews to avoid unkosher messages in gangsta rap and other genres, could scarcely object to Williams’ music for “Schindler’s List.” Like Bruch, Williams was inspired by Jewish musicians, especially soundtrack composers such as Franz Waxman, he told The Chronicle of Higher Education in January 2007:

“Anyone growing up in music as I have done has so many teachers who are Jewish; it’s so much a part of what we know and what we do. Those modalities and peculiarities are very familiar to us.”

Sir Clive had even further motivation for his choice in musical programming. He is himself a prizewinning cellist who played with the London Symphony Orchestra. He held different management positions with the orchestra until he was named Managing Director, a post he held until 2005, when he was hired by Carnegie Hall. Sir Clive’s mother, Regina Gillinson-Schein (1908-1999), born in Zurich to a family of Russian Jewish musicians, was also a noted cellist. Known as Wecki after her Jewish name of Rewekka (Rebecca), Ms. Gillinson-Schein had an enduring love for the instrument. Her son told “The Independent” in April 1999 that his mother “never stopped playing or listening to music, and even when she fractured her arm shortly before her 90th birthday, simply started working on the piano until she was able to lift her bow and play her cello again.” Indeed, Regina Gillinson-Schein recorded the first movement of the Bach G Major Solo Cello Suite on her 90th birthday. So, having music from “Schindler’s List” played at his wedding was an homage to his mother, as well as his own lifelong interest in the cello.

What of other weddings which unite Jewish families who might not be professional musicians? “Here Comes the Bride,” the customary march played for the bride’s entrance at many formal weddings throughout the Western world, is eschewed by most Jewish couples, since it was written by the notoriously anti-Semitic Richard Wagner as the Bridal Chorus in his opera “Lohengrin.” This lacuna allows for a certain creativity in musical planning. Couples may choose whatever suits them best, whether it be traditional Hebrew melodies or Heavy Metal. Responding to this sheer variety of possibilities, different ensembles suggest a wide range of classical and pop alternatives.

One Arizona group, The Phoenix String Quartet includes among choices for music to be heard before the ceremony, “Jesu, Joy of Man’s Desiring” derived from Cantata BWV 147 by Johann Sebastian Bach. The Manhattan Bride website likewise suggests “Jesu, Joy” as an accompaniment to a Jewish wedding. “Jesu, Joy” is of course a song of praise to Jesus, although it may have acquired a minimum of Yiddishkeit because a certain amount of its fame in the 20th century is due to a popular transcription by the English Jewish pianist Dame Myra Hess (1890–1965).

In a similar way, the UK-based Endymion String Quartet lists among its suggested repertoire for Jewish weddings, alongside such beloved choices as Dodi Li (my beloved is mine) and Jerusalem of Gold, the Christian hymn “Rock of Ages.” Written by the Calvinist Reverend Augustus Toplady, with what has been described by some historians as Methodist inspiration, the presence of the Christian hymn “Rock of Ages” may baffle some Jewish wedding guests. Yet even a casual glance at the quasi-infinite possibilities of musical programming at Jewish weddings demonstrates that almost anything goes, to the limits of the wedded pair’s own faith and commitment to tradition or innovation.

Yes, Baruch Haba is usually present for the entrance of the groom, and the zesty Siman Tov, Mazel Tov is regularly played for the recessional, but couples who decide to omit the overly familiar, if beloved “Sunrise, Sunset” from “Fiddler on the Roof” probably win points for originality. When ceremonies reflect the personalities of the principals, if the music is by Leonard Cohen, Bruno Mars, or John Legend, only flinty traditionalists could quibble.

Even so, some choices of Jewish wedding music might deliver the wrong political message, as Rabbi Michael Melchior of Talpiyot, Jerusalem (Beit Boyer), who also serves as Chief Rabbi of Norway, pointed out in “Haaretz” in December 2015. Rabbi Melchior objected to Orthodox weddings in Israel which appear to advocate anti-Arab violence by their choice of songs, or as he termed it, “soundtrack of hatred.”

Another, more physiological, concern about the music at Orthodox weddings was studied by Evan Hirschhorn in his Ph.D. thesis on audiology at The City University of New York in 2015. Dr. Hirschhorn interviewed 149 attendees at three Orthodox Jewish weddings. He concluded that 68% of the wedding guests were aware that the music for dancing was “too loud,” while 75% admitted that the “noise reaches dangerous levels.” Questions were asked of the study subjects about whether they wear earplugs at weddings, and whether they “would use earplugs more often if the wedding host provided them.” Beyond the mazel tov due to Sir Clive Gillinson and his bride on this occasion, congratulations are surely also in store that they did not deafen any of the guests at their ceremony.

Should We Be Playing The ‘Schindler’s List’ Theme At Weddings?