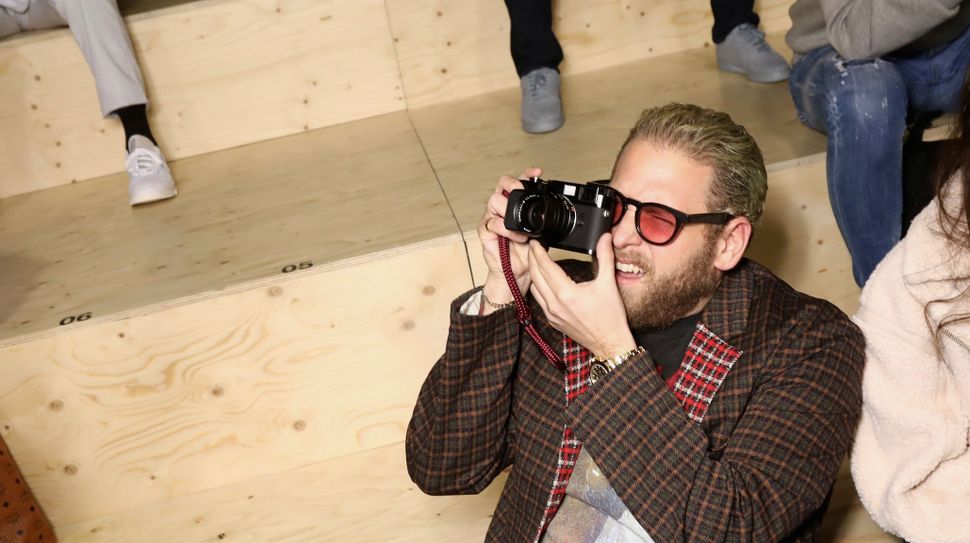 The typical crowd at Zabar’s is a far cry from most music video background actors. That didn’t stop Jonah Hill.

Shoppers at the Upper West Side staple were confronted with a film crew led by the “22 Jump Street” star Wednesday evening, The West Side Rag reports.

Patrons’ reactions to the shoot, apparently for a Vampire Weekend music video documenting “a day on the Upper West Side,” ranged from apathy to annoyance. But really, what else would you expect from New Yorkers on a marble rye run?

“People were shopping the whole time,” customer Jackie Leitzes told The Rag. “Many folks were totally oblivious and one lady got mad because the PAs were blocking access to ‘her dinner’ in one of the cases! So Upper West Side.”

Judging by pictures and video obtained by The Rag, it looks like Hill (nee Feldstein) set up shop behind the fish counter, filming the band’s front man, Ezra Koenig, as he kibbitzed with store employees. Though both are Members of the Tribe, they appear strangely unaware of the dangers of keeping Jews from their sable and smoked salmon.

The Rag reports some lucky customers were picked to stand at the counter for the camera – no word on whether production let them skip the line.