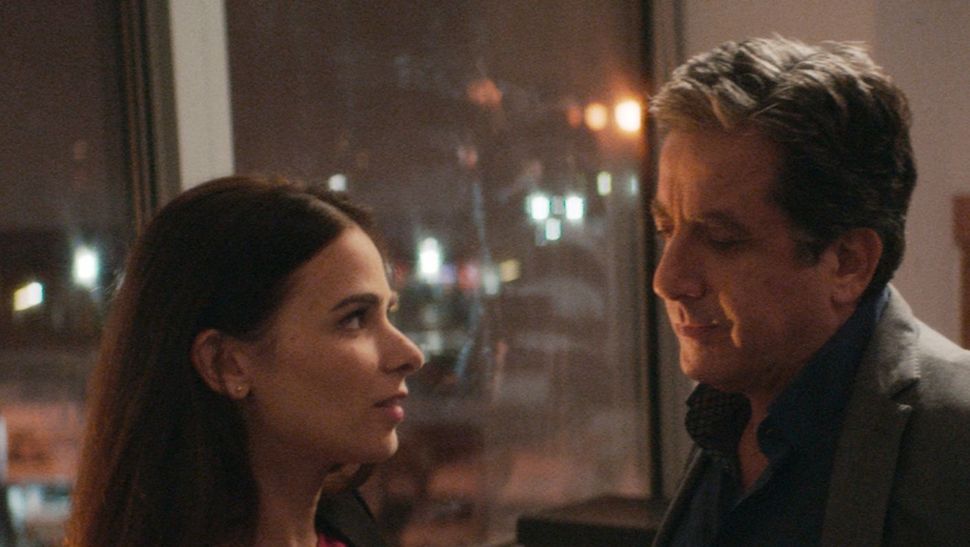 It’s a familiar story that nonetheless demands retelling: A woman, a job and a boss who doesn’t respect boundaries.

So runs the plot of Michal Aviad’s “Working Woman,” which premieres in New York March 27. The film arrives in the United States amid a monumental cultural reckoning surrounding the way we behave in the office, in the bedroom and in the spaces in between. Aviad is a veteran Israeli filmmaker whose work, including the award-winning documentary “Jenny and Jenny” (1997) and her narrative film “Invisible” (2011), centers women’s perspectives in relation to social and political problems. With “Working Woman,” she takes aim at male abuse of power as Benny (Menashe Noy), a prominent real estate developer, complicates the career path of his employee Orna (Liron Ben Shlush), a young mother of three, with his unwanted advances.

PJ GRISAR: American audiences will no doubt think of this film in terms of the #MeToo movement. I know in Israel there was also One of One – a movement under which many Israeli women came forward with stories of sexual abuse – and that predates #MeToo. Was the film inspired by this moment of cultural awareness we’re having? 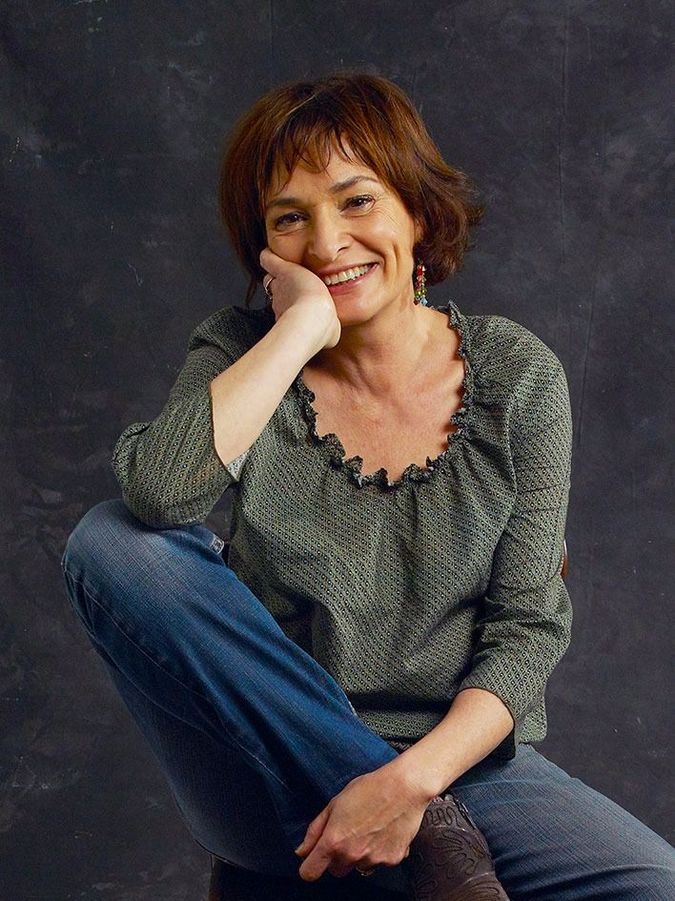 MICHAL AVIAD: I started writing the film in 2012. Of course, I was extremely influenced by whatever thoughts and movements existed, but it was pre-#MeToo. Sexual harassment became something that we spoke about only in the 1990s when the laws changed, including in the United States. Before that sexual harassment wasn’t a crime. So the consciousness was being raised for the last 20 years really slowly until it exploded with #MeToo.

You lived in San Francisco for many years. Do you find that gender dynamics are different in Israel than in the United States?

Israel is so influenced by the United States – much more than by Europe, I think, even though it’s closer to Europe and half of the population came here from Europe. I don’t think that there are any major differences. Some people in the United States identify less with Ofer, Orna’s husband and [his feeling that his pride is damaged]. But I think in the United States also men are contaminated with all the duties that they have to perform, including being the strong ones and defending their wives from any other men.

Orna is a woman working in real estate development selling apartments. Ofer is trying to start a restaurant – cooking and making food. What made you decide to put them in those places in particular?

I was looking for a workplace that is not one of the big institutions where there are more checks and balances and ways to complain. But most women – most people – work in small places such as real estate. In our capitalist system so many people are working in selling, And when women are working in selling there is a dress code that many times is on the border of sexy, enticing and so on. So all this brought me to real estate.

As far as Ofer and his restaurant, I think, again, a way to go up the ladder is to try and be an entrepreneur, to invent something, to have your own business. This is what American capitalism teaches us. It’s the same system under Netanyahu.

You mentioned the dress code– which changes at one point. Orna needs to dress more conservatively for her main clients, who are religious French Jews. Is that something you’re observing – French Jews looking to move? There is a lot of fear in France about Jews’ well-being there.

We who live in Tel Aviv notice the French people who are coming here. Sometimes they only buy apartments for their retirement or for their vacations because they – and American Jews as well – have more money than most of us do. The sense is the people that come from the outside have more income and many times cause the rent to go up and make the properties cost more. Because of their money they have a lot of power and Orna and Benny are trying to get that money from them.

The ways that Benny behaves and exercises his power feel very specific. Was his character informed by superiors that you’ve had or supervisors that people you know have had?

I’ve been a director from early on, so I didn’t have many bosses. But I did have many older colleagues and I know as much as anybody else knows about relationships between women and men. To decipher that is always extremely complex.

I read tons of testimonies, I heard many stories [of sexual harassment] and my feeling was “I do understand it all, but until I see it, I don’t understand it.” I wanted to make a film about the proximity of bodies. About silences in dialogue when there is sexual tension.

Something that is a little different from here is the pre-existing relationship that Benny and Orna have. He was an officer at her base in the military. Most Americans don’t have that kind of connection to other people.

When you know somebody from the army it’s as if you have known him during work and outside of it. I think it’s similar in the United States with people who know each other from summer camps or from college. You live in dormitories, you know so much about these people. If you meet them 30 years later, still, they’ll have some way into your heart. And because Benny maybe saw her years ago in the army as a very good secretary or clerk or office manager, he may have thought “she doesn’t have experience in real estate, but I know that she’s good.”

And here it’s a chance to in some way extend that power that he had over her – though maybe not directly – when she was a lot younger.

Yes. But Benny is just one kind of harasser. He could be somebody who insults her instead of complimenting her on the way she performs. His way of behaving is very specific. I didn’t want to make him a total villain and I thought that many times with our superiors, especially when we are young, we tend to admire them and be extremely grateful for what they teach us and we depend on them. I think that’s what happens to Orna. That doesn’t mean that she wants to sleep with him, and that’s the big mistake that many times people make.

Liron Ben Slush is incredible as Orna. What was the casting process for her like?

She was the protagonist of one fiction film [“Next to Her” (2014)] before. A very good one actually which her husband directed and she wrote. So she’s also a scriptwriter. I did auditions with many women for the film and so many of them told me about their sexual harassment stories. When you just say “sexual harassment” you get stories. They’re not rare.

But the moment I saw the video of her audition I knew it was her. She understood something so profound about Orna I thought. I wanted to work only with her. Then I realized she was 20 weeks pregnant. And even though she promised, like all young actresses do, “I’m going to give birth and come onto production a day later,” I realized she needs her leave and to go come back to her body and to connect with the baby and the producers were kind enough to postpone filming.

How you capture the work she does; the way she’s framed: Sometimes you give her a lot of space and there are a lot of long takes in wide shots mixed in with well-curated close-ups. I wonder how you think of the way you shoot her and all of your women given film’s troubling legacy with the Male Gaze.

I do think about it a lot. A lot. The only films I saw about sexual harassment at work were “Fatal Attraction” and “Disclosure” which basically make us, the viewers, want to harass the woman as well. I knew that I really wanted Orna to preserve her dignity, I knew that I did not need any nudity in the film.

But that’s beside the point of female film-making. I really feel like cinema is light and movement, as we all know, but it’s also body because we mostly film human bodies. I think that’s really expressive especially in relationships that are so tense. I really wanted to see her fear or her embarrassment or her wondering also from her neck, from her head, from her shoulders. That’s what we did. I wanted to have two points of view, which is her point of view when the camera really tries to see what she sees, and the director’s point of view with a little more distance to allow the three characters to do their thing. The long takes have to do a lot with the feeling that what is done between the words is as important as the words themselves, so there’s no need for shot/reverse shot as conventional cinema still does.

What do you hope American audiences take away from the film?

I’ll tell you my big hope and then my small hope.

My small hope: I really would love for people who see it, women and men, to take one more step beyond #MeToo to understand that the real story is not the story of rich, famous news-making women (which I do appreciate, but which is such a small percentage). The film is about the millions and millions of anonymous women who are working because they need to provide for their families, because they need meaning for their lives. Who are working as chambermaids and factory workers and in offices all around the globe. All of our situations are very similar, so that’s the small hope.

The big hope now: The film raises a much more profound question which is very unpleasant and that’s “Can women and men work together?” And my big fantasy is that women and men will really start to talk to each other and somehow get off the jackets of the cultural stigma in which they were raised and try to see the other as similar to you. Then everything would be much easier because it would be so obvious – you can approach a woman and see if she’s interested or not and if she isn’t interested she’s not: That’s it.