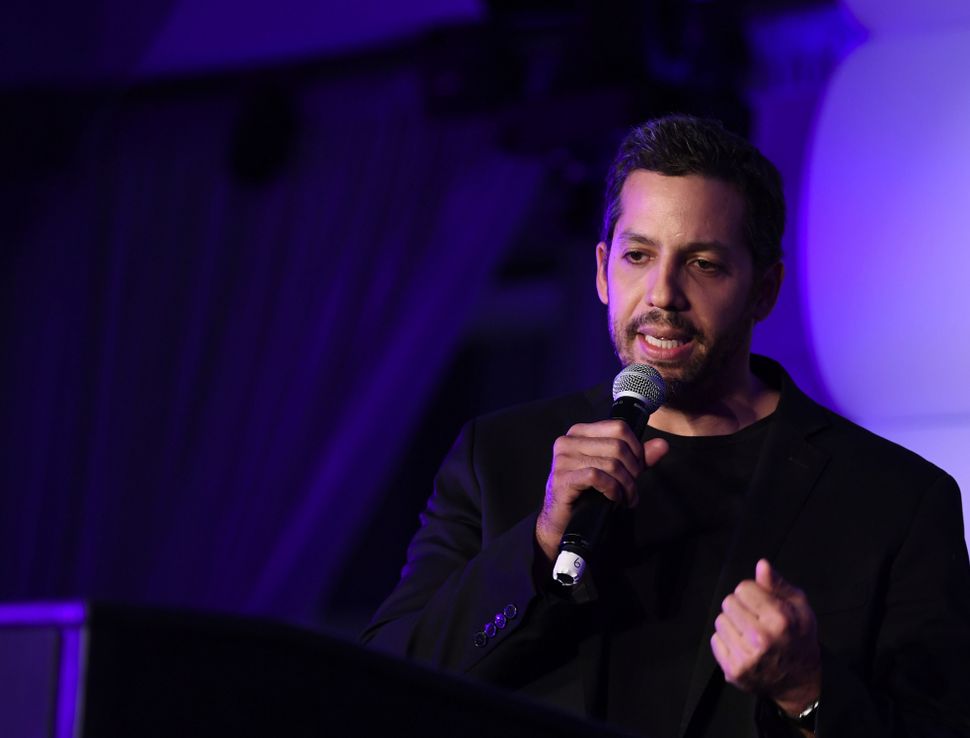 In a news conference April 1, Dermot F. Shea, the department’s chief of detectives confirmed the investigation into the complaints, first reported by The Daily Beast. Shea refused to comment on the details of the allegations or whether the department was looking to interview Blaine.

A senior department official told The Daily Beast that Special Victims Unit detectives took statements from two women. Blaine has not been charged. He told The Daily Beast the police had not approached him but declined further comment. At press time, Blaine’s representatives have yet to respond to a request for comment from the Forward.

Blaine is best remembered for a number of high-profile stunts staged near world landmarks. Blaine’s first major feat came in 1999 when he was buried alive for a week in a plexiglass coffin near Manhattan’s Riverside Drive. In later years, Blaine encased himself in ice in Times Square, suspended himself over the south bank of the Thames in a glass box and spent a week in a water-filled sphere at Lincoln Center.

In 2017 The Daily Beast reported Scotland Yard was investigating Blaine for “an allegation of rape” made by the former model Natasha Prince and said to have occurred in London in the summer of 2004. Blaine denied the allegation and Scotland Yard declined to pursue the matter further.

According to an unnamed source from The Daily Beast, one of Blaine’s accusers told police he assaulted her in his Manhattan apartment in 1998. This alleged crime might fall outside the 21-year statute of limitations in New York State.