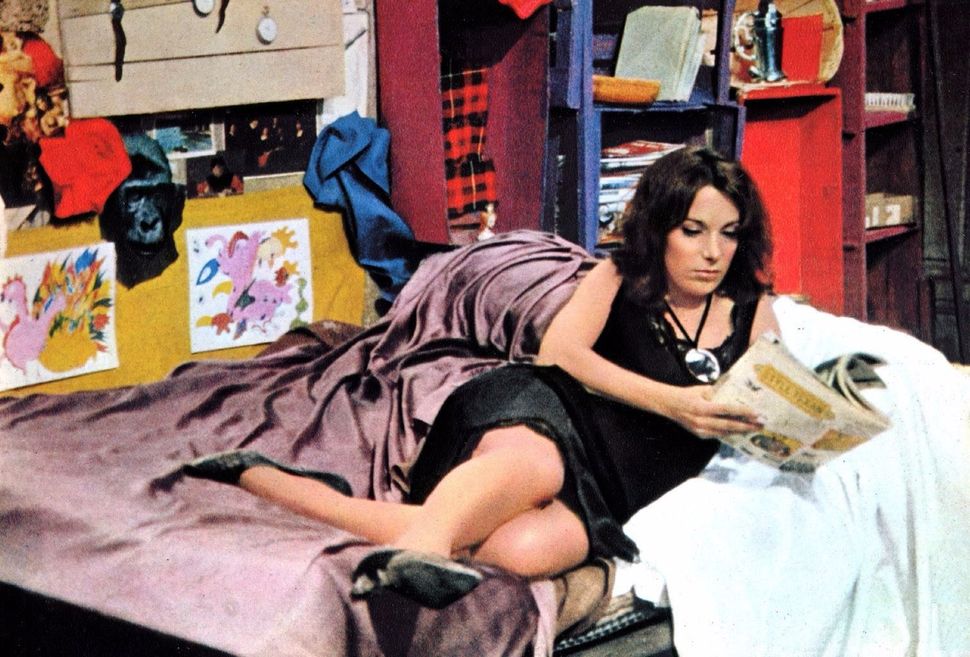 Bernadette Lafont in ‘A Very Curious Girl.’ Image by Courtesy of Lobster Films

Like the fierce women she committed to the screen, the young Nelly Kaplan was a risk-taker, unafraid to break barriers, or, for that matter, marriages.

The Argentinian-born director arrived in France in 1953. She was 22, didn’t speak a word of French and had a meager $50 to her name, but within two years she had become the mistress, confidant and protégé of the French titan of cinema Abel Gance, director of the 1927 silent epic “Napoleon.” 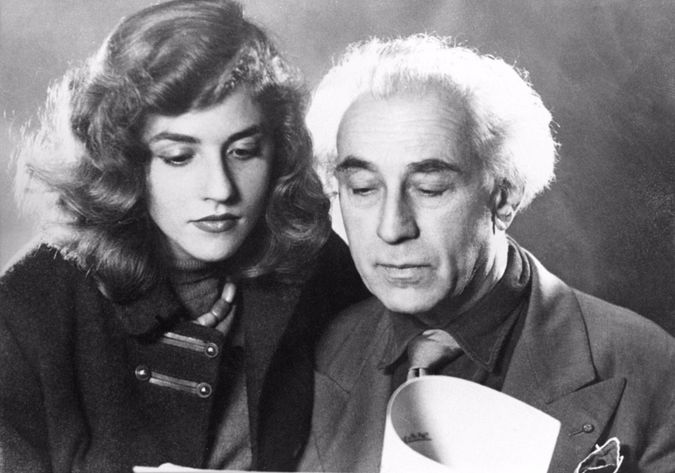 Kaplan was the steady hand and cool head that guided Gance’s 1959 comeback “Austerlitz” through production, overseeing a difficult cast, which included Orson Welles, Vittorio de Sica and Pierre Mondy, on location in Zagreb. Demonstrating her mettle and earning Gance’s trust, she then directed the second unit on his 1964 film “Cyrano et D’Artagnan.”

Gance later spurned Kaplan, siding with his anti-Semitic wife (who, according to Kaplan’s letters, attacked her on set with screams of “Dirty Jewess”), but she rebounded from their affair with a groundbreaking career of her own. 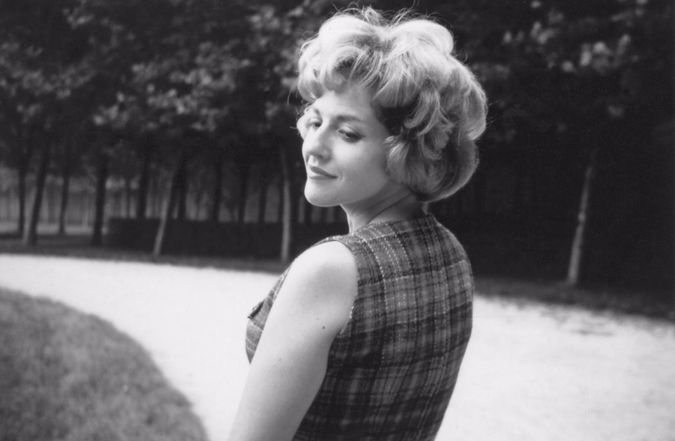 Nelly Kaplan in 1957. Image by Courtesy of Lobster Films

Proving Kaplan bears no ill will, she directed a 1984 a documentary tribute to her old flame, “Abel Gance and His Napoleon.” That film and six others are screening at New York’s Quad Cinema as part of its retrospective, “Wild Things: The Ferocious Films of Nelly Kaplan,” which runs April 12th through the 25th. The documentary is tamer than it is ferocious, but recalls Kaplan’s first lauded efforts in directing a number of artist sketches, beginning with the 1967 Golden Lion winner “The Picasso Look.”

Kaplan’s most audacious and best-received film was her follow-up to the Picasso documentary, “La Fiancée du Pirate” (“A Very Curious Girl”), which turns 50 this year with a premiere 2K restoration playing at The Quad on opening night.

The film stars Bernadette Lafont as Marie, a young, reviled woman who disrupts her small country community by selling her body to the men – and one woman – in power.

“I see Marie as a witch who doesn’t let herself be burned; she sets fire to the others,” Kaplan, who is now 88 and living in semi-retirement in Champs Elysées, told Film Quarterly in 2018. The film set the world on fire when it premiered in 1969, at the cusp of the women’s movement.

“A Very Curious Girl” received the French equivalent of an NC-17 rating — not so much for its sex scenes as for its lack of negative consequences for its sex-positive protagonist. Despite the restrictive rating, the film was a career peak for Kaplan, premiering to a standing ovation and winning the Medaille d’Or at the Venice Film Festival. 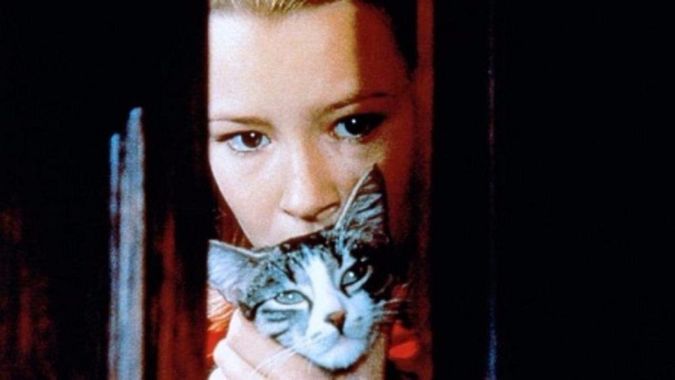 The film cemented Kaplan’s reputation and introduced a number of her trademarks: credits rolling as the protagonist travels down a country road to a new beginning; a witchy familiar (here a goat, elsewhere a cat or bird); Lafont (who she would use again to great effect); the fiery destruction of a building at the story’s denouement; and an intimate boudoir scene that gives her heroine space to exist free of the prying male gaze.

Most significantly her first feature film, “A Very Curious Girl” launched the prototype of a Kaplan character: A woman who, with a sense of fun, flips power dynamics to her own advantage, upending systems of gender relations, money and law by working their existing levers.

“My women are never victims,” Kaplan told Joan Dupont in her interview with Film Quarterly. 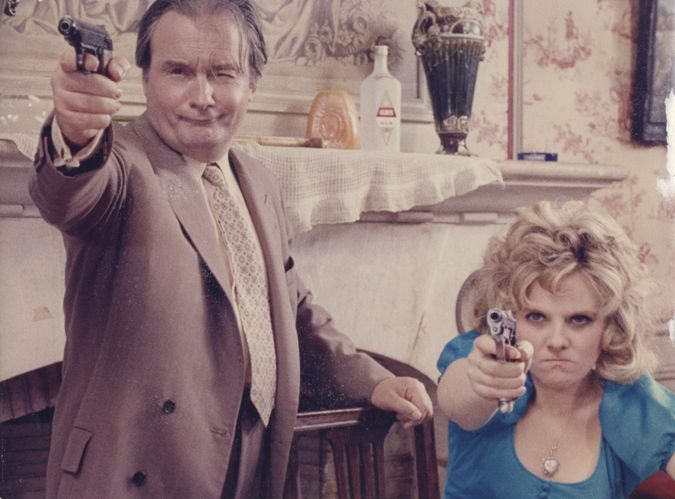 Certainly not, even when their circumstances would have it so.

In “Velvet Paws” (1986) two women learn they have the same husband and force him to live as a manservant in his own home under threat of reporting him to the police for bigamy. In “NEA: The Young Emmanuelle” adapted from a story by Emmanuelle Arsan, a 16-year-old erotica writer seduces her older publisher and takes revenge when he cheats. “The Pleasure of Love” (1991) has three generations of women using false pretenses to share the same womanizing man, and “Papa the Little Boats” (1971) stars a kidnapped heiress who, in the mode of “Ransom of Red Chief,” outwits her captors.

Her women are hyper-competent and her men are often reduced to childishness, but despite the feminist edge to her work, Kaplan rejects the title, citing a “hatred of men” she feels — as many in her generation do — is endemic to the movement.

After the bracing, satirical bite of “A Curious Girl,” Kaplan, who wrote her own scripts before a reprieve from filmmaking in the ‘90s, mellowed some. With the exception of “NEA” (a famous flop for not being as titillating to men as the other “Emannuelle” films), her later work treats sexual politics with a broader, more farcical humor too rarely found in the art house. Her 1979 film “Charles and Lucie” (1979), also part of the retrospective, is one in which sex is secondary, but is, for my money, a funnier take on “The Out-of-Towners.”

In nods to her own professed witchiness, Kaplan peppered her oeuvre with crystal ball psychics. One might be reminded of the late Agnés Varda’s opening for the otherwise black-and-white “Cleo from 5 to 7” (1962) in Kaplan’s use of tarot cards and lush mise en scene. But Kaplan, though she continued to write prolifically and make films with her regular stable of actors, never achieved Varda’s profile – not that she cared much for the New Wave, which was already on the outs when she hit the scene.

It is possible Kaplan was a victim of the radical climate she helped create. Having once shocked the world, she also inured it to one-time filmic taboos she first introduced. But Kaplan believes the unprecedented success of “A Very Curious Girl,” coming from an Argentinian immigrant, made her French colleagues jealous. She felt alone in her first and only triumph, a persona non grata in film circles: an independent outsider like her onscreen avatars. 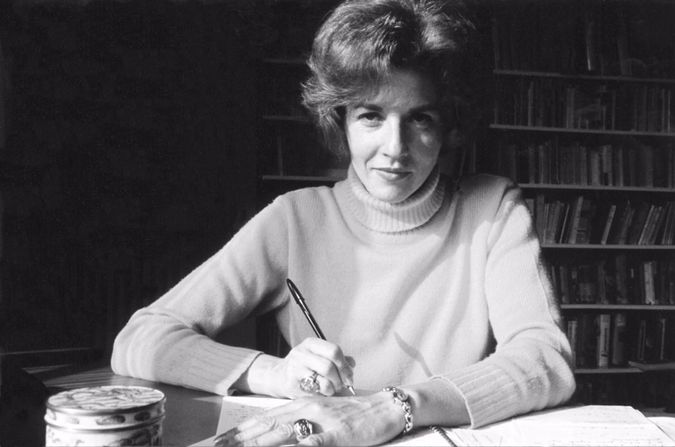 Some are are under the impression that Kaplan, whose last cinematic release debuted 28 years ago, is dead. But when Dupont found her in 2018, the filmmaker not only provided proof of life, but evidence her career was far from finished. She would love to make a film – provided she retains creative control. (The studios, she said, found her stories “too violent”).

To this day Kaplan, who scandalized and inspired the public with her first feature film 50 years before, is still too much for some.