WATCH: Is Robert DeNiro’s New Ad Complicit In The Assimilation Of Bagels? 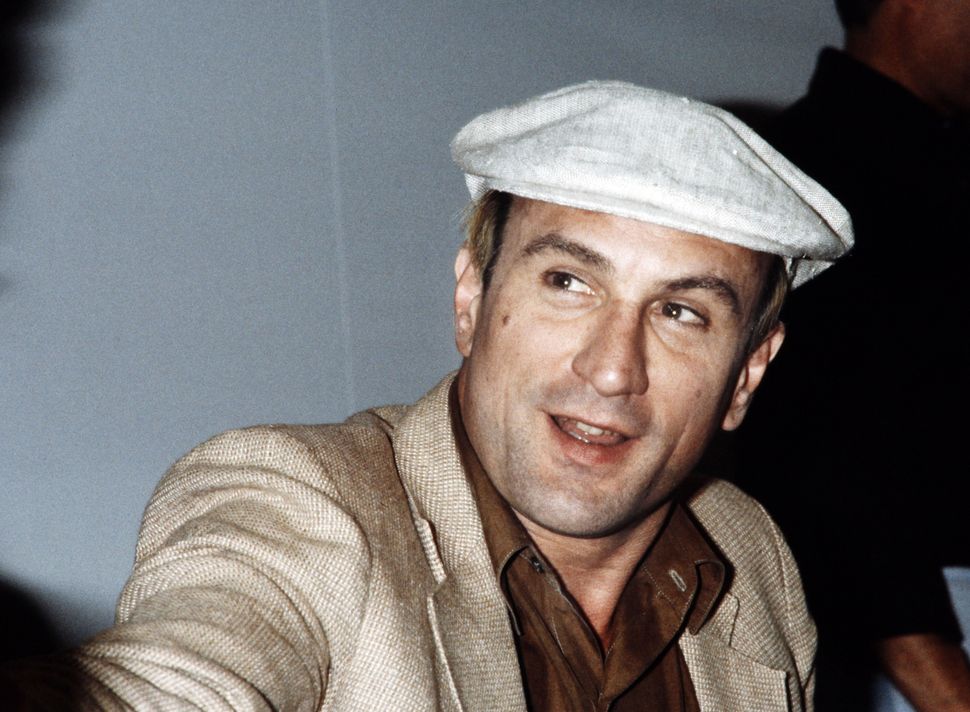 What is Jewish about Robert De Niro, Bolton, and Warburtons? On the surface, nothing. One is an actor known for primarily playing Italian-American roles. Another is a town in northwest England that once had a synagogue. And the other is a traditional English bakery firm. But what all these things have in common is the humble bagel.

Warbutons’ latest advert for its bagels has just dropped and it stars Robert De Niro, reprising his roles in “GoodFellas” and “Analyze This” as he muscles in on the English bakery, takes it over, and launches his own range of “GoodBagels.” (Clearly, he is following in the footsteps of fellow American actor, Harvey Keitel, also known for playing gangsters, who now sells insurance for the British company Direct Line as “Winston Wolf”.) This humorous fusion of the bagel, the mafia, and northern England while played for laughs, actually betrays something deeper at work.

The Warburtons bagel commercial obscures its Jewish origins, if consumers here even knew of them in the first place. Probably many people in the United Kingdom, and across the world, simply think of the bagel as a New York product. Here, you can buy “New York Bakery Co. Bagels.” There is nothing Big Apple about them apart from the image of the Statue of Liberty emblazoned on the packaging. This New York connection is cemented by the casting of Robert De Niro. Not so well known for his Jewish roles in “The King of Comedy,” “Once Upon A Time in America” and “Casino,” he is more frequently associated with his New York roles as in the film “Taxi Driver.”

Consumers therefore won’t know of the bagel’s sixteenth-century origins in Poland. Or how it was brought to the United States and the United Kingdom by Jewish immigrants. Or how there are heated debates over how it is correctly pronounced “bay-gel” or “bye-gel.”

They also won’t know that, once, the bagel symbolized Jewish nostalgia for a simpler happier past. As poet Isaac Rosenfeld rhapsodized in Commentary back in 1949, the bagel stood out “like a golden vision of the bygone days when life was better, when things had substance, staying power, and an honest flavor of their own.” The bagel symbolized the past not just because of its long history, but also because its preparation was difficult work, which took a good deal of time to pick up. Until the invention of machine techniques, bagel-making couldn’t have been done by just anyone but required skill and patience. The craft of hand-made bagel-making contrasted with mass-produced American bread, what Irving Pfefferblit called “that tasteless, flavorless, bodiless miracle of modern science.”

Since then, bagels have appeared on the big and small screen to code Jews. Being a Jewish tradition imported into the United States and other Western countries, it stands as a culinary signifier of Jewishness. In “Amy’s O,” we understand the protagonist’s Jewishness because, over a breakfast of bagels, her parents express their concern over her lack of dating. Woody Allen uses this device in a variety of his movies. A bagel on Val Waxman’s (Allen) desk in “Hollywood Ending” marks him out. In “Celebrity,” Rabbi Kaufman (Kenneth Edelson), a guest on a talk show, inquiring about the lack of refreshments asks “Where are the bagels? Did the skinheads eat all the bagels already?”

The bagel is also often used to mark the Jew as a subject of humorous difference in the world of the goyim. In “Meet the Parents,” where everything conspires to remind Greg Focker that he is a Jew of low status, at breakfast, where he is the last to arrive, still wearing his pajamas, he is the only person shown eating a bagel. And at the beginning of “The Hebrew Hammer,” the hero, Mordechai Carver, is teased by his Gentile counterparts, “Hey Mordechai. Want a bagel?” while a non-Jewish boy feigns choking. Here, the bagel identifies Mordechai both as Jewish and as a subject of difference.

Now, though, all of this history and symbolism is disappearing, as the bagel becomes yet another example of mass-produced British bread — a tasteless, flavorless, bodiless miracle of modern science — coupled with commercials that know nothing of its history. But at least it’s still kosher.

WATCH: Is Robert DeNiro’s New Ad Complicit In The Assimilation Of Bagels?