The Jewish Spy Who Kept Us Safe At Home 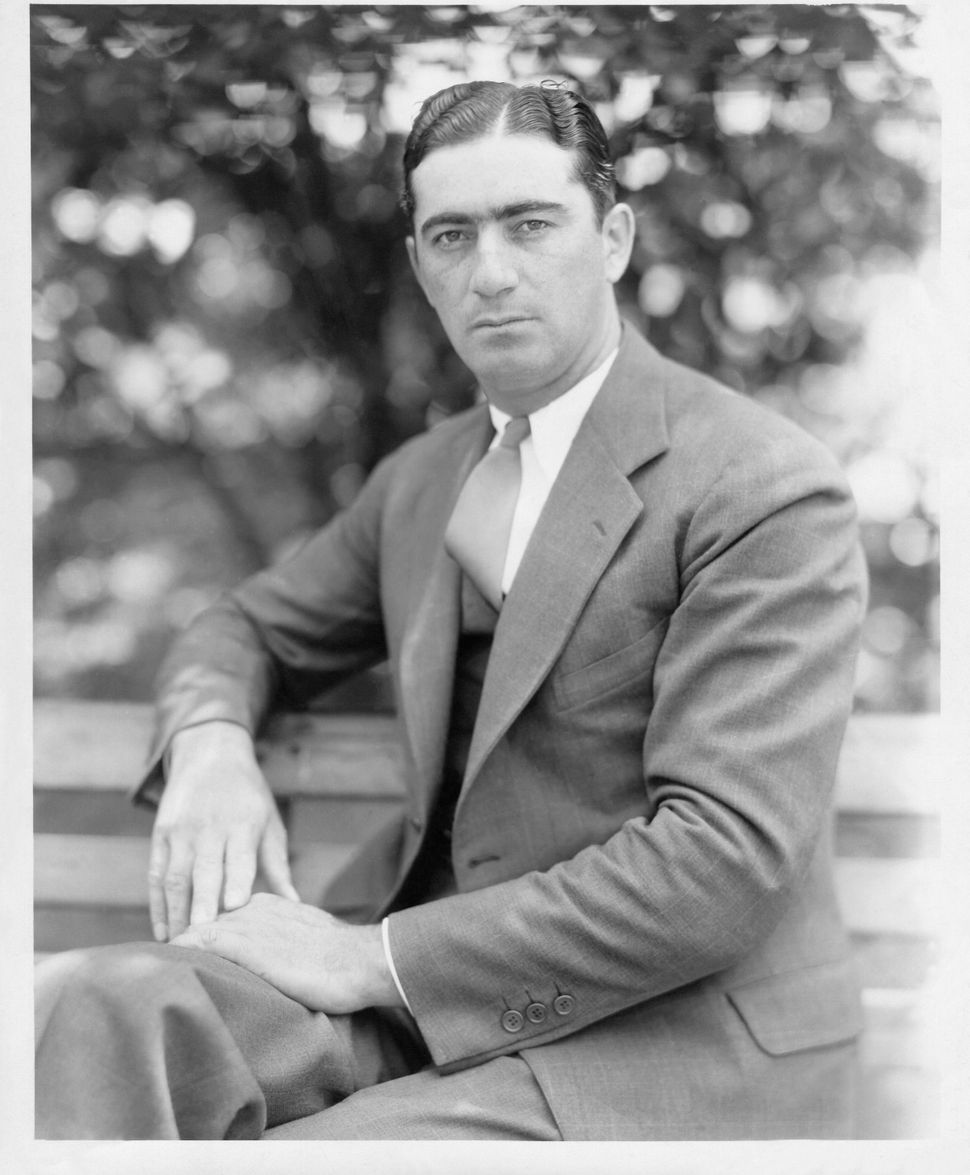 On The Bench: Moe Berg played catcher in the major leagues and spied for the OSS. Image by Courtesy of Irwin Berg

Producing a film about baseball great Hank Greenberg, the first Jew in the major leagues, was one thing for veteran documentarian Aviva Kempner. In a sense, she had grown up with him. “I heard the story so often, how Hank Greenberg would not play baseball on Yom Kippur, I thought it was part of Kol Nidre,” she said only half kidding during a phone interview from her Washington, DC home. “The Life and Times of Hank Greenberg” was a natural for Kempner.

Moe Berg not so much (no special nostalgia there), though all the requisite narrative, not to mention political and cultural, ingredients were present. The handsome womanizing Berg was a catcher (from 1923-1939 with the Brooklyn Robins, White Sox, Red Sox, Cleveland Indians, and Washington Senators), a brilliant linguist, an OSS spy and a Jew. But most important the enigmatic, charismatic subject fit into Kempner’s larger mission. “My M.O. has always been to do films that combat the ‘isms,’ fascism, racism, sexism, anti-Semitism.” Presenting Jewish heroes heads her list of ambitions. Kempner is also a film critic and the founder/producer of the Washington DC Jewish Film Festival, now in its 29th year.

“The Spy Behind Home Plate,” the first full-length documentary about Berg traces his extraordinary journey from childhood to undercover agent. Born in 1902 to Russian Jewish immigrants in a cold water Harlem flat, Berg fell in love with baseball early on. By the time he was seven and living in Newark, he was playing for a Methodist Church team. He felt a sense of “otherness” from the outset and was secretive about his Jewish roots. At Princeton, a notoriously anti-Semitic institution at one time, he majored in modern languages, and played shortstop for the baseball team, where he was able (allegedly) to describe plays in Latin and Sanskrit for the baseball team. Later, in an effort to please his druggist father, who had little use for the great American pastime, he went on to earn his law degree at Columbia University (after graduating magna cum laude from Princeton), but in the end chose baseball over a legal career. 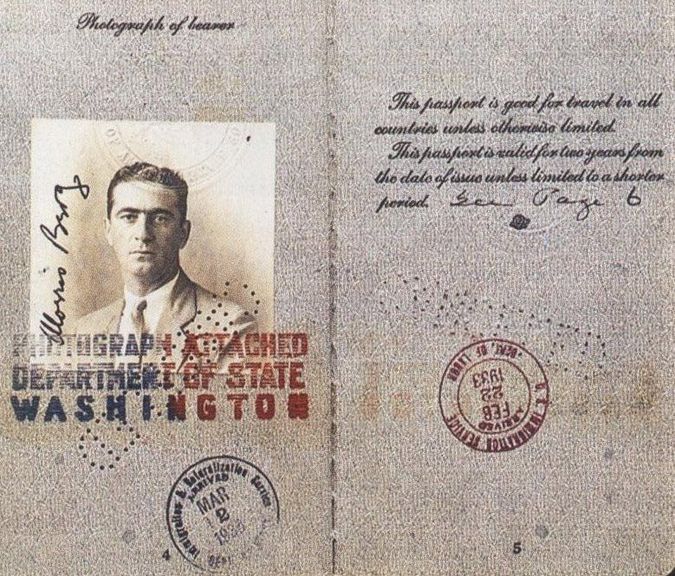 Shortly after the United States entered World War II, the story gets a little fuzzy. Somewhere along the line Berg was recruited by the OSS, the precursor of the CIA, though it’s never entirely clear when, by whom, or what his assignments were. In the film, we see him traveling to Japan (he learns Japanese on the ship over), first as a coach/mentor to aspiring Japanese baseball players and then in 1934 as part of an all-star exhibition tour (including Lou Gehrig and Babe Ruth) that visited cities across the country as ambassadors of good will.

In one striking episode, Berg sneaks into a Tokyo Hospital sporting a kimono with flowers in hand. In short order, he disposes of the flowers, moves to the rooftop and photographs the city’s landscape — including the harbor and munitions factories. Ten years later, in 1944, he was tapped to attend a lecture in Zurich given by Werner Heisenberg, head of Nazi Germany’s atom-bomb project, to determine if the country was close to creating a nuclear device. If that was the case — and it turned out not to be — Berg was assigned to assassinate him.

Kempner has little doubt that Berg played a significant role in helping prevent the Nazis from making the atom bomb. But she does acknowledge that much mythology surrounds Berg, most pointedly the notion that he parachuted into Yugoslavia to evaluate the partisans’s efforts. “There is no evidence to believe that happened,” she said.

Sources also include Nicholas Dawidoff’s biography of Berg, “The Catcher Was a Spy,” (that served as the basis for a theatrical film starring Paul Rudd) and a never completed film about Berg made by documentarians Jerry Feldman and Neil Goldstein, some of whose interviews conducted between 1987 and 1991, have been incorporated into her film. 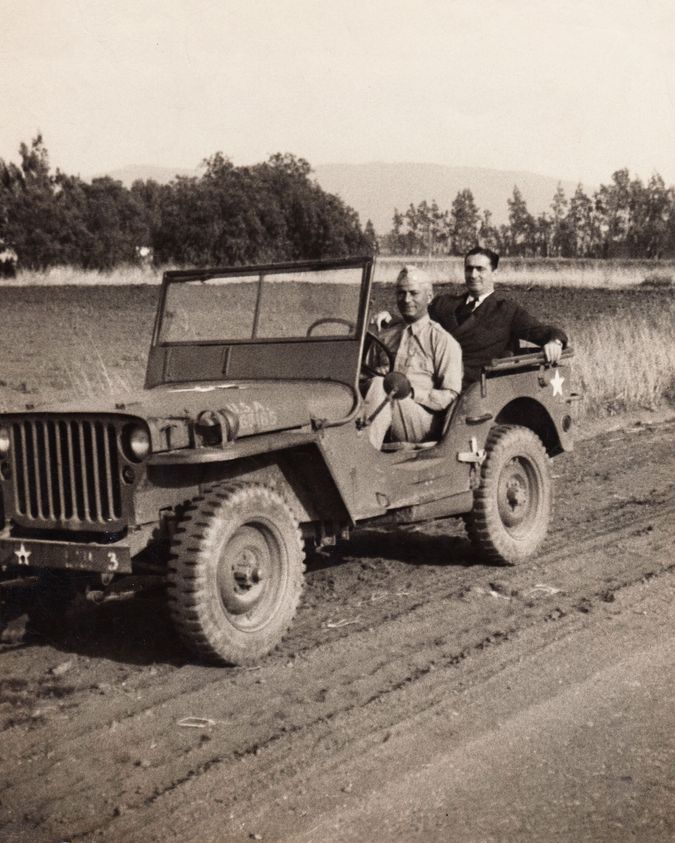 A Long Ride From Home Plate: Moe Berg with his brother Sam in a military jeep during World War II. Image by Courtesy of Irwin Berg

The research proved eye-opening for Kempner who had no way of anticipating the extent of Berg’s brilliance or his uncanny street smarts or his mind-boggling bravery, made all the more impressive because as a Jew he took unprecedented risks simply because of who he was. Berg debunked the nebbishy Jewish male trope, “but also the idea that brains and brawn cannot exist in the same person,” she said. “But the saddest thing for me is the fact that his father never went to see him play in a game. No, I don’t think his father was a Jewish stereotype. It was just old country vs. new country.”

Asked to what degree she edits out material that might confirm anti-Semitic views, Kempner conceded her mission is to celebrate Jews. “What was important to me was to show Berg’s courage and just how tedious and dangerous undercover work is. You can give yourself away by the shoes you wear and the way you speak. I finished the story when Berg finished spying. Somebody else can talk about what happened to him afterwards.” According to Dawidoff and others, Berg’s final years were dark and shrouded in mystery. 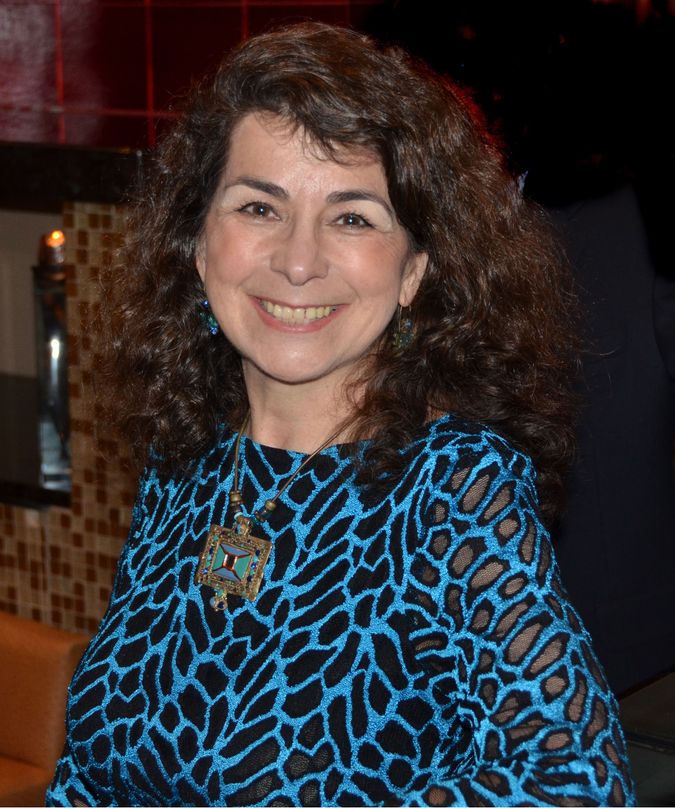 Born in Berlin in 1946, Kempner was the daughter of a green-eyed, blond Polish Jewish woman who could “pass” as Catholic (that’s how she survivied) and a Jewish American army officer (a Lithuanian native). Many of Kempner’s relatives (including her paternal grandmother and great grandparents) were killed in the camps, others were survivors and, while the topic was rarely discussed, its presence was palpable.

When Kempner was four, the family relocated to Detroit, where she grew up with her sights set on a legal career. She graduated from the Antioch School of Law but failed to pass the bar. The fact that her father had died recently did not help nor did her difficulty with multiple choice tests, she said. “I always thank the bar for flunking me. If I had passed I wouldn’t have been a filmmaker. I would have been a suffering immigration lawyer,” she said.

Now forty years down the road, Kempner views that crossroads in her life as a moment of epiphany when for not-readily definable reasons she decided to make a documentary about the resistance (“Partisans of Vilna”), to show Jews fighting back, quashing the picture of passive Jews going to their deaths like so many sheep.

Later there was “Yoo-Hoo Mrs. Goldberg,” (2009) and “Rosenwald,” (2015). The former explored television’s ground-breaking Gertrude Berg, who created, wrote, and starred in the popular ‘50s sitcom, “The Goldbergs” and blazed the trail for women in the entertainment world. “Rosenwald” presented Jewish businessman Julius Rosenwald (1862-1932), co-founder of Sears Roebuck and a prescient philanthropist who partnered with Booker T. Washington to build schools throughout the Jim Crow south in the post Civil War years.

The recent spike in global anti-Semitism convinces Kempner that her mission and the films she makes are more relevant than ever. That said, she’s encouraged by the work she’s seeing in TV and film, starting with “The Marvelous Mrs. Maisel,” and the recent documentary, “Ask Dr. Ruth,” as well as Israeli movies and TV programs zeroing in on the lives of the Orthodox from “Fill the Void” to “The Women’s Balcony,” to the current streaming family drama, “Shtisel.”

“It is a great series and I love it when the characters speak in Yiddish,” she said. “So much fear and bigotry comes from lack of familiarity, from not knowing a particular community. A show like ‘Shtisel’ breaks down the barriers.”

But Kempner is especially heartened by the number of original Holocaust films coming out of Eastern Europe, especially those from countries experiencing a right wing surge, like Hungary. She praised “Son of Saul,” and “1945,” the latter depicting what transpires when two orthodox Jews return home after the war. The film focuses its lens on the townsfolk and how the Jews’ arrival evokes an amalgam of complex feelings, while the prodigal Jews discover they have nothing left. This film had personal resonance for Kempner.

“My aunt talks about coming back to Poland after the camps to her occupied home and the woman who answers the door is wearing her clothes,” says Kempner matter-of-factly. “What could she do? She left and went to Israel.”

Kempner does not foresee a time when Holocaust movies will be dated, though she knows trivialization and worse inaccuracy are potential problems. Still, when they’re done well they teach important lessons that might not otherwise be known and they defy the views of the Holocaust deniers, she said. They also speak to other genocides, past and present, like Rwanda and what the Europeans did to the Native Americans.

Along with such issues as nuclear disarmament, climate change and immigration, the plight of Native Americans is of foremost concern to Kempner. She is talking about the appropriation of Native American imagery and memorabilia, among other abuses, including the moniker of her home town’s football team, “The Washington Redskins.” Indeed, a film examining the topic is on her drawing board. Another film idea she’s toying with, one with a darkly comic element, would examine the historical lack of facilities for women working in the capitol. “I’ll call the movie, ‘Pissed,’” she said deadpan.

At the moment, however, her thoughts are most focused on her Moe Berg flick, hopeful that it engages and informs audiences while fulfilling her underlying ambition: creating a film that shows how “We can own our own history,” she said. “One of the problems in films about Jews is that they’re often presented as ‘the other.’ My films are very much American stories. What’s more American than TV, World War II and Sears, which was Amazon before there was an Amazon? What’s more American than baseball? Moe Berg is an American hero.” She paused, “But, if you had told me I was going to be making sports films I would have laughed.”

Simi Horwitz is an award winning film reviewer and arts reporter whose stories for The Forward, among other publications, have been honored including most recently, “Ruchie Freier: Hasidic Judge, American Trailblazer,” which received the 2018 Front Page Award given by the Newswomen’s Club of New York.

The Jewish Spy Who Kept Us Safe At Home