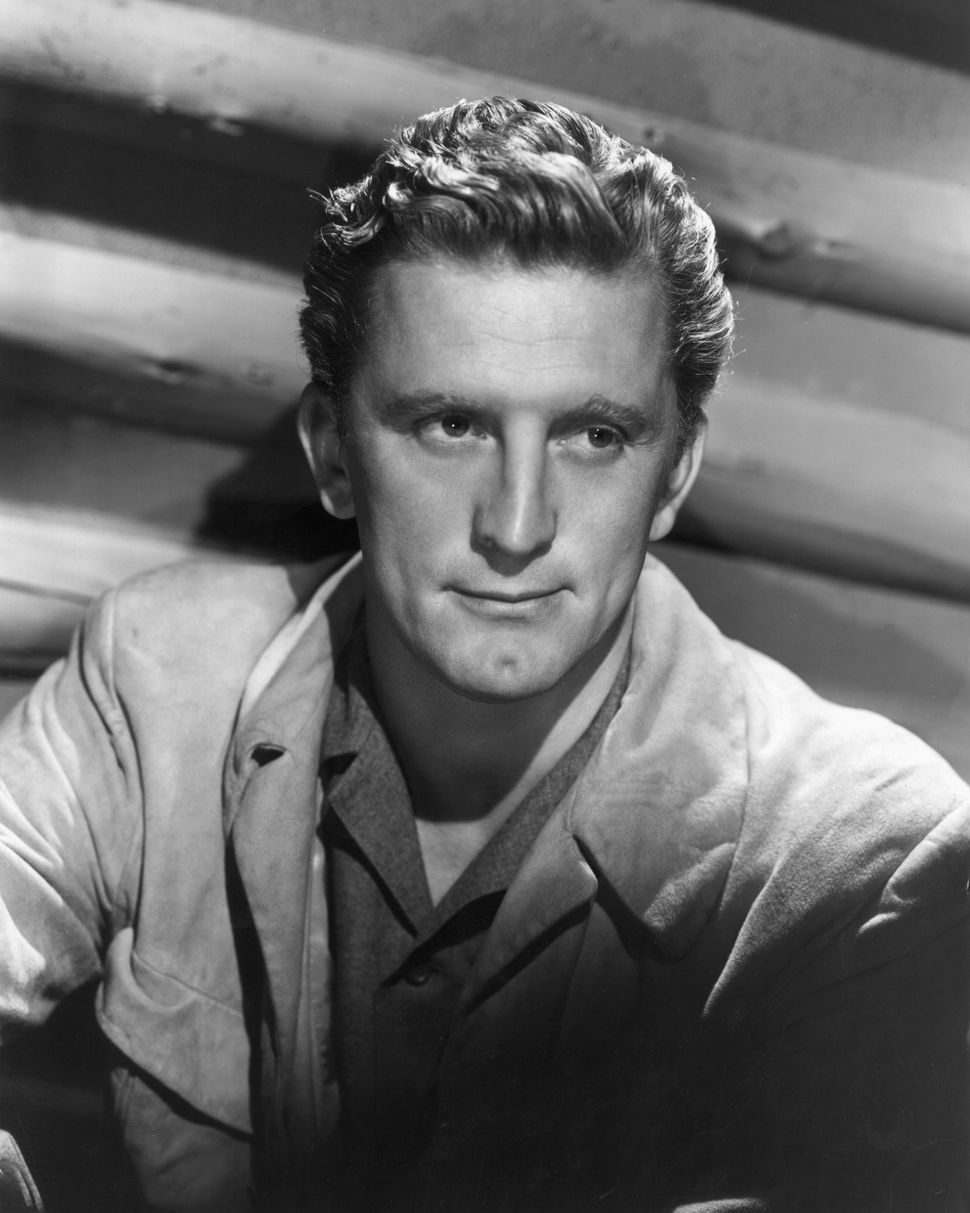 The obituaries of Hollywood legend Kirk Douglas uniformly recount some of Douglas’s — and Hollywood’s — greatest films: “Spartacus,” “Paths Of Glory,” “Out Of the Past,” “Ace In the Hole,” “Lust For Life.

Yet, when I think of a quintessential Kirk Douglas film it is not of any of those, but his now largely forgotten 1953 Holocaust /Halutz themed film “The Juggler” and the outsized place it had in my early years.

“The Juggler” was whirlwind Jewish producer Stanley Kramer’s second film following his hit 1952 film “High Noon.” Kramer gravitated to social issues as in the 1949 “Home Of the Brave” (racism) and 1950’s “The Men,” (the travail of disabled veterans) But “The Juggler” was something entirely different.

While the Holocaust is mentioned in earlier films (“None Shall Escape,” 1944) “The Juggler” was not only the first film to conflate Holocaust atrocities and the promise of Jewish healing in the newly formed state of Israel, but – thanks to Kramer’s passion for verisimilitude — also the first Hollywood film to shoot there.

The film was a prestige ingathering for Kramer. The music was penned by avant-garde composer George Antheil whose best known composition is the audacious “Ballet Mechanique” and who collaborated with Hedy Lamarr on the development of “frequency hopping” in what eventually would be the foundation of digital cell phone telephony. The film was directed by Edward Dmytryk whose 1947 film noir “Crossfire” about an anti-Semitic murder garnered five Oscar nominations, winning none perhaps due to Dmytryk having earlier offered his unfriendly testimony before the House Unamerican Activities Committee. And finally, Kramer worked with Kirk Douglas in the 1949 boxing film “Champion” for which Douglas earned his first Oscar nomination.

In “The Juggler” Douglas plays Hans Muller a Jewish Munich native who, before the war had been a celebrated and beloved juggler but whose concentration camp experience had emotionally crippled him (early in the picture at the Haifa disembarkation, Muller accosts a woman and her children insisting they were his family, despite knowing his family was murdered. When asked by an emigration official what he can do besides juggle, he says:

I can wash dishes, sweep barracks, clean toilets. I can also smile while being beaten by fists, feet, straps and long rubber hoses. I can be used as a guinea pig for new drugs and old poisons. All of which we learned as guests of the Nazis.

Muller’s mental damage is further revealed where he inadvertently kills an Israeli policeman mistaking him for a Nazi. Douglas’s escape, eventual capture and inevitable rehabilitation, was profiled against the rugged landscape of an emerging Israel.

The film has been largely forgotten in part because of the subsequent blockbuster success of Otto Preminger’s 1960 “Exodus,” which not only covers the same territory as “The Juggler,” but does so in bright lush Technicolor and without the underlying broken Douglas. This may also explain how a 16mm safety print of the film would be affordable to a journeyman Borscht Belt projectionist and how I would end up seeing it.

I grew up singing in choirs, accompanying my late father Zindel Sapoznik ( “The Last Of the Rovner Khazonim”) in B-list Borscht Belt hotels. The Normandie, the Gradus, the Majestic, had all seen better days but, in catering to “grine” like my family, it slowed the faltering hotels’ decline for a few extra years.

Among other hotel entertainments, one was “Movie Night” courtesy of an itinerant showman who came with two rickety 16mm projectors, a portable screen and a car trunk full of movies. The film canisters – called “Goldbergs” in the movie theater business – were mostly filled with beat-up, sprocket-damaged, third generation strike pre-war Yiddish films. But among them was “The Juggler.”

So, it was on “movie night” that I would see “The Juggler” in a room full of Holocaust survivors who had never seen their tragic plight portrayed on a screen in a major Hollywood film and who reacted accordingly.

“The Juggler” was a big hit with the hotel audiences who — like my parents —- were survivors and who felt the visceral pang of familiarity with Douglas’s tortured character. And, while I can’t recall exactly how many times I saw hotel screenings of “The Juggler,” it was many: a recent broadcast on TCM found me mouthing lines after more than half a century of not seeing it.

Several obituaries mention Kirk Douglas’s return to Judaism late in life, but given his powerful portrayal of a damaged Holocaust survivor – and the visceral and memorable response it afforded actual Holocaust survivors — it may have been much earlier.

Henry Sapoznik is an award winning record and radio producer. His most recent reissue project is “Protobilly: The Minstrel and Tin Pan Alley DNA of Country Music 1892-2017” (JSP Records)