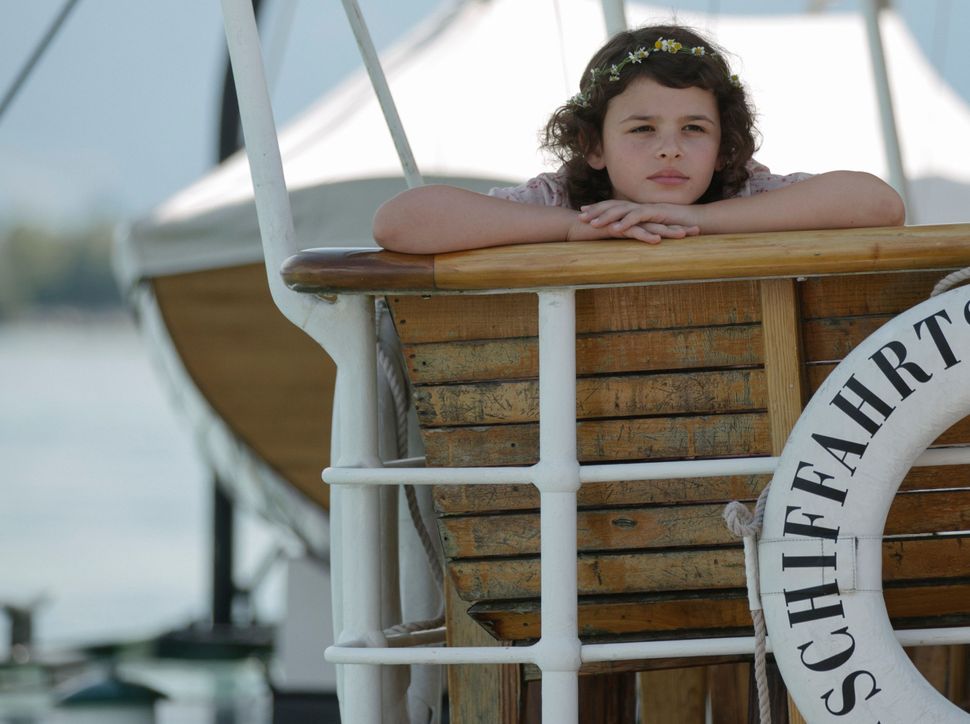 When Caroline Link reread “When Hitler Stole Pink Rabbit,” decades after she first read it for school, she underlined a passage where Swiss boys throw gravel at the young Jewish protagonist. She couldn’t wait to direct that scene.

It’s a curious, if not quite startling moment in the chapter book, a 1971 semi-autobiographical novel of Judith Kerr’s life in exile from Germany, which began when she was nearly 10, just days before the Nazis won the 1933 election. While living in an inn in the mountains, Anna (Kerr’s alter ego) is followed home by male classmates who shout her name and pelt her with shoes and dirt.

The gang only stops when Anna’s mother intercedes, grabbing hold of a boy and demanding to know why they’re chasing her daughter. “Because we love her!” the boy insists, blushing and ashamed.

“I never really met any Swiss person who could confirm that that is the habit, but I think that is a very unique little episode,” said Link, the director of the Oscar-nominated film “Beyond Silence” and Oscar-winning “Nowhere in Africa,” also about a Jewish refugee family. “When Hitler Stole Pink Rabbit”, her eighth feature film, is coming to select American cinemas May 21. 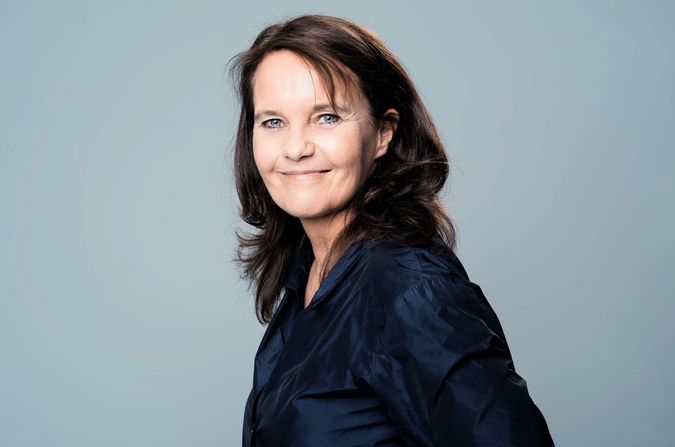 On film, departing somewhat from Anna’s point of view, Link captures another dimension to the scene only hinted at in the text. Swiss actor Carla Juri, playing Anna’s mother, registers a fear that is more than motherly concern. The reality that her daughter is Jewish and a refugee from the Nazis — and that their hatred may have trailed them over borders — lands like a punch to the gut. The relief in her expression when she discovers the boys do this out of love is something you can’t quite write.

Kerr’s book, originally written in English and dramatized in the film in the author’s native German, was mandatory reading in German schools during Link’s childhood. Link loved it for its gentle touch.

“You don’t have to be afraid of the book,” she said, “It is not especially brutal or cruel, but at the same time it is not superficial. it doesn’t play down the tragedy of the situation for the family.”

But Kerr wrote in an author’s note that she was inspired to write the novel — and two follow ups — partly to correct the impression that her childhood, for all its difficulties, was tragic. When Link spoke to Kerr over the phone — the author died in May of 2019, two weeks before Link could show her a cut of the film — she insisted her time as a refugee was “the most beautiful time in my life” for how close it brought her family together.

“That really surprised me,” Link said, “I wouldn’t have dared to say something like that.” 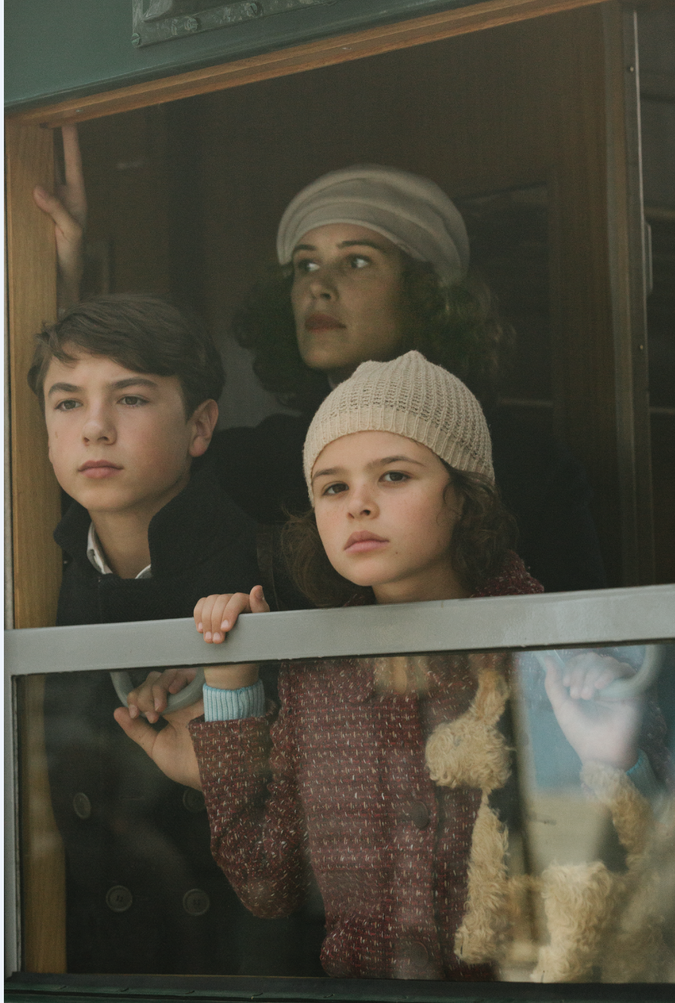 In some ways the film is less optimistic. Anna, played by newcomer Riva Krymalowski, is more aware of the Nazis and what they mean for the country and her family, hiding from members of the Hitler Youth in the opening scene. Krymalowski, who is Jewish, already had a connection to the subject matter, a factor Link said made her stand out in auditions.

“She has that in her DNA,” said Link.

Other changes tweak the formula of Kerr’s book to elaborate the dangers of the time for Jews. An Austrian boarder at the family’s flat in Paris becomes an antisemitic neighbor. We also feel the family’s worries more acutely as the power goes out in their apartment and Anna and her brother, Max, fish for change in a fountain.

Link also wanted to include more information about Kerr’s father, Alfred Kerr, fictionalized as “Arthur Kemper” in the book and film. This meant alluding to the Jewishness he found as a displaced person by adding a scene filmed in the Augsburg Synagogue in Bavaria.

“All of a sudden he was confronted by being either homeless, not belonging to any country anymore, or finding his identity in who he is,” Link said of Alfred Kerr, who was a celebrated (and much-feared) author and theater critic. “I think, in exile, it becomes a comforting experience in a way to realize, ‘I am not alone, I have these people that are spread all over the world and we will always belong together.’” Riva Krymalowski as Anna and Oliver Masucci as Arthur. In this scene, new to the film, they visit a synagogue in Paris, filmed at a historic temple in Augsburg. Courtesy of Greenwich Entertainment

Arthur, played with pensive charm by Oliver Masucci (who, ironically enough, also portrayed Hitler in the comedy “Look Who’s Back”) grounds the adult stakes of the family’s dilemma. His chemistry with Juri, away from Anna’s gaze, sometimes indicate the real-life couple’s struggles, and more often their love, distinguishes the film from other child’s-eye chronicles of the period.

But if the book served as a kinder introduction to the Nazi era for German school children, the film, which premiered in December 2019 in Germany, is now sparking discussions about the present among students.

“When I showed the movie to school classes in Germany, I was prepared to talk about antisemitism, about that time, about the Nazis,” Link said, “But more questions came from children about what it means to be a refugee.”

Older children, recognizing the far-right trends in Europe, spoke with Link about how the media and populist voices still pose a danger of “history repeating itself.”

With the film arriving in America, Link hopes audiences see it as a “plaidoyer,” or plea, “for tolerance.” Religious, ethnic or otherwise.

“What the Kerr family learned on the positive side is that you can, as long as you stay together, find a home in different countries and environments,” Link said, “and that there are everywhere, good people and bad people.”