Yes, there have been plenty of one-off TV episodes centered around the Jewish ritual, ranging from “Big Mouth” to “And Just Like That” to “The Wonder Years.” And sure, one could make an argument for “A Serious Man,” the Coen brothers’ 2008 masterpiece about a Jewish physics professor undergoing an existential crisis, except the hero’s son’s bar mitzvah only factors into the story tangentially.

But after that, things get pretty sparse. “Keeping Up With The Steins,” the 2006 Jeremy Piven comedy about warring bar mitzvah families, got lukewarm reviews, at best. And the less said about “Donny’s Bar Mitzvah,” the better.

Now, though, we have a serious contender: “Cha Cha Real Smooth,” a low-key charmer from 25-year-old writer-director-star Cooper Raiff that opens Friday in theaters and on Apple TV+. (Apple acquired the film for a record sum at this year’s Sundance Film Festival, just like it did with last year’s eventual Best Picture Oscar winner “CODA,” and seems to be adopting a similar release strategy here.)

Named after a lyric in “Cha Cha Slide,” a 2000 hit by DJ Casper that has become a standby of bar mitzvah playlists everywhere, it’s a film that seems to understand something subtle about the dramatic potential of bar and bat mitzvahs — even though Raiff himself isn’t Jewish, we never see the inside of a sanctuary, and the R rating aims the move at a post-bar mitzvah audience. 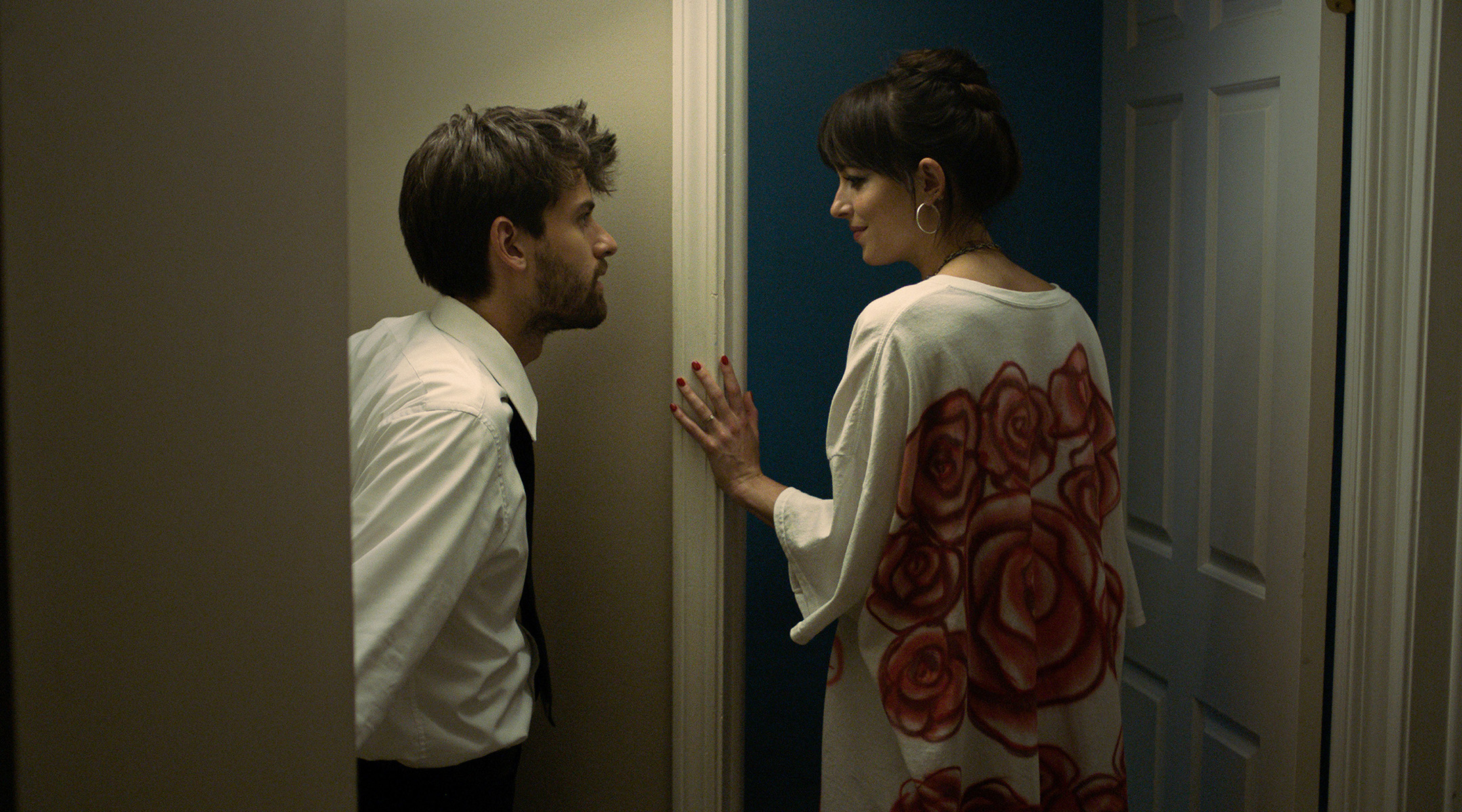 So what makes this one special? “Cha Cha” takes the bar mitzvah’s central coming-of-age idea, that a single ritual at the appropriate time marks the true threshold of adulthood, and runs with it in an unexpected manner. Its hero, Andrew (Raiff), isn’t a bar mitzvah boy but rather his hype man: the guy the parents hire to make sure the hormonal honorees (and all their friends) are having a good time at their own party.

In a sign of what’s to come, Andrew is first seen as a teenager hopelessly in love with an adult “motivational dancer” at a friend’s bar mitzvah party, oblivious to their age and maturity gap. Fast-forward a decade and we watch Andrew himself become a motivational dancer, once again falling in love with an older woman (Dakota Johnson, playing depressed single mother Domino). He spends his evenings among the pubescent, caught between the carefree world of his youth and the unanswerable tensions of adulthood.

The chance to liven up some b’nai mitzvah parties, and extend adult-ish confidence boosters to his 13-year-old brother in the process, is the lone motivator in this recent college grad’s otherwise deeply directionless life. Bunking back in his New Jersey childhood home with his bipolar mother (Leslie Mann) and self-serious stepfather (Brad Garrett, playing against type as a humorless scold), Andrew can’t quite figure out whether he wants to be an adult at all. He continually seems to be glitching back and forth between maturity (launching his own party-starting business) and debasement (drinking on the job; spinning the adults-only Cardi B hit “WAP” for a roomful of junior high school kids).

Raiff’s publicists did not respond to multiple Jewish Telegraphic Agency requests for an interview. But he’s told other outlets that his inspiration for the film came from growing up in a wealthy, heavily Jewish community in Dallas, where most of the kids at his school were Jewish and the bar mitzvah party was a major marker of social status. Raiff was less interested in the easy jokes one could make about elaborate, expensive parties than in the undercurrent of the ritual itself: what it means to put so much attention and so many expectations on a 13-year-old.

“The whole experience is, you see your close friend and the fruits of his or her labor. And so you’re seeing this whole new life of people that you’ve known for so long,” he told The Playlist. “They were such huge, huge events in my mind.” 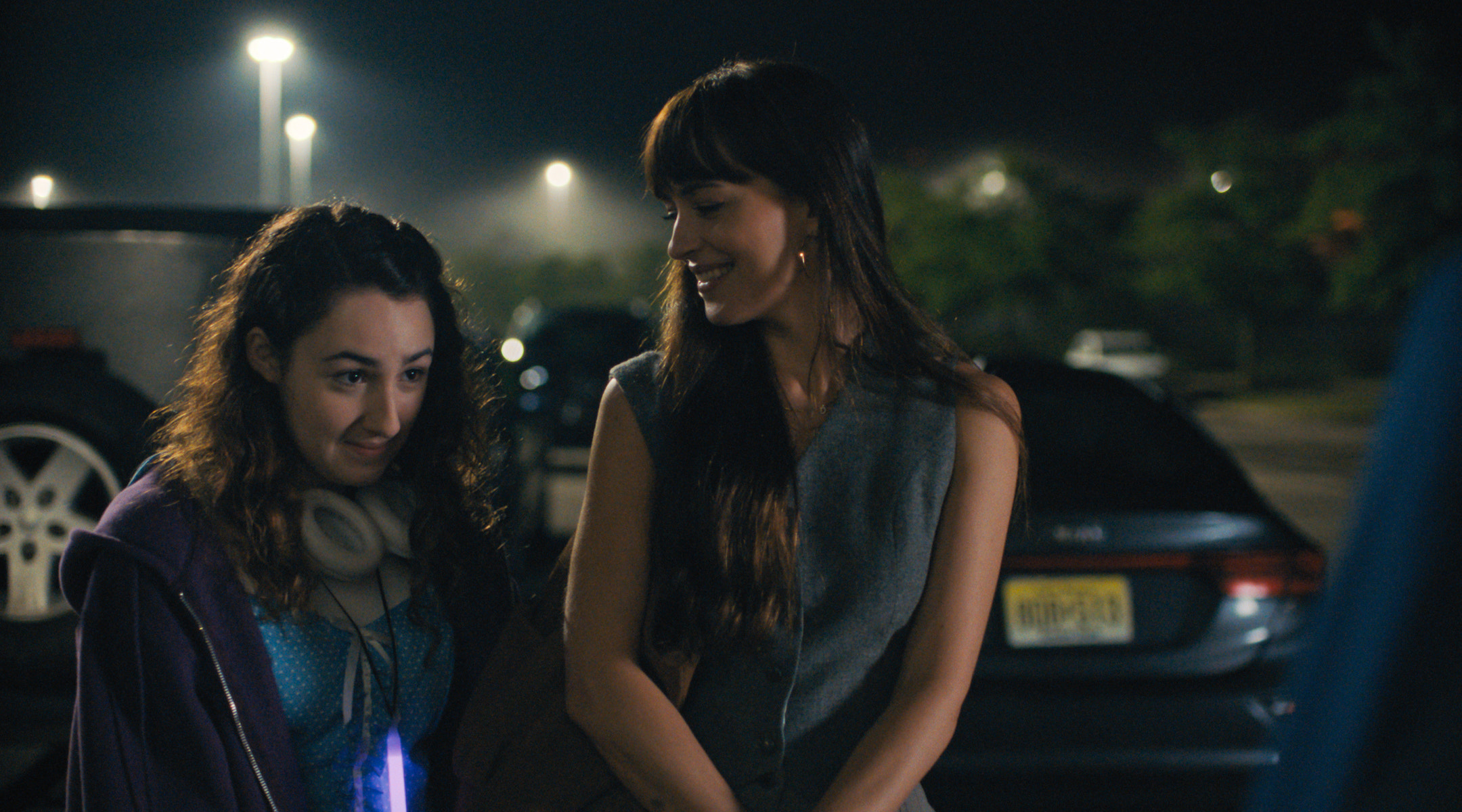 This outlook translates on screen into a curious outsider’s perspective on Jewish pathways to maturity. Its main characters aren’t preparing for bar/bat mitzvahs themselves (Domino offhandedly remarks that she’s also not Jewish), yet they still treat the parties as rites of passage: important social engagements that will determine whether they can have meaningful relationships with their peers. Andrew might think he’s the one teaching these teens how to do that, but actually — as regular viewers of the prototypical “Sundance dramedy” have likely already deduced — they’re teaching him.

Case in point: One significant character, Domino’s autistic teen daughter Lola (played by newcomer Vanessa Burghardt, who is herself on the autism spectrum), explains to Andrew why she’s less comfortable in social situations than he is, and why she often needs to recharge by sitting in an empty room. Andrew’s acceptance of this information constitutes what, for him, is growth: the realization that confidence can come in many different forms, and doesn’t just show up on the dance floor. (The disability rights nonprofit RespectAbility, which often works on disability inclusion issues within the Jewish community, consulted on Lola’s representation in the film.)

What can “maturity” mean to a drifter like Andrew; to a lost adult like Domino; to their young charges decked out in their awkward formal wear; or to someone like Lola with an entirely different outlook on life? “Cha Cha” explores the different aspects of this question with wit and insight, if not a particularly Jewish perspective. But it’s not entirely without Jewish insight. When the non-Jewish heroes witness a bar mitzvah boy call his family up to lead the motzi and kiddush, they get emotional: This image of a family coming together to mark a life stage means something grand, even if they don’t have the words for it.