Hip-Hop Violinist Miri Ben-Ari: A Role Model for Our Daughters 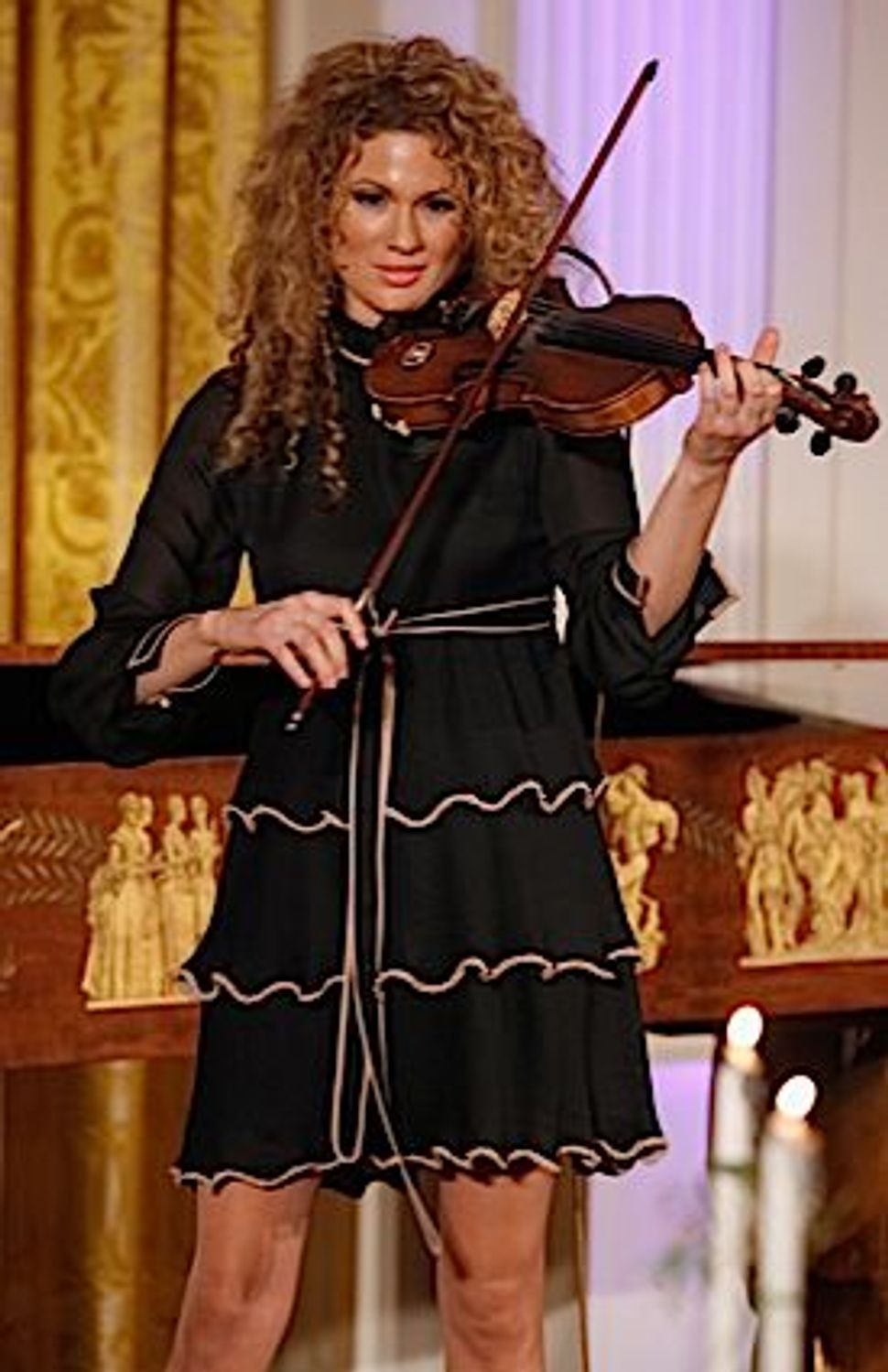 Miri Ben-Ari, the Israeli “hip-hop violinist” who has played with Jay-Z and Alicia Keys and who recently was honored by Michelle Obama at the White House this week, has single-handedly turned the violin into a cool instrument.

It’s wonderful to have a glamorous female role model who has mastered music. While “Tiger Mother” Amy Chua may have had the energy to stand over her daughters for hours of practice and turn them into virtuosos, we weaker-willed Western moms are always looking for ways to motivate our daughters to take up a musical instrument and practice diligently.

And now we can point to Ben-Ari, in her designer dresses and with her glamorous celebrity lifestyle. Presumably, it works much better than attempting to get them excited about playing in some boring old symphony.

A native of Ramat Gan, Ben-Ari’s talent was immediately apparent at age six, when she took up classical violin. She was ‘discovered’ by legendary violinist Isaac Stern, who helped fund her music education and later taught her, as did Yehudi Menuhin. After her army service, she packed her bags and headed to the US in 1993 “with only a violin and a dream” as she puts it, and began to seriously pursue jazz studies in New York.

Her unique violin style was noticed by her next mentor, jazz trumpet player Wynton Marsalis, who helped launch her as both a studio musician and a performer. Between 1999–2003, she released three jazz albums, and continued to branch out playing jazz, pop, classical, blues, Latin, and world music in her increasingly popular concerts.

And now, the White House. Ynet reports on how Ben-Ari was invited to the White House, where she performed for an audience of disadvantaged high-school aged girls:

Ben-Ari’s White House performance was part of an event held by Michelle Obama in honor of Women’s History Month. The First Lady invited 22 “remarkable women” from the world of business, entertainment, politics and sports to inspire and mentor young students…

… Ben-Ari dedicated her performance at the event to the war on racism. She played “Symphony of Brotherhood,’ which features Dr. Martin Luther King’s “I Have a Dream” speech.

Interviewed by the Israeli Consulate’s Isrealli blog following the performance Ben-Ari described her experiences, and her encounter with the First Lady:

She’s wonderful, very warm, personable, down to earth, very welcoming, very excited to have me. We were talking about her mentoring program and how amazing that experience was during day. We all went to different schools to inspire kids to follow their dreams. I was in a group with Hilary Swank. It was so cool, man. We were just a group of women that shared our personal stories.

Her advice to the girls?

The most important thing is, never give up your dreams. You have to make it happen. Success won’t happen overnight. It takes a lot of hard work, but if you are focused and discipline you will be successful.

Hip-Hop Violinist Miri Ben-Ari: A Role Model for Our Daughters