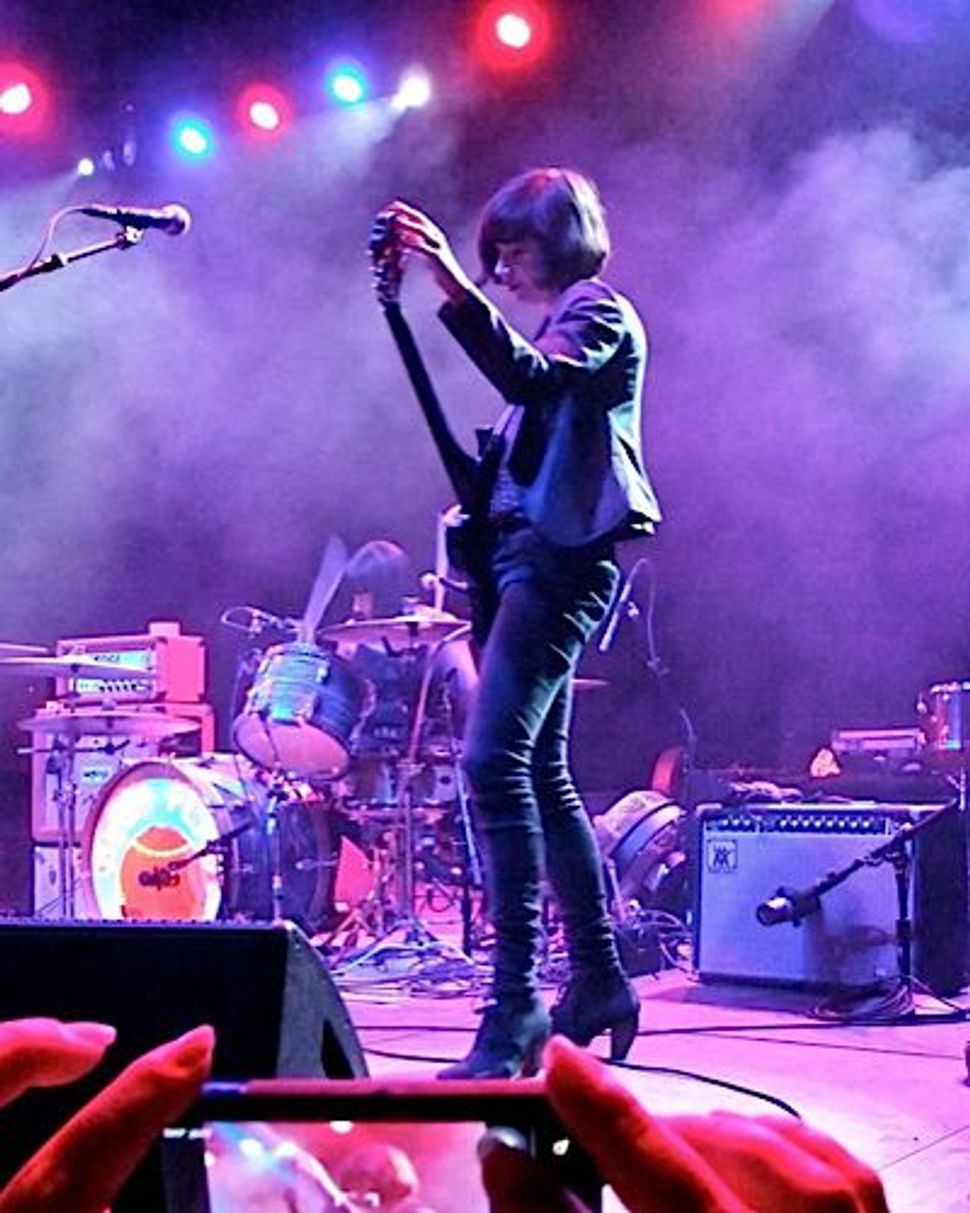 I’d been listening to their new album, “Wild Flag,” on repeat and was excited for show because their stage antics and energy are already legendary. But I didn’t know how much just seeing them launch into an aggressive rock set in person would resonate and feel like a call to arms.

After all, this is a moment when notions of power and pushing back against the status quo are at the forefront of my mind, in light of the “Occupy” movement that has seized the national spotlight and wrapped progressives up in revolutionary fervor.

I’m also pondering the omnipresent questions of women and ambition, in light of my own status as a late-twentysomething feminist mapping out my career and life choices.

Sometimes, though, mulling things over and reading endless articles online doesn’t have half the value of seeing them and hearing the — loudly.

I thought the show would be a fun distraction from the political tumult. I didn’t realize how viscerally cohesive with that tumult it would be, how much it would augment my own rebellious feelings, to see two women guitarists dueling, or a woman pounding the drums as well as any drummer I’ve seen.

I don’t think I realized how traditionally male some of this musical territory is, and how subversive it is to take over that territory. Forgive the stretched terminology, but I almost felt like Wild Flag was occupying the Bowery, is occupying rock music.

I know I’m probably a little behind on this one — I’m a few years too young for the Riot Grrl movement so I never witnessed any of those legendary bands, the direct progenitors of this one, live. Heck, I never even went to Lilith fair, which was huge during my adolescent prime.

Yes, I’ve seen my share of unforgettable female musicians live and it’s always powerful. Sometimes it’s explicitly feminist. But rarely does it trample down the barriers we don’t even realize are erected as directly as this one did.

This band has something slightly out-of-the ordinary going for it, a quality of refusing to perform for the male gaze and rocking out for the sheer kick of it. There’s nothing pixie or twee or ironic about Wild Flag, no wink of reassurance for the patriarchal order.

I knew what was coming and yet my eyes popped out of my head when Carrie Brownstein and Mary Timony jumped into their old-school rock’n’roll antics.

They rubbed their instruments up against the amps, played riffs while or lying and kneeling on the floor. Brownstein climbed up on the drums, whirled her microphone stand over the audience’s heads and kicked a beer out over the lucky front rows, its sticky substance traveling far into the club.

Never, I thought to myself, has the spillage of beer had such symbolic resonance.