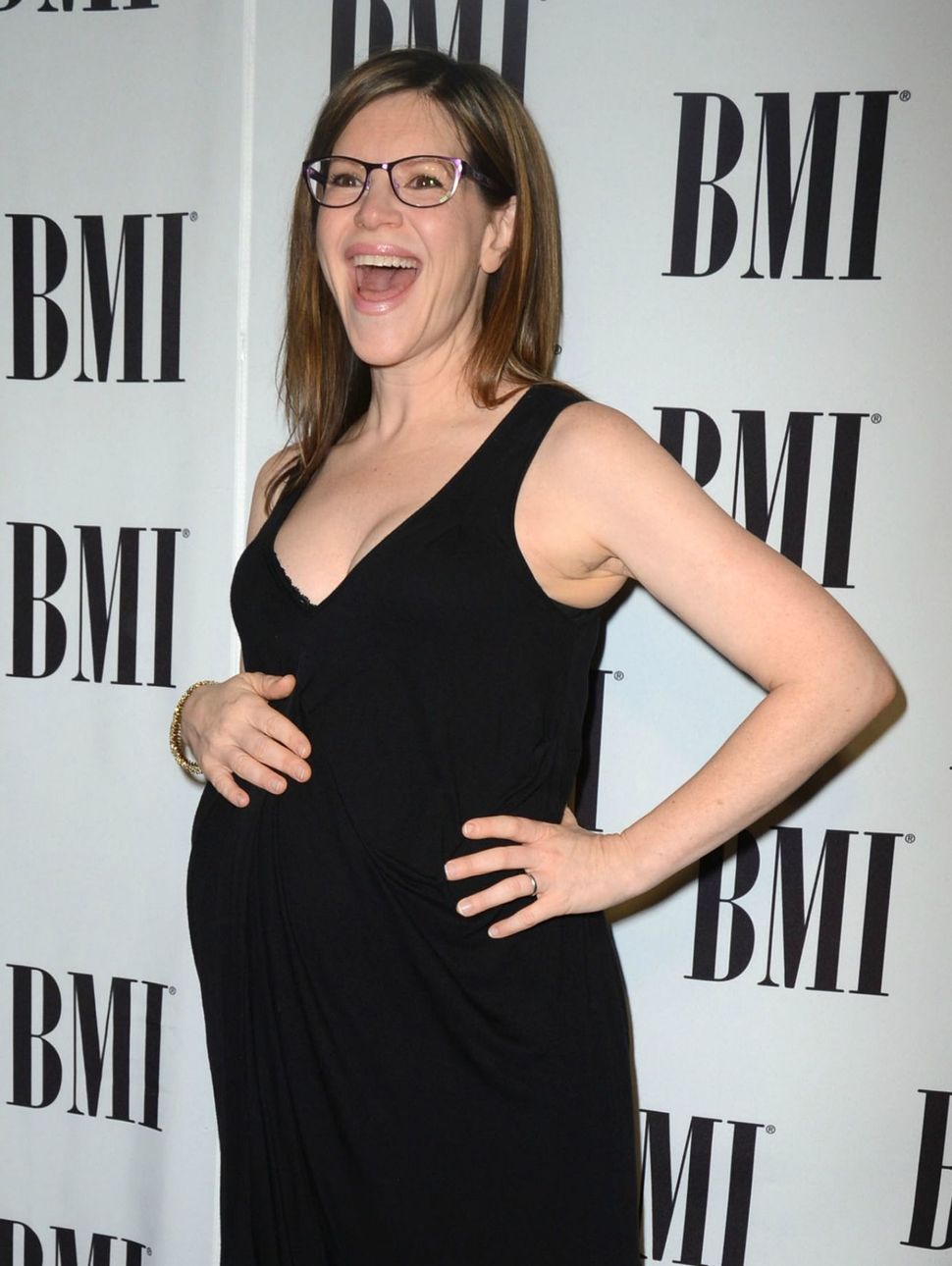 Back in her ‘90s heyday, Lisa Loeb was responsible for the tortoiseshell-cateye-glasses trend, and of course for being the first-ever unsigned artist to have a No. 1 single. (That would be the super-addictive “Stay” from the “Reality Bites” soundtrack.) Now that Loeb is a semi-retired wife and mom, she’s setting a different kind of trend. She recently talked to People magazine about how her two kids, Lyla and Emet, got their names.

Loeb and her husband, Rory Hershkovitz, are both Jewish. He’s Israeli, and Lisa’s family is from the South, where their accents sometimes have trouble pronouncing Hebrew names. So Loeb and Hershkovitz came up with a plan: They chose kids’ names that were Jewish, easy to spell and easy to pronounce with Texas accents. As Loeb points out in her blog, “Lyla” (usually transliterated in English as “Lilah”) means “night,” and “Emet” means “truth.” I’m from North Carolina, where our accents tend to over-emphasize first syllables, and I think that “LIE-lahh” just flows right off of the tongue. Lisa knows of what she speaks.

However, Loeb isn’t the only parent in this country rethinking her approach to kids’ names. According to the US social security administration, Lyla has jumped in popularity for newborns in America. The name ranked No. 864 in 2005 and No. 127 in 2011. (I have a theory that some of this popularity bounce isn’t from Jews at all but from people who liked Minka Kelly’s character Lyla Garrity on “Friday Night Lights.” Then again, that’s harder to prove.) Loeb’s spelling of Emet doesn’t even hit the top 1,000 boys’ names, but the more commonly spelled Emmett is also a rising star, hitting No. 222 last year. I also wonder whether Loeb’s Texas relatives are Dallas Cowboys fans — if so, it wouldn’t be surprising that her son’s name bore similarity to former Cowboys running back and local hero Emmitt Smith.

While Loeb’s kids’ names are cute and fun, there’s more going on than meets the eye. As a response to the Apples and Suris of the world, some parents are openly rebelling against pop celebrity trends and choosing names they consider more timeless and classic. Biblical names have made a resurgence, especially for boys, as Jacob, Noah, and Daniel are all in the top ten. Perhaps Jewish director Darren Aronofsky’s upcoming Biblical epic “Noah,” which stars Russell Crowe as the titular ark-builder, will finally bring Noah to No. 1.

Back home in Raleigh, many of my former classmates — most of them evangelical Christians — have chosen Old Testament monikers like Abraham, Asher, and Hannah for their kids. As more and more Jews join blended families, form interfaith relationships, and incorporate multiethnic backgrounds into their daily lives, it’s not surprising that Jewish baby naming trends have more Lylas and fewer Debbies. As for whether Jewish parents start following Natalie Portman’s lead and name their kids after their favorite letters of the Hebrew alphabet? That one remains to be seen. At least until I give birth to my little Lamed.