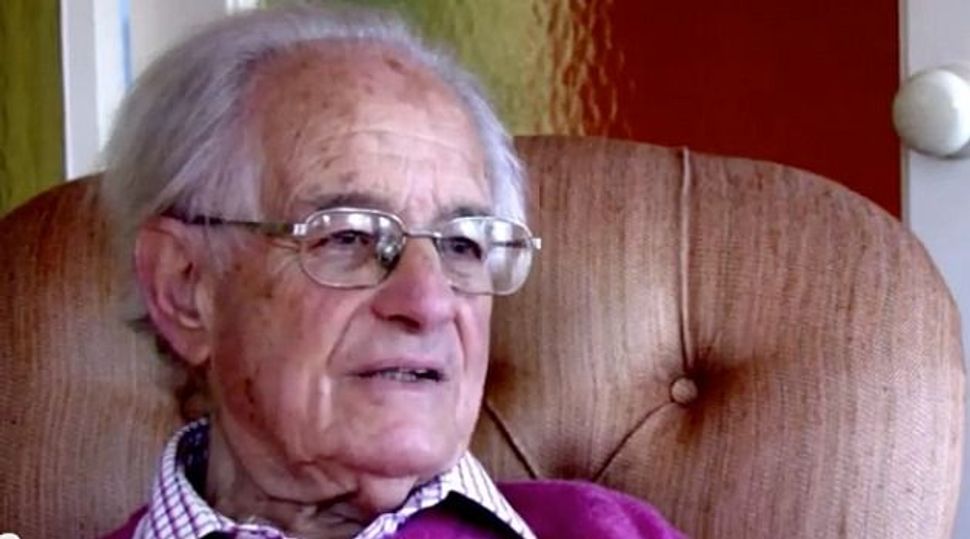 Down the Block: Now elderly, Edger Feuchtwanger is releasing a book about his time as a child living on the same Munich street as Adolf Hitler. Image by youtube

A former Jewish neighbor of Adolf Hitler in Munich has co-authored a book describing his childhood brushes with the dictator.

Edgar Feuchtwanger, 88, has joined forces with French journalist Bertil Scali to write “Hitler, mon voisin, souvenirs d’un enfant juif,” or “My Neighbor Hitler: memories of a Jewish child.” The 320-page book is due out in French bookstores on Jan. 10, from Michel Lafon Publishing in Neuilly-sur-Seine.

The book’s jumping off point is the fact that Feuchtwanger and his family lived across the street from Prinzregentenplatz 16, Hitler’s main residence from 1929 to 1933.

Feuchtwanger, who lives today in Aveyron, France, describes his childhood under Nazi rule. Officially sanctioned anti-Semitism made life increasingly difficult, and the family fled to England in 1939, after Edgar’s father, Ludwig Feuchtwanger, was released from the Dachau concentration camp. According to the Jewish Virtual Library, more than 10,000 Jewish men had been interned there for several weeks or months after the Kristallnacht pogrom of November 9-10, 1938. Edgar’s uncle, the playwright Lion Feuchtwanger, had fled the country earlier.

Before his family left Germany, young Edgar Feuchtwanger had many opportunities to pass the Munich home of Hitler. He recently told the BBC that, as an 8-year-old on a walk with his governess, he saw Hitler come out onto the street from the Prinzregentenplatz apartment.

“He looked straight at me, I don’t think he smiled,” Feuchtwanger said.

According to the La Depeche online magazine, Scali interviewed Feuchtwanger for an article in 1995. They stayed in contact over the years, and Scali eventually convinced Feuchtwanger to write the book. Scali said that his own father’s family survived the war hidden by righteous gentiles in Graulhet, in southern France.