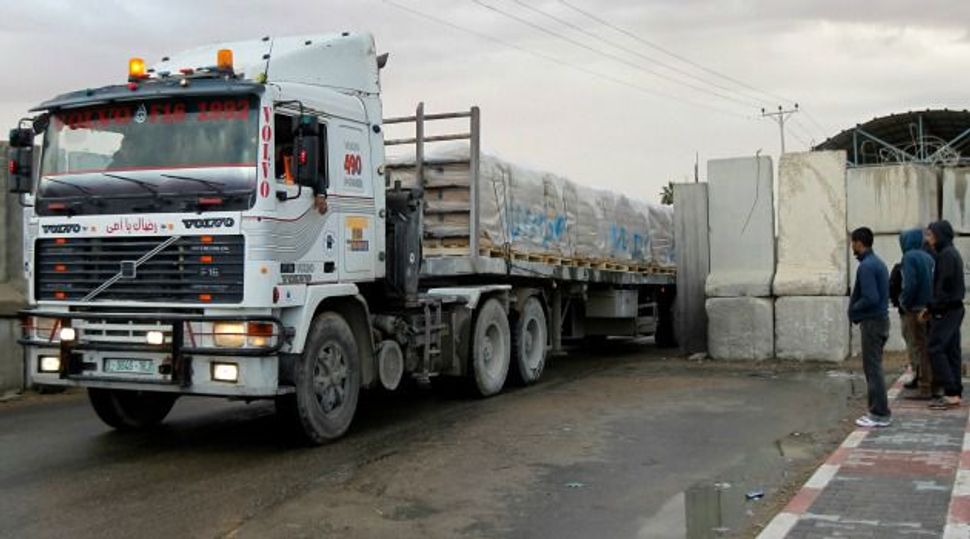 Israel on Thursday allowed the entry of some 35 Palestinian medical patients from the Gaza Strip after initially barring them because “State of Palestine” had appeared on the letterhead of their application.

A Palestinian official said Israel relented and permitted their entry without any change to the logo. An Israeli official said the letterhead had been changed to the “Palestinian Authority”.

Israel does not recognise a Palestinian state, whose creation it says should stem from peace negotiations. It voted against a U.N. General Assembly resolution in 2012 that gave de facto recognition to a sovereign Palestinian state.

“After our intervention, the Israelis allowed the patients to enter with the same papers, with the words State of Palestine,” said Nasser al-Sarraj, deputy Palestinian Minister of Civil Affairs.

Citing its opposition to the state logo, Israel banned about 50 patients from crossing on Wednesday but permitted the entry of 10 others deemed to be urgent cases.

A spokesman for Israel’s military-run COGAT authority, which issues entry permits, said the entry requests were re-submitted under a Palestinian Authority letterhead, an entity established under interim peace deals.

Israeli treatment for patients from the Gaza Strip – an enclave run by Hamas Islamists hostile to Israel – is arranged by the Palestinian Authority, headquartered in the West Bank.

Palestinian health ministry officials rejected the Israeli ban on Wednesday as a “blackmail” and said they have been using the new letterhead for a year.