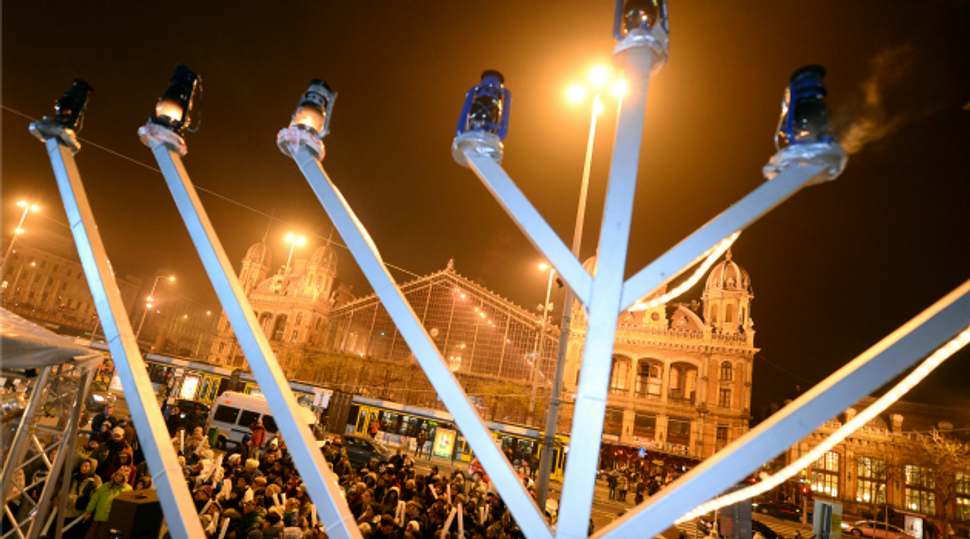 Leaders of Jewish communities throughout Hungary met with representatives of the Hungarian government almost a year after the suspension of contacts between the sides.

The more than four-hour discussion on Tuesday at the Hungarian Parliament building centered on eight topics of importance to the Jewish community, according to Janos Lazar, the chief negotiator representing the Hungarian government.

Increasing anti-Semitism in Hungary was one of the main topics. The government promised to declare zero tolerance. The critically sensitive issue of the “German Occupation Memorial” was not mentioned at all during the meeting, according to reports. The memorial statue commemorating Hungarian victims of World War II, victims and perpetrators alike, was erected last month in downtown Budapest.

The Jewish community says the memorial ignores the decisive political role of the Hungarian political leadership in the extermination of Hungarian Jews during the Holocaust.

The continued Jewish community boycott of government-organized events commemorating 70 years since the start of the Holocaust in Hungary is still in place, regardless of the renewal of the talks between the Jewish community leaders and the government, András Heisler, the president of the Federation of the Hungarian Jewish Communities, or Mazsihisz, told the opposition daily, Népszabadság on Wednesday.

Other topics raised at the meeting included the socio-economic situation of Hungarian Holocaust survivors, state support for the restoration of Jewish cemeteries in the country, and financial support for the reconstruction several synagogue buildings.

“We could find solutions to a few questions, but many unsolved problems still remain, and we have to work on them until solutions can be found,” Heisler said.

On Tuesday, Israeli diplomats and representatives of the Hungarian government held a ceremony marking the 25th anniversary of the renewal of diplomatic relations between the two countries following the collapse of communism. Diplomatic relations between Israel and communist bloc countries were cut off on orders of Moscow after the Six Day War in 1967.