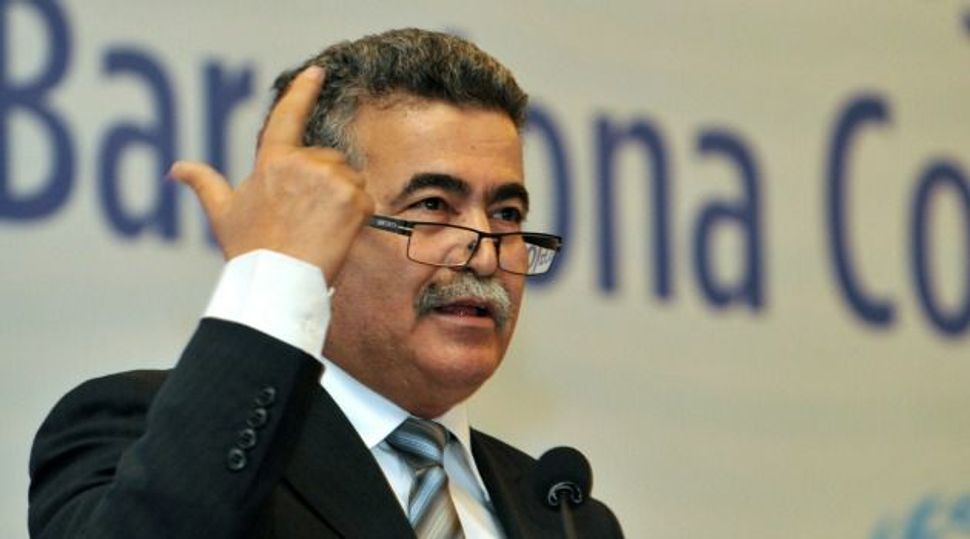 Peretz, of the centrist Hatnua party that is part of the government coalition, announced he was stepping down at the weekly Cabinet meeting on Sunday. His resignation goes into effect on Tuesday.

Saying the budget does not help the poorest Israelis, Peretz in an interview on Israel’s Channel 2 on Saturday night said he would “not be a part of a government that continues in this direction.”

At the Cabinet meeting, Prime Minister Benjamin Netanyahu reportedly said after Peretz criticized the government and announced his resignation, “I thank you for acknowledging that your place is not around the Cabinet table.”

Peretz was bound by the coalition agreement to vote for the budget on Monday. If he had not resigned, and voted against the budget, he would have been removed from his position. Hatnua has six seats in the government.

Meanwhile, a minister in Yesh Atid, which has 19 seats — one more than Netanyahu’s Likud — said his centrist party was deciding whether to remain in the government.

Science Minister Yaakov Peri said in an interview on Army Radio that Netanyahu’s continued shifting rightward is making it difficult for Yesh Atid.