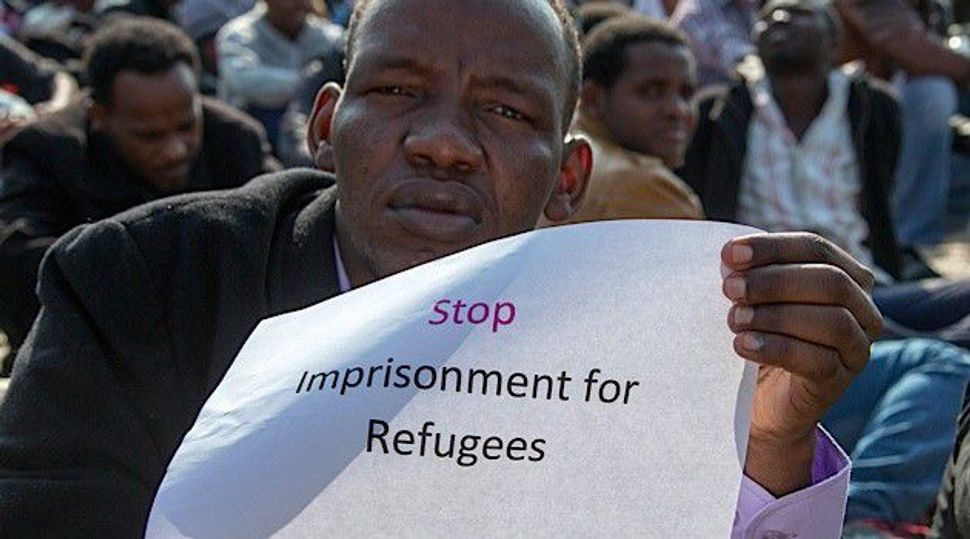 Israel will release 138 Eritrean and Sudanese asylum seekers who the nation’s Supreme Court ruled were being held illegally.

Thursday’s ruling was in response to a petition filed by the nonprofit organization The Hotline for Refugees and Migrants.

Following the decision, the Population and Immigration Authority said that the inmates would be released by Tuesday and issued new temporary residence permits. Most citizens of Eritrea and Sudan living in Israel carry such permits.

The asylum seekers were first incarcerated in accordance with the Anti-Infiltration Law, which allowed Israeli officials to hold individuals deemed to be “infiltrators” for more than three years in detention centers. The law was amended in 2013 and allowed the state to detain illegal migrants without trial for one year. That section was then struck down in September.

The asylum seekers were held at the Saharonim Prison in 2012 before being transferred to the Holot Detention Center in southern Israel last December. The petition filed by the Hotline for Refugees and Migrants argued that the state had held the asylum seekers beyond the legal time limit.

“There can be no dispute over the fact that incarceration for 12 long months, added to by a year in a detention center, as was carried out under the prevailing law, is extremely unreasonable and disproportionate,” the court said in its ruling, Haaretz reported. “It is unthinkable that this court has repeatedly struck down this law, yet the petitioners are still imprisoned.”