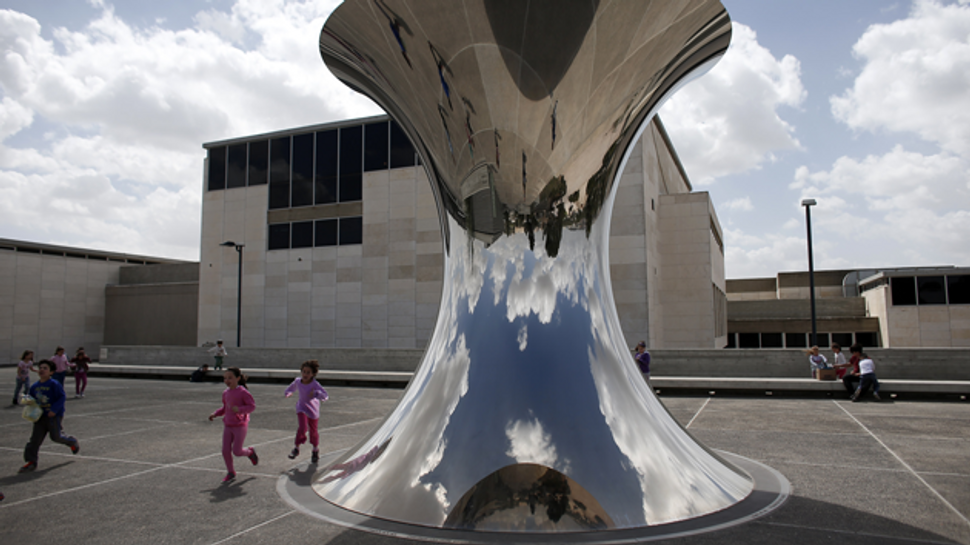 Reflecting Its Milieu: Anish Kapoor’s ‘Turning the World Upside Down’ welcomes children – and others – to the Israel Museum Image by Getty Images

Mira Lapidot, 44, has risen through the ranks of the Israel Museum in Jerusalem, starting her career 16 years ago as a guide and, in the past three years, serving as chief curator of the fine arts wing. Yet at that moment of personal achievement she and her team were already planning what they knew would be a major event — the Israel Museum’s 50th anniversary this year — with a year-long exhibition titled “6 Artists, 6 Projects.” They didn’t know whom they’d exhibit, or what, but they knew that however the show took shape, it would amplify a challenge they constantly face: negotiating the relationship between the Israel Museum and the Israeli art world.

The complexity of this relationship, which has been present from the museum’s very beginnings, comes from an inherent tension within Israeli art itself. On the one hand there’s a desire for artists to be judged by international standards, without anyone getting special leeway for being Israeli. On the other hand, it’s impossible to ignore the specificity of a place like Israel, especially where artworks are concerned.

“Art should be good as art,” Lapidot said. “But if we think about it without the local aspect, we can lose something — codes that help us understand the work, as well as the inner evolution of art in Israel relating to schools of influence or style. And the Israel Museum, considering even its name, has a responsibility to encourage, showcase and promote Israeli art.” 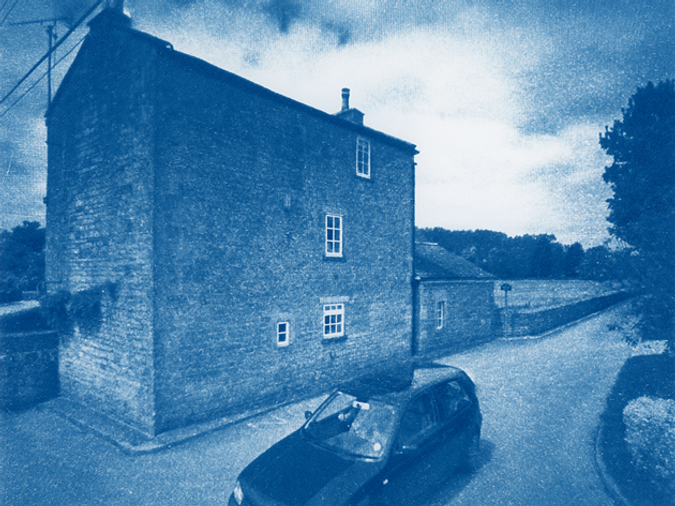 The precedent for how Israeli art was incorporated into the Israel Museum’s activities was set by its first artistic director, legendary Dutch curator and typographer Willem Sandberg. In the early 1960s Sandberg retired after over 30 years of curatorial work at the Stedelijk Museum Amsterdam. When the Israel Museum opened in 1965, Sandberg was recruited to direct the museum’s development, which he did for three years.

The choice of Sandberg was anything but trivial, Lapidot points out, because at that time the museum’s stronger collections consisted of antiquities. But the museum’s founders believed that the art collection would follow if the museum was built in a serious way.

“Sandberg’s challenge was to bring the arts to a young museum in a provincial place,” Lapidot said. “Sandberg had a radical approach. He was open to contemporary art and art in Israel — they were one and the same for him. With Sandberg it was the work itself that mattered.”

During those years a young Yona Fischer, today an Israeli legend in his own right, was made the museum’s curator of Israeli and modern art. In 1961, Fischer had interned under Sandberg at the Stedelijk, and he went on to build up the museum’s art collection, both during Sandberg’s tenure and afterward, holding his position for the next quarter-century. Fischer was known for traveling across Israel and spending time with artists in their studios. He was also known for focusing on specific artists and supporting them in the long term. The museum grew and Fischer’s role expanded from senior curator to artistic adviser. In the early 1980s, Yigal Zalmona was added to the staff as curator of Israeli art, focusing on building the museum’s collections and exhibitions within an Israeli context. 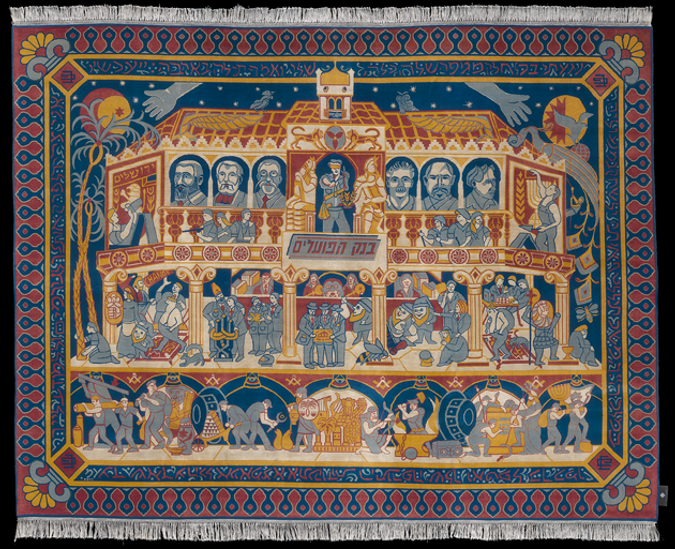 Since the 1990s, however, the emphasis on Israeli art has slowly waned, with the representation of local and global art becoming increasingly fluid. Which is one reason why having an anniversary exhibit in which the museum’s ultimate decision — to present only Israeli artists — is, for the curators, a big deal.

“6 Artists, 6 Projects” is the first major contemporary art exhibition in the Israel Museum’s yearlong lineup of anniversary programming, and it features a multitude of media including photography, sculpture and installation, by artists Uri Gershuni, Roi Kuper, Dana Levy, Tamir Lichtenberg, Ido Michaeli and Gilad Ratman. Each artist is allotted a separate space within the museum’s large fine art exhibition halls, so that each has the equivalent of a solo exhibit the size of a very large gallery. And while there is enough space between the exhibits to give them a sense of completion, the galleries also lead into each other so that a sense of the larger picture remains. 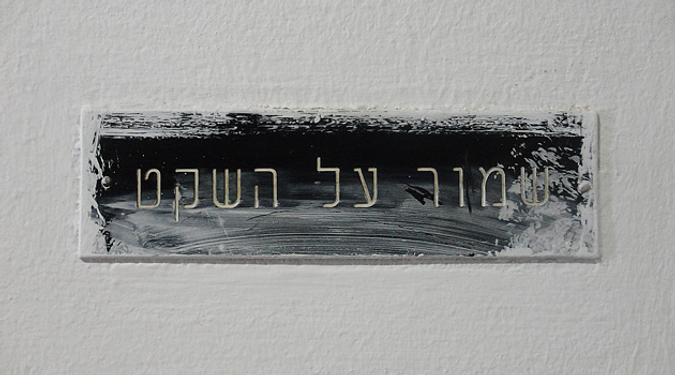 In beginning their research for the exhibition, Lapidot and her team visited dozens of artists in their studios, something they do regularly in order to get an idea of what work is being produced throughout the country. “We were very open in our process,” Lapidot said. “There was no prepared list of artists, styles, genders. We also knew we couldn’t do something that was representational of Israeli art today. It’s more of a snapshot of a tendency or spirit.” The projects Lapidot was most impressed by were those that were not about the artists themselves, but that showed a curiosity for the world.

Each of the four curators involved in the show went to visit different artists. They wanted to get away from the tendency of “star art” in which young artists are promoted above others. They were also interested in artists who’d been working for 20, 30 or 40 years — those who were active for long periods in the art world. But the main criterion was that the work would be interesting and direct the show to a deeper place. Artists couldn’t be included just because they were “cool.”

Lapidot also insisted that the projects would not be specifically commissioned by the museum — that artists would show curators what they were working on and that decisions would be made based on works already in progress. This also meant that the curators had to have a good grasp of the works they were interested in exhibiting. “When you work at a place like a museum, most of your time goes to production, and there’s less time for reflection or speaking,” she said. “This process forced us to describe what we saw, to pitch it and convince others.”

The show includes a range of approaches that combine material processes, conceptual planning and technical acuity. In Gilad Ratman’s video installation “Five Bands from Romania,” shown on two wall-sized screens and accompanied by a sound booth in the gallery, heavy metal musicians prepare a gigantic pit in a large grassy space and bury their amplifiers. They then spread out around the mound of dirt and, to the acoustic beat of five drum sets, begin to play all at once — their distorted guitars and voices muffled by the freshly dug earth.

Ido Michaeli’s “Bank Hapoalim Carpet” (2013) incorporates graphic adaptations of Israeli, Jewish and Zionist symbols into the tradition of Afghan carpet-weaving, resulting in an art object with an incongruous mix of cultural, religious and political codes. Alongside the carpet is a documentary-style video work that traces the object’s creation.

Dana Levy’s “Literature of Storms” is shown in two small spaces. In one, she has exhibited images of 1920s apartment interiors on which she projects videos of winds, downpours and swarms of insects that animate the still scenes. In the second space, Levy shows a video titled “Everglades,” begun at the Everglades National Park in Florida, a dark work of nature onto which she projects bright multicolored lights.

In “Apollo and the Chimney-Sweeper,” photographer Uri Gershuni follows in the footsteps of Henry Fox Talbot, a British inventor and scientist who created a precursor to the photographic process in the mid-19th century. After a visit to Talbot’s home village, Lacock, in rural England, Gershuni undertook a new process of his own: turning Google Street View images into light blue cyanotypes using a process that was originally used in architecture to create what are better known as blueprints.

Roi Kuper, one of Israel’s leading photographers, presents several series of works in his signature large format style, this time of Israel’s border with Gaza. He started the project in the spring of 2014 and the history between the two territories gave this landscape project a political underbelly. Israel’s summer conflict with Hamas accentuated the significance of this complex border, while suggesting that any time a camera is used in this country the image can quickly become more significant than its creator had planned. Finally, Tamir Lichtenberg’s “Package Deal” is a conceptual work exhibited as an installation, combining a theatrical set of ready-made objects and a series of screens showing video journals. Lichtenberg started the project by offering art collectors to pay him a salary of NIS 9,000 (approximately $2,300) for each month of the Jewish calendar in exchange for a box of work that he could make during that month. The collectors paid in advance for art that had not yet been created. The result is a collection of artifacts and videos that goes considerably beyond the limits of the project’s premise, providing a unique and nuanced view into the rhythm of contemporary life in Israel.

Lapidot says she and her team saw many other interesting projects during their search, some of which will undoubtedly appear in solo and group exhibits in the future. “I think we’re tough editors,” she said, “even if we don’t always make the right decisions. History will be our judge — and it can also judge differently at different times.”

In the end, the two criteria that emerged from the search were for the projects to be compelling within the artists’ larger bodies of work, and for each project to also hold an interest of its own. Ironically, one thing Lapidot is happy about is that critical reaction to the projects has been diverse. “No one came out victorious,” she explained. “If the popular vote had been too clear, then we wouldn’t have done our jobs.”

David Stromberg is a writer, translator and literary critic based in Jerusalem. He is currently editing a collection of essays by Isaac Bashevis Singer.