The Life and Timeline of George Wein 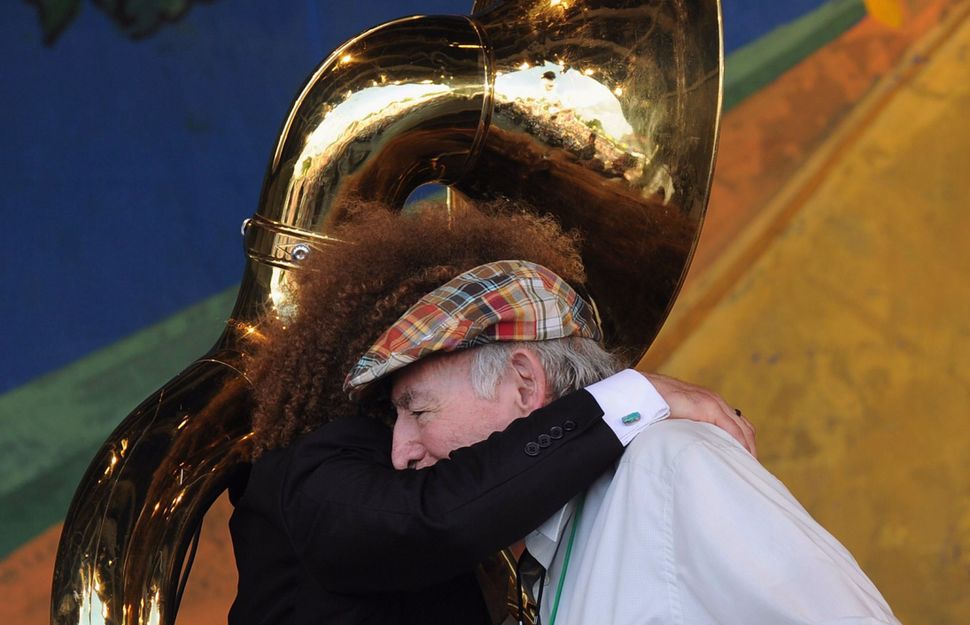 1925: George Theodore Wein is born on October 3 in Lynn, Massachusetts.

1930s: Wein grows up in the heavily Jewish suburb of Newton, where, as he would later write, “the children… were spared the discrimination that had plagued earlier generations.” But this didn’t necessarily mean his family was particularly observant. He remembers seeing his father, Barnet Wein, attend synagogue on only two occasions.

1943–1946: Of his military service, Wein writes: “I hated every minute I spent in the Army… I would never want to endure such an experience again. But having done it, I can also say that I wouldn’t have missed it for the world. The Army had a huge impact on my life. I had seen no frontlines; no one had died in my arms. But I had enlisted in 1943 as an 18-year-old kid; I re-entered civilian life in 1946 as a man.”

1955: One year after the 1954 debut of the Newport Jazz Festival, Wein — who is also an accomplished jazz pianist — releases the album “Wein, Women & Song.” According to AllMusic’s Ken Dryden, “The Atlantic LP.. features Wein in fine form; his friendly-sounding vocals are rather soft and mellow, with a bit of vibrato on the end of nearly every phrase.”

1959: George marries Joyce Alexander, despite his parents’ protestations about interracial marriage. “It’s obvious that marrying Joyce didn’t ruin her life or mine,” he later wrote. “Our friends believed in us and in what I was doing.” Alexander, a biochemist, joined Wein in the music business in the 1960s as a vice president of his company, Festival Productions.

1984: “Wein’s Jazz Festival List Growing,” reads the headline of a New York Times article announcing a string of new international festivals produced by Wein. “Two of them will be continuations of ongoing festivals — La Grande Parade du Jazz in Nice, France, which Mr. Wein started in 1974, and the Kool Jazz Festival-Newport, which was begun in 1981,” the article reads. The new festival locations are London and the West German resort town Bad Segeberg.

1998: The article “The Newport Folk Festival: A Jewish Perspective” is published in Rhode Island Jewish Historical Notes, alongside a full-page photo of Wein seated at a piano on a Newport stage. “The story of Jewish involvement in Newport’s musical fame is not primarily about Newport’s Jewish citizens,” George Goodwin writes. “Instead, it resides with Jews from elsewhere, who lent their skills, talents, and daring to help create the ambience in which Newport’s music flourished.

2014: During the opening festivities of the George and Joyce Wein Jazz & Heritage Center, in New Orleans, 89-year-old Wein takes the stage to play a blues number during which he half-sings/half-speaks the story of his founding of the New Orleans Jazz & Heritage Festival, in 1970. Sharing the video of the performance on Facebook, Wein writes, “An eighty-nine-year-old kid from Boston playing blues in New Orleans takes a lot of chutzpah.”

2015: “There was something very special to me about receiving my Honorary Doctorate in Humane Letters last Saturday from President Robert Brown of Boston University,” Wein writes on Facebook, in May. “It meant I finally caught up to my father, who had a degree as a Doctor of Medicine from BU’s Medical School. The difference was that he earned his the hard way.”

The Life and Timeline of George Wein