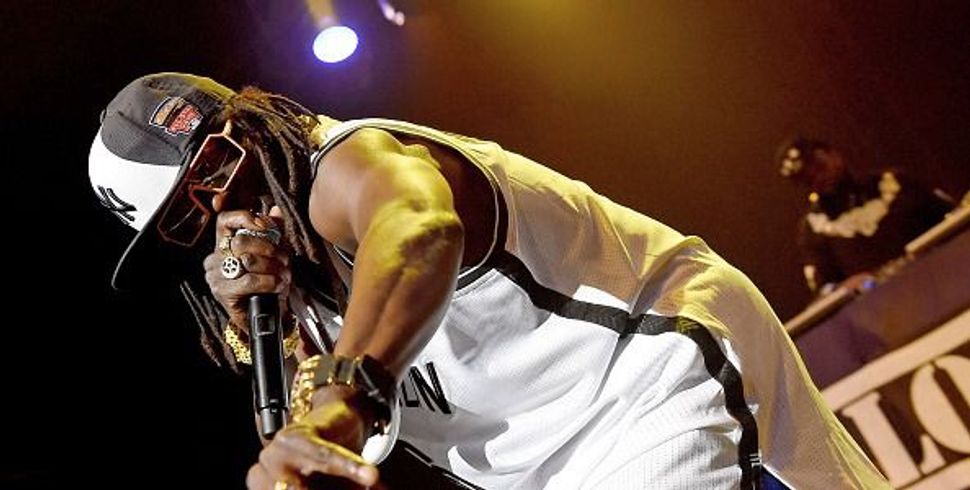 If ever there was a time we needed to hear from hip-hop legends Public Enemy, this is it. One might assume that the group that gave voice and sound to the frustrations of African-Americans during the Reagan-Bush years would surely have something powerful to say about America in the age of Ferguson and Baltimore, Eric Garner and Freddie Gray, Sandra Bland and Samuel DuBose.

In their heyday, with titles like “It Takes a Nation of Millions to Hold Us Back,” “Fear of a Black Planet,” and “Apocalypse 91… The Enemy Strikes Black,” Public Enemy albums weren’t simply collections of new songs; they were socio-cultural events. They were manifestos that succeeded in their efforts to provoke, whether they were calling Elvis Presley a racist or dismissing John Wayne with “motherf—k him,” or simply showcasing a take-no-prisoners attitude of aggressive black nationalism.

Which is all the more reason why some listeners were astounded when last month Public Enemy — widely considered to be one of the all-time great hip-hop ensembles — released a relatively tame, 29-minute album, lacking in any truly forceful insights into the state of black-white relations in America today. The album, which includes a decades-old remix of “Honky Tonk Woman” by the Rolling Stones, contains no specific references to anything that’s happened during the past year, other than a name-check of the hashtag “#blacklivesmatter.” Beyond a few echoes of past glory, the album is remarkable for its lack of the sort of anger and urgency that made Public Enemy in its prime impossible to ignore, if hard to like for some.

Rather, the most surprising element of the group’s new missive, such as it is, would be the album’s title, “Man Plans God Laughs,” an unmistakable reference to the Yiddish proverb “Der mentsh trakht un got lakht.” Only Public Enemy leader Carlton Ridenhour aka Chuck D knows absolutely for sure why the album was named such. The song by the same name, like much of the album, seems mostly concerned with black youth and education, with lyrics including the Gandhiesque “be the change you want to see,” although the song does harken back to 1989 with invocations to “bring the noise” and “fight the power.”

But the meaning behind “Man plans, God laughs” is about as far away as you can get from “Fight the power.” There is a quintessential Jewish resignation buried in the proverb, whose origin has variously been ascribed to Psalm 33:10; Proverbs 16:9; and the story of the 90-year-old Sarah laughing at God when He promised she would bear a son with her 100-year-old husband, Abraham. God had the last laugh when Isaac was born, and He told them to name the boy Yitzhak, which means laughter. It’s an expression of a very Jewish kind of surrender to destiny in the face of the ultimate meaninglessness of life in an unfathomable universe that, combined with a very knowing Jewish irony, has fueled countless Yiddish fables, Jewish jokes, and nearly all of Woody Allen’s films.

Up until now, the proverb — with its sense of self-deprecation and understanding that man is ultimately powerless to effect change in the universe —hasn’t been one that would have ever been associated with the sort of militant Black nationalism that Public Enemy seems to have espoused. Perhaps Chuck D learned the expression from one of his many Jewish former colleagues. There was a time when the entire team surrounding Public Enemy was comprised of Jews – a detail that was often overlooked in the controversy surrounding Richard Griffin aka Professor Griff’s 1989 remarks about Jews being “responsible for the majority of wickedness in the world,” which led to the group’s so-called Minister of Information being censured and momentarily expelled by Chuck D.

Public Enemy’s label Def Jam was founded by Rick Rubin in his Weinstein Hall dorm while he was still a student at New York University. After some initial success, Rubin struck a deal with Walter Yetnikoff, president of Columbia Records, to distribute Def Jam’s recordings. Lyor Cohen came aboard early on to manage Def Jam artists, including Public Enemy, eventually heading the label alongside Russell Simmons, the company’s most prominent black executive, when Rubin left to form Def American. (Cohen, born to Israeli expatriates living in New York City, would go on to lead the Edgar Bronfman-owned Warner Music Group.) Cleaning up the messes in the press left behind by the irrepressible Professor Griff was a job that fell to Brooklyn-born Bill Adler, Def Jam’s publicist, now recognized as a preeminent hip-hop archivist and historian.

Adler has described Russell Simmons as a “philo-Semite,” saying, “He is somebody who likes Jewish folks and has Jewish partners and he’s always been that way.” And, as for Public Enemy itself, Adler once told an interviewer, “In Public Enemy’s own experience, if there was a Jewish conspiracy, it was working in favor of Public Enemy.”

Maybe the Jewish outlook reflected in “Man plans, God laughs” finally did rub off on Chuck D, especially 25 years later, now that he has aged and mellowed and presumably learned from experience that no matter what you say, or rap, or do, your place in the cosmos is ultimately one of very little significance.

Seth Rogovoy writes frequently about the unlikeliest Jewish affinities in American popular culture and music for the Forward.