Pianist James Rhodes and the Keys to Survival 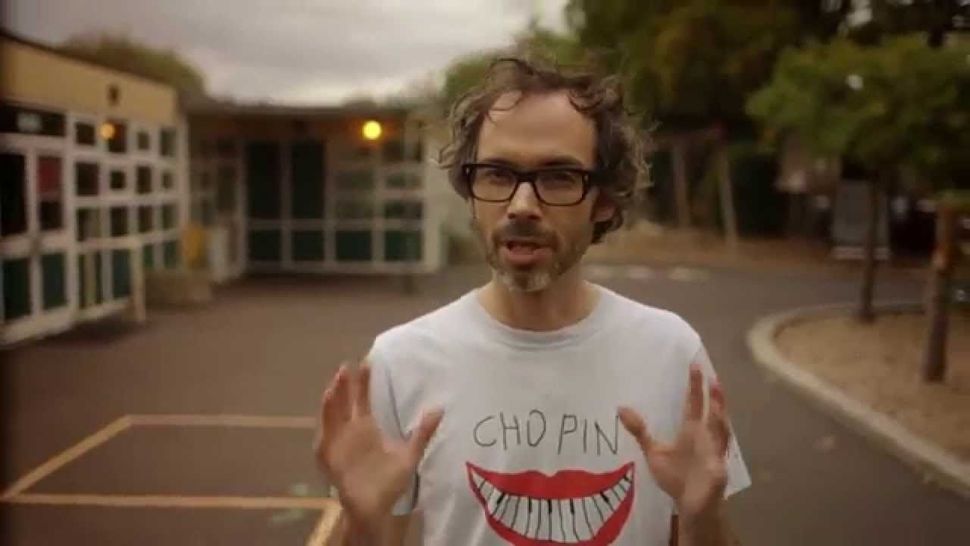 Born in 1975, the British Jewish musician James Rhodes has experienced a fairly dramatic trajectory, which he described in his recent autobiography, “Instrumental: A Memoir of Madness, Medication and Music.” As Rhodes revealed in a blog in the Daily Telegraph: “When I was at school I was sexually abused. Let me clarify: I was serially raped when I was a child, between the ages of five and 10…. Self-harm. Depression. Drug and alcohol abuse. Reparative surgery. OCD. Dissociation. Inability to maintain functional relationships. Marital breakdowns. Being forcefully institutionalized. Hallucinations (auditory and visual). Hypervigilance. PTSD. Sexual shame and confusion. Anorexia and other eating disorders. These are just a few of my symptoms (for want of a better word) of chronic sexual abuse.” Rhodes’s CDs of music by Bach and Beethoven, among others, have won acclaim from audiences and discerning critics. He recently spoke to the Forward’s Benjamin Ivry. The interview has been edited for length and continuity.

Benjamin Ivry: Most pianists do not want audiences to know too much about their lives. I can think of a noted pianist who suffers from diabetes but has not told the general public, even if doing so might inspire fans to donate money for research. This impulse to privacy was obviously less important for you than recounting your experience. Why?

James Rhodes: Not for any professional reasons, but I feel it is much easier to be an open book. When it comes to things that have a broader public interest, I think it is especially important to talk about them, so whether it is any kind of mental illness or sexual abuse, where there might be a stigma attached, it’s important to be open so that other people will be less alone.

When a musician survives great suffering, sometimes audiences are faithful without expecting the usual abilities, like those who flock to concerts by David Helfgott of “Shine” fame. You describe Helfgott as “an amazing man. Troubled, manic, scary, brilliant and unique. And a great warning about where I could end up emotionally….” How so?

I’ve met [Helfgott], and I think he’s lovely and there’s no question that he’s fragile. He’s functional, but he’s a fragile man, and that’s not necessarily a bad thing. It shows me if I were to have a relapse and go over the edge again, I might not be able to communicate as I can now, so I must never get complacent about where I am now.

Many articles about you mention that you are from a “nice, middle-class Jewish family” in North London; were your ancestors originally from places other than the United Kingdom

I think we originally came over from Russia, but I could be wrong.

Were your parents loath to complain about the well-known Church of England school you attended because, as a Jewish middle-class family, they were afraid of making waves or of drawing too much attention to themselves?

I don’t think it had anything to do with religion. At that time in the very early ’80s, people were much less aware than they are now. These days, we have so much information and know about symptoms. There are child protection policies in place that did not exist back then. It was more naiveté and innocence than anything else.

You write that when you survived that abuse and at age 10 were sent to a different school where you were the only Jew. Singling you out, the headmaster announced to the school at assembly that you would be absent for the Jewish New Year. Was the headmaster anti-Semitic or just oblivious?

Some people just like to find anything that’s different about kids, and the fact that I was Jewish was the easy option. I was already a very anxious kid and isolated, and this kind of magnified that. Kids will pick on anything that is different than the others. That happens all the time, now as well.

When you took lessons in Italy before launching a career, the instructor seemed to be abusive, and this eventually led to a crisis. Would you have preferred a more kindly and supportive teacher?

Not at all. I know that I was very complacent and not particularly disciplined. I was rather lazy and wanted to play giant Rachmaninoff concertos. If I had a teacher who said, “Of course, James, you are brilliant, you can play anything you want,” I wouldn’t have progressed. It was abusive and difficult, but it got the results I wanted.

In “Instrumental,” you also describe some torments you still experience related to the piano: “If there were an ultra-neurotic Jewish mother, on coke, who was beyond evil… that is that part of my mind… I throw myself into work… the reality is that if I don’t then I will die, I will murder, I will fall apart in the worst possible way.” In what ways is this demanding and potentially catastrophic inner demon a Jewish mother?

I think just constant neurosis and worry: Are you eating enough? Will we get to the restaurant in time? Will the food there be good? The constant dialogue straight out of “Portnoy’s Complaint.”

One of your big fans is Stephen Fry, a big admirer of Richard Wagner’s operas. Has he converted you into a Wagnerian?

He has been trying for years to convince me by taking me to the “Ring” operas. A couple of days ago he told me to get the libretto of “Tannhäuser” to prepare for seeing a performance. I love Wagner until they start singing.

At a public forum about classical music in 2011 with Fry, you complained that contemporary composers do not write tunes. Have you spent much time playing through or listening to the lyrical keyboard works of Frederic Rzewski or George Perle, or the jazz-inflected works of Erwin Schulhoff, the Czech Jewish composer who was murdered in a Bavarian concentration camp?

I was being glib. It’s my weakness. I’ve never ever been able to get to grips with it, maybe because I am still like a kid in a candy store, such an immense wealth of music [by older composers] that so far I haven’t found it necessary to make that jump into properly contemporary stuff. That will come in time, I’m sure.

In “Instrumental,” you write, “I am only ever two bad weeks away from a locked ward.” Why two weeks precisely?

I think things can happen extremely quickly. One tends to think about a decline over a period of months or years, but for me it would be an awful lot quicker than that. It’s a matter of days, not months, for me.

When the British Jewish pianist Clifford Curzon was on the radio program “Desert Island Discs,” he chose a suicide pill as a luxury to bring to the island in case things got too lonely or tough.

All I can say is, thank God they are very hard to get hold of, otherwise I wouldn’t be here if they were available in supermarkets. Being a pianist means a lot of time alone, a lot of striving for perfection while knowing you’ll never give a perfect recital, so falling short, followed by two hours of intense exposure and absolute terror, followed by more time on your own. It’s rather a strange profession.

Pianist James Rhodes and the Keys to Survival