Why Do So Many Grammy Nominees Have Jewish Grannies? 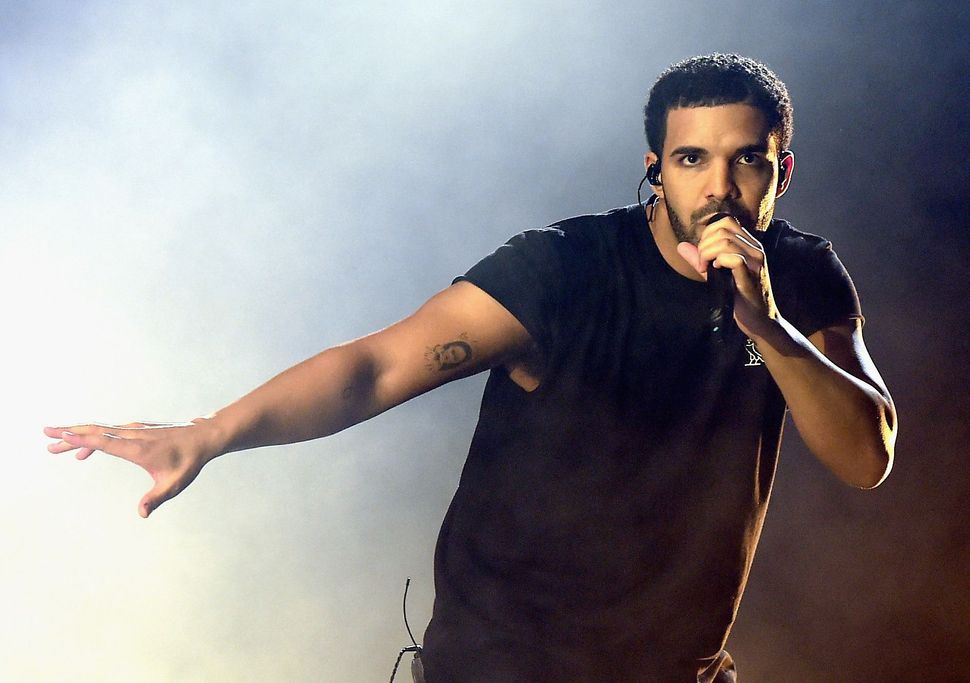 Bob Dylan has a funny history with the Grammy Awards. He didn’t win a single Grammy for any of his truly groundbreaking and most amazing work in the 1960s – the songs that everyone thinks of when you say “Bob Dylan” – nor for his mid-1970s triumph, his comeback album “Blood on the Tracks.” It actually took a musical conversion to gospel for Dylan to garner his first Grammy Award, for Best Rock Vocal Performance, for “Gotta Serve Somebody” in 1979.

However, since his second — or was it his third or fourth? — career comeback in 1997 with his album “Time Out of Mind,” the National Academy of Recording Arts and Sciences seems to love every last whimper, sigh, and growl that emanates from what remains of Dylan’s voicebox, and this year is no exception. Dylan’s “Shadows in the Night,” which contains no Bob Dylan compositions but exclusively songs associated with Frank Sinatra (largely written by Jewish songwriters), garnered Dylan a nod in the Best Traditional Pop Album category, aka the annual Tony Bennett award, where he faces off against two tribesmen: Barry Manilow, born Barry Alan Pincus, for his “My Dream Duets,” and Josh Groban, for “Stages.” (Groban’s father converted from Judaism to Christianity when he married Groban’s mother, who has Jewish ancestry herself.)

The popular hit “Uptown Funk” by the dynamic Jewish duo of Mark Ronson and Bruno Mars (whose dad is a JewYorican from Brooklyn) scored nominations for Record of the Year and Best Pop Duo Performance, while Anglo-Jewish pop songstress Ellie Goulding got a nod for Best Pop Solo Performance for her dance floor hit, “Love Me Like You Do.”

In fact, this year’s list of nominees is piled high with Semitic musicians. Mark Ronson also scored for Best Pop Vocal Album, as did honorary Jew and summer-camp favorite James Taylor. Elle King, the daughter of comedian Rob Schneider, was nominated for Best Rock Album and Best Rock Song, and “Star Wars” (no relation), the recent album by Wilco, the group led by Jew-by-marriage Jeff Tweedy, got the nod for Best Alternative Music Album (the category that was basically invented for Wilco).

The most famous Black-Jewish rapper of all time, Drake, received multiple nominations, including Best Rap Album and two for Best Rap Performance — one for his own song, “Back to Back,” and another for a collaboration with Nicki Minaj and Lil Wayne. (Curiously, Jew-by-marriage Paul McCartney also figures in that category, for his inclusion on a tune by Kanye West.)

Indonesian jazz piano phenom Joey Alexander, who is 12 years old, battles Joshua Redman for Best Improvised Jazz Solo as well as for the “our mothers are Jewish” award. Alexander also is in the running for Best Jazz Instrumental Album for “My Favorite Things,” which of course is the Rodgers and Hammerstein tune from “The Sound of Music.”

The great Jewish banjo virtuoso Bela Fleck is nominated for Best American Roots Performance and Best Folk Album, and Jamaican reggae artist Barrington Levy, whose name certainly suggests Jewish ancestry and who has made a point of performing in Israel recently in defiance of pressure from the BDS movement, is up for Best Reggae Album.

Janis Ian vies for Best Spoken Word Album, and the one-woman Jewish hit factory named Diane Warren shares a nomination with Lady Gaga for Best Song Written for Visual Media (don’t blame me – I didn’t make up these categories). Larry Klein, formerly Mr. Joni Mitchell, got a nod for Best Producer, and “As Dreams Fall Apart – The Golden Age of Jewish Stage and Film Music (1925-1955)” by the New Budapest Orpheum Society, will battle for the gold in the Best Classical Compendium category.

Jewish composer Julia Wolfe, a cofounder of the Bang on a Can new music collective, was nominated for Best Contemporary Classical Composition for “Anthracite Fields,” which already garnered Wolfe this year’s Pulitzer Prize for Music. “Amy,” a documentary about the late, great Anglo-Jewish R&B star Amy Winehouse, is up for Best Music Film.

And 35 years after they were originally recorded, “The Basement Tapes,” which were overlooked when first officially released in 1975, got Bob Dylan an additional nomination this year for Best Historical Album, for their re-release as “The Basement Tapes Complete: The Bootleg Series Vol. 11.”

Seth Rogovoy frequently writes about popular culture for The Forward.

Why Do So Many Grammy Nominees Have Jewish Grannies?