The True Story of Genya Ravan, a Jewish Rock ‘n Roll Survivor for the Ages 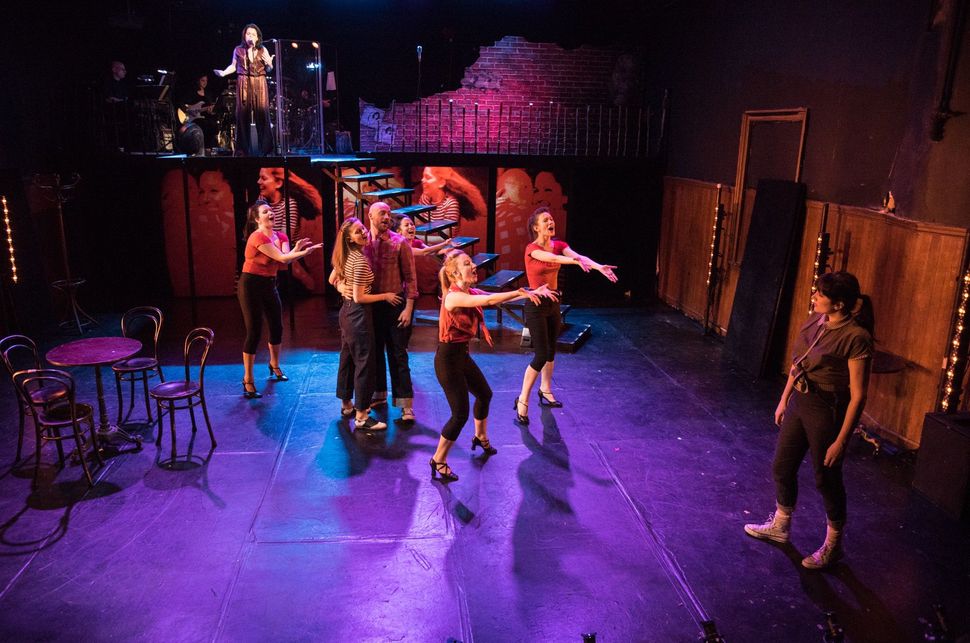 If for nothing else, Genyusha Zelkowitz aka Genya “Goldie” Ravan should be known for her hits recorded under the name Goldie and the Gingerbreads in the early 1960s. The group was the first all-female band signed to a major label – anticipating by over a decade bands like the Runaways and later on the entire Riot Grrls phenomenon. But more importantly, their sound was as funky and alive as anything coming out of Motown. Indeed, listening to tracks like “Knowin’” and “Look for Me Baby” today, you could easily be forgiven for thinking you were hearing a black group like Diana Ross & the Supremes rather than a band fronted by a Holocaust survivor raised in New York City’s Lower East Side.

Genya Ravan’s story is the stuff of real-life drama, a tale of fleeing Nazis through a dark European forest, family dysfunction, sexual and physical abuse, childhood rebellion, nude modeling, and all-around juvenile delinquency, worthy of a Marlon Brando movie from the 1950s. But the young Goldie Zelkowitz was a genuine rebel with a cause – in her case, escaping her past and her family to become something else, something as far away and as different from where she came and what was expected of her.

Married off to a much older man at the young age of 16, Zelkowitz refused to perform her “wifely duties” with him, instead hopping on back of the first motorcycle that roared down her street, riding all the way to Southern California. It wasn’t the first and wouldn’t be the last of her escapes and reinventions, the greatest transformation being a most unlikely female rock star – not just a singer in a girl group, but a full-fledged rock ‘n’ roll frontwoman – signed by legendary impresario Ahmet Ertegun to Atlantic Records and touring the U.K. and Europe on bills shared with the Beatles, the Rolling Stones, the Animals, the Yardbirds, the Hollies, and the Kinks.

Ravan boasted a deep, sandpapery-rough sexy voice that anticipated Janis Joplin and a proto-feminist commitment to being the leader of an all-female outfit — perhaps to the ultimate detriment of her career. After numerous personnel changes, shifting musical trends, and already being old hat by the late 1960s, the Gingerbreads split for good, and Ravan went on to be lead vocalist for the short-lived Ten Wheel Drive, a rock-fusion group similar in style to Blood, Sweat & Tears and Chicago.

But Ravan wasn’t done blazing trails. In the 1970s, already a seasoned hand onstage and in the recording studio, she broke the glass ceiling to become the most prominent female record producer in the music industry, working with Ronnie Spector, Wayne Cobham, Eric Weissberg, Lenny Kaye, Felix Caviliere, punk band the Dead Boys, and eventually to head up the CBGB record label.

Ravan recounted her amazing life story in her tell-all memoir, “Lollipop Lounge: Memoirs of a Rock and Roll Refugee,” in 2003. For the last few years, she has been working with Chris Henry, artistic director of Royal Family Productions, to translate her story to the stage as a musical, which is currently being given a work-in-progress production called “Rock and Roll Refugee” at Royal Family near Times Square.

The 90-minute one-act is presumably just the beginning of a piece that aspires to be an inventive, cutting-edge rock musical. In its current incarnation, theatergoers mostly get Ravan’s back story, dwelling on her miserable childhood, her cruel but sympathetic parents, and her initial attempts at rebellion. It only hints at things to come in the form of a Greek-chorus style band, fronted by one of three Goldies in the cast, performing above the main action on a bi-level set, and meant to represent the shape and sound of things to come.

As currently written, the show places great emphasis on Ravan’s upbringing in a survivor family desperate to cling to their Jewishness while at the same time utterly repressing their past, including the deaths of two young sons and everyone else in their extended family. As such, it’s a much more Jewish story than Ravan’s autobiography, and one which relies on recent songs written by Ravan in a blander, more contemporary style rather than her astonishingly soulful hits of the 1960s.

One looks forward to the eventual act two of “Rock and Roll Refugee,” which will transform the sordid story of Genyusha Zelkowitz into the shattering yet inspirational tale of Genya Ravan’s redemption and triumph over adversity.

Seth Rogovoy frequently writes about popular culture for the Forward.

The True Story of Genya Ravan, a Jewish Rock ‘n Roll Survivor for the Ages