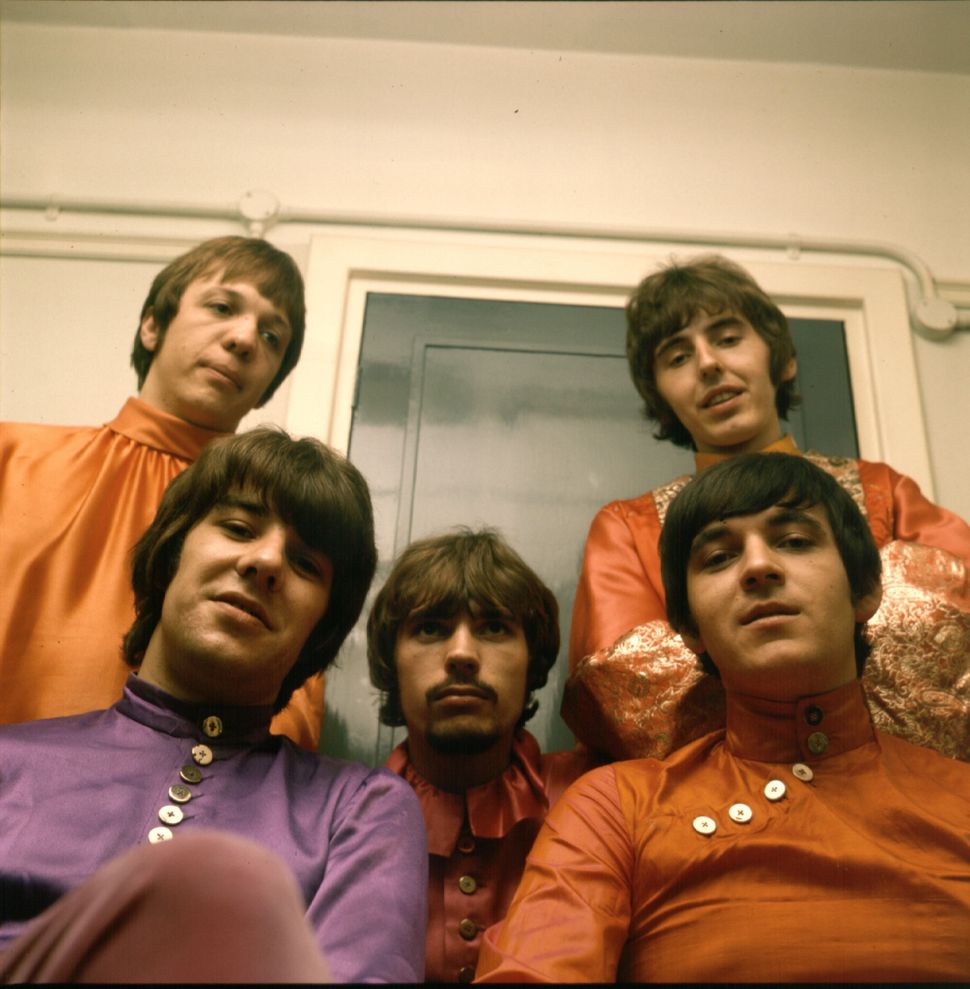 Fifty years ago this spring, a then unknown British rock group called Procol Harum released its very first single, “A Whiter Shade Of Pale.” The distinctive recording went to No. 1 in the United Kingdom and hit the top 10 in the United States, casting the mold somewhat for “progressive rock” on its way to becoming one of the enduring classics of the 1960s and of the entire rock era — the most-played song ever in public in the U.K.; a staple of classic-rock radio, and one of only a few dozen singles to sell over 10 million copies worldwide.

The song’s most innovative feature is its unique pairing of musical source material from Baroque composer Johann Sebastian Bach and from soul singer Percy Sledge’s hit, “When A Man Loves A Woman.” The music was originally credited to bandleader Gary Brooker, although decades later, keyboardist Matthew Fisher would be added officially as a co-composer for his signature organ solo. The trippy lyrics — “We skipped the light fandango… .“Her face, at first just ghostly, turned a whiter shade of pale” — were the product of the band’s co-founder and poet-in-residence, Keith Reid, one of only a handful of nonperforming members of rock bands.

Both Reid and Brooker were born in heavily Jewish East London, Brooker in Hackney and Reid in Mile End Road. Like many residents of the heavily bombed-out area, Brooker’s family moved out to the suburbs. But Reid’s family stayed put — perhaps as immigrants they were most comfortable living among their own people.

Reid’s father, Irwin Reid, a Viennese lawyer fluent in a half-dozen languages, was one of over 6,000 Jews arrested in Vienna during Kristallnacht on November 9 and 10, 1938. Like most Viennese Jews, he was transported to Dachau. He was, however, released several months later after promising to leave the country; with his younger brother, he promptly immigrated to England, leaving behind his parents, whom he would never see or hear from again and whose fate remains a mystery.

Keith Reid’s mother was born in England, to Polish-Jewish parents. While she raised Keith and his older brother, Michael, in an observant home, Keith rebelled against the traditional rite of passage, once telling an interviewer that having had his fill of Holocaust stories and having suffered anti-Semitism in primary school, a bar mitzvah was out of the question. “The last thing you wanted to do as a kid was to stick out, but I just stuck out,” Reid told “Stars of David” author Scott Bernarde. Judaism, he added, “only has negative associations for me. It goes back to my dad and what happened to him and the events of those times.”

Like many early English rock ‘n’ roll groups, Brooker’s previous band, the Paramounts, mostly recorded versions of American hits. They scored a moderate British success in 1964 with their version of “Poison Ivy,” written by the American-Jewish songwriting team of Jerry Leiber and Mike Stoller, who were responsible for numerous Elvis Presley hit records. By 1967 the Paramounts had split up, and Brooker and Reid teamed up as a songwriting duo. “A Whiter Shade Of Pale” was one of their very first efforts; other than keyboardist Fisher, the recording didn’t include any other members of what would become Procol Harum. Even guitarist Robin Trower, who went on to garner independent fame, had yet to join the group.

In its original incarnation, the band stayed together for 10 years, never duplicating the success of its initial hit. A few songs came close, including “Conquistador,” which, even if you think you don’t know it, you would recognize if you heard it (or at least I did). Still, the group released a half-dozen albums, which is on a par with the output of such likeminded groups as Yes, Genesis and the Moody Blues.

Reid penned all the group’s lyrics. While his idol was the American Jewish songwriter and Nobel Prize winner Bob Dylan, his lyrics relied more on a superficial surrealism, perhaps inspired by his love of French avant-garde films and the art of Rene Magritte and Salvador Dali. Many assumed his lyrics were inspired by or about drugs, but as the band’s in-house intellectual, Reid scoffed at the notion, insisting they were derived from “books, not drugs.”

While songs like “A Christmas Camel” and “Bringing Home The Bacon” were presumably not inspired by anything in Reid’s upbringing, “As Strong As Samson,” released in the wake of the Yom Kippur War, clearly addressed conflict in the Middle East as well as geopolitics in general, while basing itself on a biblical metaphor:

Ain’t no use in preachers preaching
When they don’t know what they’re teaching
The weakest man be strong as Samson
When you’re being held to ransom
Black men and white men, and Arabs and Jews
Causing congestion and filling the queues
Fighting for freedom the truth and the word
Fighting the war for the end of the world….

“The tone of my work is very dark, and I think it’s probably from my background in some subconscious way,” Reid told Bernarde.

The name of the group, incidentally, has been the subject of some debate. It’s widely agreed upon that a friend had a cat named Procol Harum and the name stuck. The cat’s name, however, is believed to be a corruption of the phrase procul harun, procul, being Latin for “beyond” or “afar,” and Harun, being an Arabic name derived from the Hebrew Aharon.

Procol Harum reconstituted itself in 1991, but Reid no longer works with the group. This month, the band releases “Novum,” its first studio album in 14 years, and then hits the road for the requisite 50th-anniversary tour, at which fans will continue to puzzle over the fate of the “sixteen vestal virgins / Who were leaving for the coast,” immortalized in Reid’s lyrics to “A Whiter Shade Of Pale.” Those virgins, of course, were Roman, although Reid seems to have added 10 to the original six.

Seth Rogovoy is a contributing editor at the Forward. He writes frequently about the intersection between popular culture and Jewish themes.