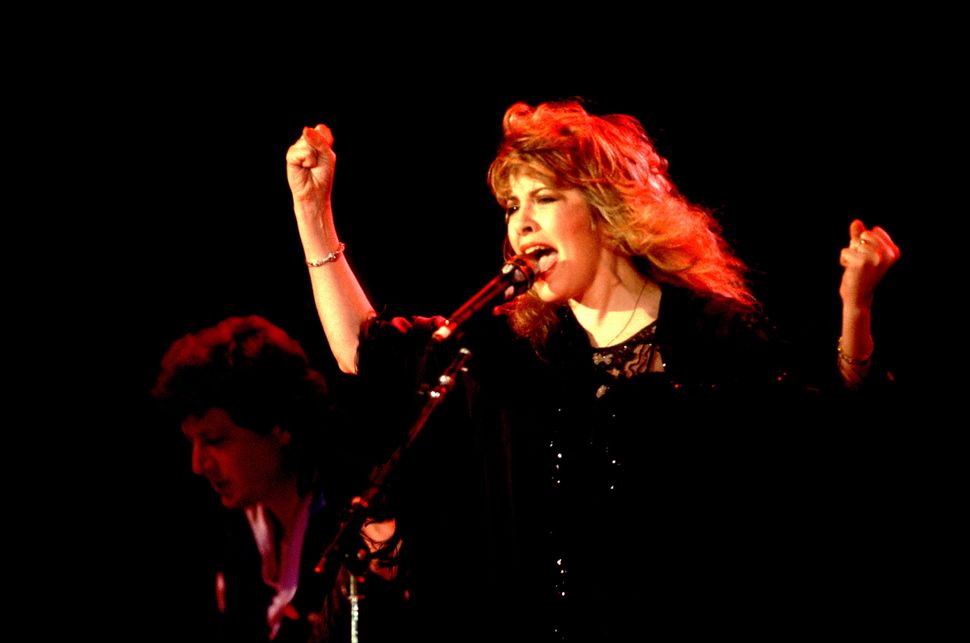 The nominees for the 2019 Rock & Roll Hall of Fame induction ceremony have been announced, and as in past years, it’s a diverse if somewhat bizarre group, ranging from commercial heavy-metal group Def Leppard to Detroit proto-punks the MC5 to pop-R&B megastar Janet Jackson to English art-rockers Radiohead.

Trying to make sense of the Rock & Roll Hall of Fame nomination process is a hair-pulling lost cause, so instead, let’s search for the Secret Jewish History of the nominees:

Devo: This clever new wave band from Akron, Ohio, often re-recorded old rock and R&B hits in its distinctive rock-primitive style, including “(I Can’t Get No) Satisfaction” by the Rolling Stones and “Working in the Coal Mine” by Allen Toussaint. They had a hit with their version of “Secret Agent Man,” originally recorded by Johnny Rivers. The song was co-written by Steve Barri, who was born Steven Barry Lipkin in Brooklyn, N.Y.

John Prine: Prine’s mentor was Chicago-based folk singer-songwriter Steve Goodman, who got an early jump on his public singing career by leading the junior choir at Temple Beth Israel in Albany Park.

Def Leppard: Say what you will about this English pop-metal group’s music (and their notorious hair), but they had what every band needs in its corner: a mensch. In their case, they had Peter Mensch, a New York City native who graduated Scarsdale High School before attending Brandeis University. Mensch went on to sign the band Def Leppard to his nascent management company, Q Prime, and became one of the most successful rock managers of all time.

The Cure: This goth-rock band led by Robert Smith almost tripped over itself with its unfortunately titled 1979 debut single, “Killing an Arab.” Never mind that the lyrics are written from the point of view of Meursault, the anti-hero of Albert Camus’s novel, “The Stranger,” who does indeed kill an anonymous Arab man on a beach. That sort of literary reference was easily lost on the pop crowd, and although Smith and his group went on to greater glory, they could never fully recover from the implied racism of their first hit. Expect protests if they wind up being inducted. (For the record: there is nothing implicitly Jewish about any of this.)

Kraftwerk: The Berlin-based Knoblauch Klezmer Band found something in this German outfit’s austere electronic music (affectionately dubbed “krautrock”) that inspired them to record a klezmer-infused cover of the group’s song “Das Modell.”

LL Cool J: The Queens, N.Y.-born actor/rapper once reminisced fondly to a reporter from the Jerusalem Post of his New York City upbringing thusly: “My grandfather was from the Bronx and he came home with gefilte fish every week.”

MC5: The Detroit proto-punkers were “discovered” by Danny Fields – born Daniel Feinberg in Brooklyn, N.Y. – who midwifed their record deal with Jac Holzman of Elektra Records.

Radiohead: The English art-band’s lead singer, Thom Yorke, has been outspoken against Roger Waters and his incessant campaign to get rockers to boycott Israel. In fact, Radiohead does perform in Israel, and the band’s guitarist, Jonny Greenwood, is married to Israel-born Sharona Katan, who considers herself an “Arab Jew.”

Roxy Music: Lead singer Bryan Ferry once modeled for British retail giant Marks and Spencer, co-founded by Polish Jew Michael Marks, until he made some dubious remarks about Nazi fashion. In his subsequent apology, he namechecked George Gershwin and Kurt Weill as two of his favorite composers. Ben Ehrlich reported on the story for the Forward.

Rufus & Chaka Khan: In 2012, Rufus lead singer Chaka Khan became something of a Jewish hero when she stepped in to replace Stevie Wonder after the music legend, bowing to pressure from pro-Palestinian activists, backed out of a scheduled performance at a benefit for the Israel Defense Forces in Los Angeles. Ironically, Rufus’s biggest hit, 1974’s “Tell Me Something Good,” was written by Wonder.

Todd Rundgren: Along with his career as a musician, Todd Rundgren has also enjoyed success as an engineer and record producer, having worked with such Jewish artists as Robbie Robertson of the Band; Daryl Hall, a convert to Judaism; and the New York Dolls, whose guitarist, Sylvain Sylvain, was born Sylvain Mizrahi in Cairo, Egypt, to a Jewish family.

The Zombies: The British Invasion band, popular in the 1960s, finally played Tel Aviv in 2011.