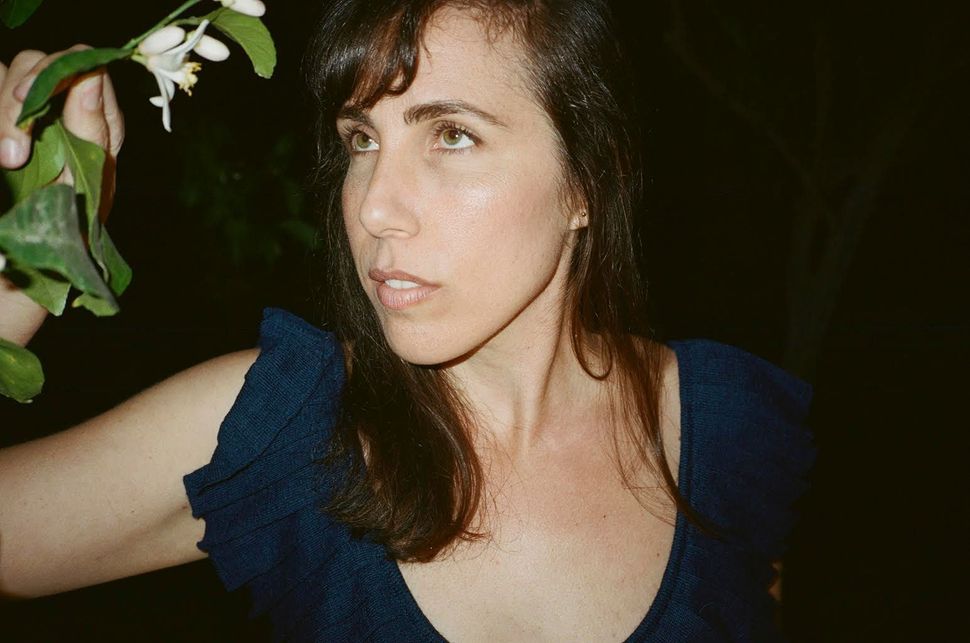 On the day of the autumn equinox, which fell directly between Rosh Hashana and Yom Kippur this year, Los Angeles-based musician, vocalist and cantor, Daniela Gesundheit, released her newest album, “Alphabet of Wrongdoing.”

“Releasing the record on the day of equal light and darkness in the middle of the high holidays… It was an opportunity I just couldn’t pass up,” Gesundheit said.

The 18-track record, whose title comes from the prayer Ashamnu, is composed of liturgy from the holiest days on the Jewish calendar: Rosh Hashana, the lunar New Year, and Yom Kippur. 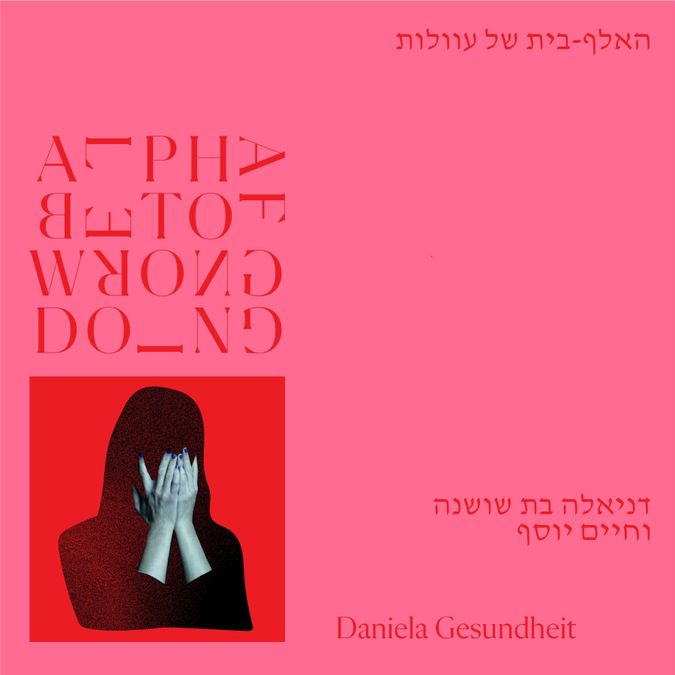 Just like the traditional prayers and rituals of the high holidays, “Alphabet of Wrongdoing” centers around themes of atonement, reckoning, forgiveness and mortality; However, the music itself has been reimagined for a wider audience. It begins with “Thirteen Qualities,” or the 13 Attributes of Mercy (Selichot), and concludes with “Psalm 92 (The Just Will Blossom Like the Date Palm).”

“I wanted to capture the beauty of this music,” Gesundheit said. “There isn’t a lot of recorded Jewish music that I deeply resonate with. And I knew there was a way I wanted to represent these songs and these prayers that I hadn’t yet heard.”

Gesundheit, 38, was born in Los Angeles to an Ashkenazi-Mexican Jewish family. Her father, whose parents fled from Eastern Europe just before World War II, was born in Mexico, while her mother is a third-generation Angelino of Russian-Jewish descent. Her multicultural upbringing made her aware of the vast diversity that exists in the Jewish community.

“My family cooked Mexican food just as much as Jewish food, and there were some delicious hybrids,” Gesundheit said. “My aunt makes gefilte fish from scratch, but adds this Mexican red sauce. It’s absolutely delicious.”

Gesundheit attended day school at Stephen Wise Temple, a large Reform synagogue in Los Angeles, where she was surrounded by other kids who came from multicultural Jewish backgrounds.

“I had friends who were Korean-Polish Jewish, Salvadorian-Jewish,” she said. “It allowed me to understand that being a Jew is not just one thing. That has deeply informed who I am and what I do.”

Gesundheit knew from an early age that she wanted a career in music, but she didn’t find a deeper connection to her Jewishness until college. A music major at Wesleyan University, she explored the Jewish artforms that interested her most: poetry and literature.

Although Gesundheit studied mainly South Indian classical voice and had aspirations to be a pop artist, she ultimately wrote her thesis on the music of Jewish grieving rituals. As a teen she had faced several significant losses of people close to her, and wanted to see what Judaism had to offer for those experiences.

After she graduated, she took up private study with cantors in San Francisco and eventually made the decision to become one herself. These aspirations took her all the way to Toronto to serve as a cantor at Shir Libeynu—Toronto’s first queer-inclusive congregation—where she’s worked for 13 years.

“I didn’t want to keep going to services having a vague idea of what was happening, and feeling lost. I love singing so much, and there’s so much song liturgy… I just felt like I should master it. I should know it so that I can participate,” she said. 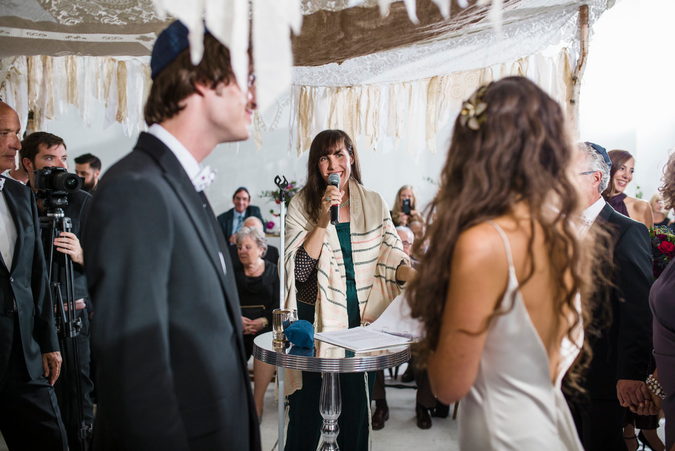 During her time as a cantor, Gesundheit simultaneously pursued a career in popular music. She toured with her Toronto-based indie pop band, Snowblink, opened for acts like Timber Timbre and Jeff Tweedy, and collaborated with artists like Brian Eno and Feist.

“These two worlds of mine felt very, very separate… singing traditional jewish liturgy and creating my own music,” she said. “I just never saw a way to bridge them.” 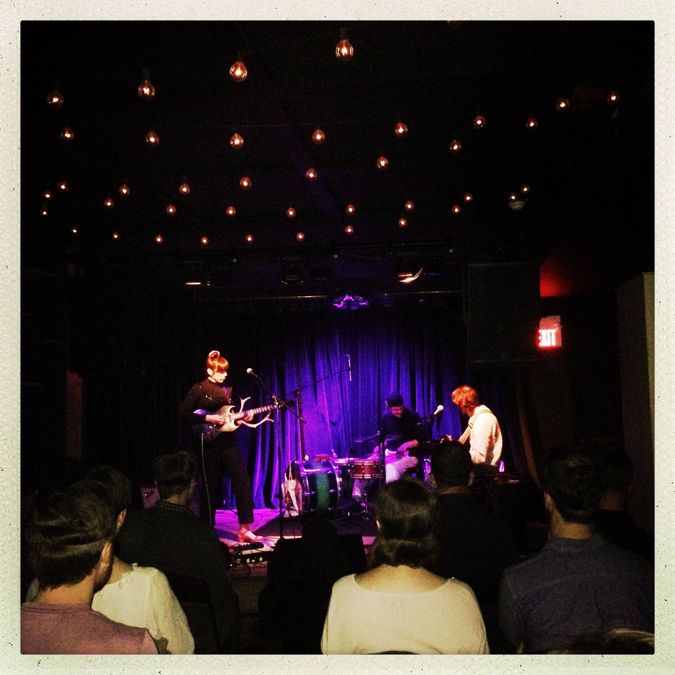 But with the creation of “Alphabet of Wrongdoing,” Gesundheit did just that.

Gesundheit says she first felt moved to combine her two passions — music and Jewish liturgy — while performing with Feist at the “Tower of Song” Leonard Cohen tribute concert in Montreal in 2017.

“[Cohen] was such a huge figure for me — not just as a songwriter, but as a Jewish thinker and Jewish presence,” she said.

Another moment of confluence happened when Gesundheit was invited to sing Jewish prayers at an art gallery in Los Angeles. It was the first time she had sung the liturgy outside of a ritual context, and it made her realize how much the prayers could resonate in a non-religious space. 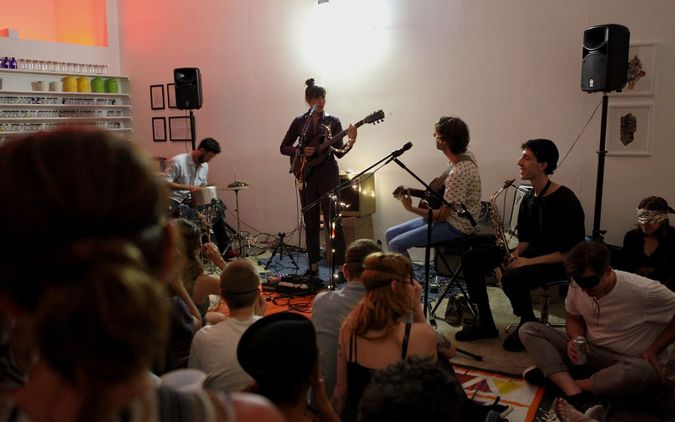 Blink, but you won’t miss it: Daniela Gesundheit and her band, Snowblink, perform for a blindfolded audience at the Institute for Art and Olfaction in Los Angeles with Kevin Yokota, Dan Goldman, and Sam Gendel. Image by Saskia Wilson-Brown

“It was the feelings of the Jewish people in the room, and the conversations and questions it sparked for the non-Jewish people encountering this music for the first time,” Gesundheit said. “I just knew in that moment that creating this record would be a generative thing to do.”

Gesundheit was also inspired by the experience of watching a congregation’s physical response to Jewish prayer and song — how everyone in the synagogue seemed to sway together.

“They looked like a sea of reeds, or a grove of palm trees, as if there was one wind moving everybody.” she said. “I wanted the music production on the record to feel something like that.” 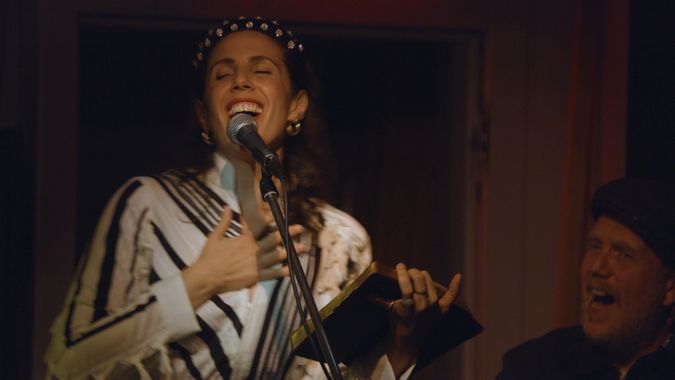 Songs from the soul: Daniela Gesundheit and Alex Lukashevsky perform “Alphabet of Wrongdoing” at URSA art space in Montreal. Image by Spencer Gilley

Along with the record, Gesundheit released a digital libretto— a 55-page ebook that includes personal poems and essays, and serves as a “roadmap” for people to follow along with as they listen.

The record’s release comes at a unique and challenging time for musicians and religious leaders alike: the COVID-19 pandemic has drastically altered the ways people can experience live music and attend religious services. But Gesundheit said she’s found a silver lining.

“Taking away the elements that usually accompany a release — the amount of energy that’s expended getting myself all over the globe, the energy exchange in live performance… I actually have the time to correspond with people who have reached out to me about the music without having to run and catch a plane to the next city,” she said. “I think there is going to be a lot more one-on-one connection with people.”

With this album, Gesundheit also hopes to communicate a larger message.

“It’s not enough to sing this music and think about these things one day a year in a room full of Jews. I want to contemplate these concepts and share this beauty with lots of different people,” she said. “With what’s happening in the world right now… I feel like the work ahead of us is too great to limit these conversations.”

“Alphabet of Wrongdoing” can be listened to and purchased on bandcamp, and streamed on Spotify or iTunes. Find more about the record by visiting the artist’s website or Instagram @alphabetofwrongdoing.