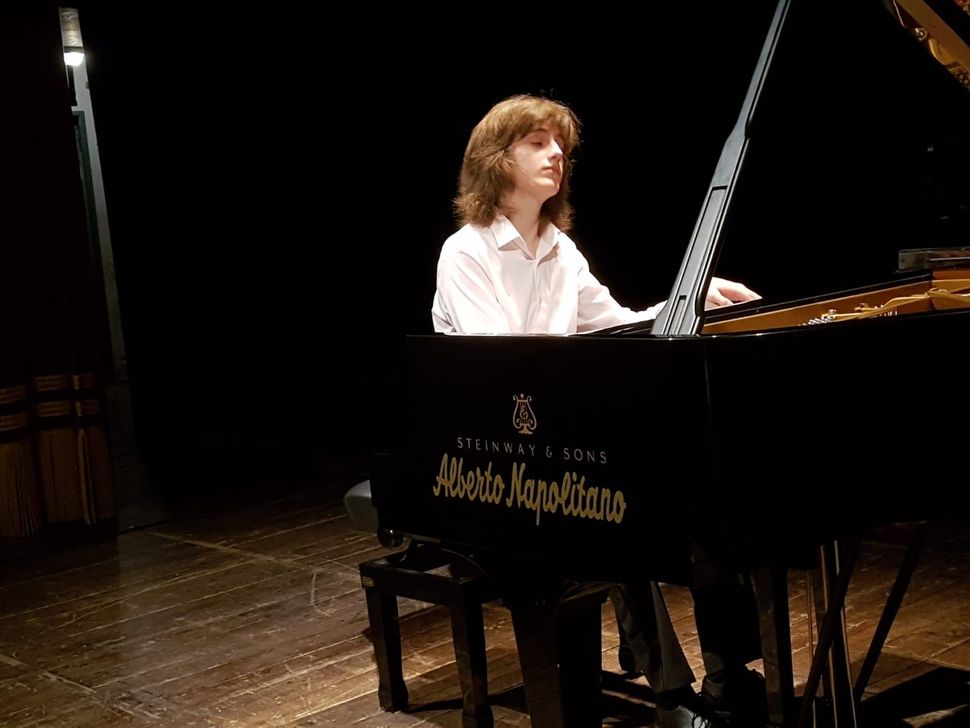 Born in 2004, the Israeli pianist Yoav Levanon has just signed an exclusive contract with Warner Classics. This is only the latest achievement in a career that already includes winning the National Piano Competition in Israel at age five, followed by a debut with the Israel Chamber Orchestra at age seven.

Levanon is a native of HaSharon, the Sharon plain or central section of the Coastal Plain of Israel, where he currently lives with his family. Since the age of 11, Levanon has studied with the pianist Murray Perahia at the Jerusalem Music Center. Levanon recently took some time to discuss the challenges and rewards of being a young keyboard virtuoso in Israel.

How does Israel manage to have so many talented young pianists, since unlike China, where piano mania has swept the nation, Israel is a small country with many other distractions?

At the beginning of this year, you participated in a film project with the Israeli conductor and pianist Daniel Barenboim. Despite his fine record as a talent spotter, Barenboim also sometimes makes headlines for his tantrums Did you experience a calmer side of Barenboim?

Barenboim was filming a master class for every sonata of Beethoven with other Israeli pianists and Jewish pianists who do not necessarily live in Israel. He invited me there to play Beethoven’s Sonata No. 13, the one before the “Moonlight” Sonata. A student warned me that when I would be working with [Barenboim,] something would happen. I went to the master class and it was absolutely fine. He was very friendly and gave me a ton of compliments, and said my technique was effortless and asked me if I could donate my fingers to him. Listen, everyone sees a different part of persons. I didn’t spend hours with him, but the time I did spend with him, he was pleasant to me. 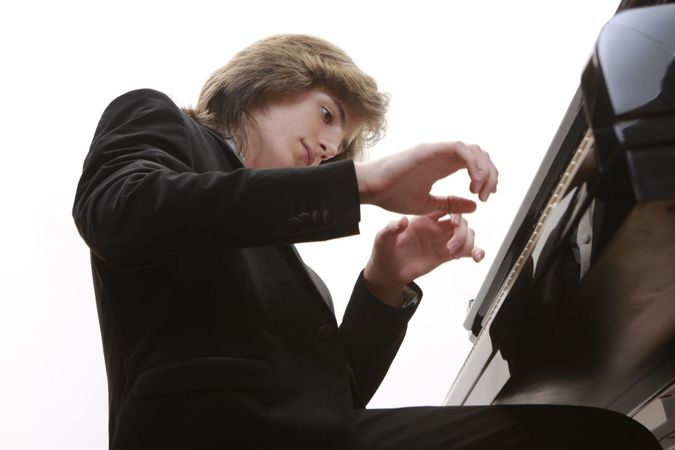 From the Plain of Sharon Levanon hails from HaSharon, which is mentioned in the Book of Chronicles and Isaiah. By YoavLevanon.com

The Jerusalem Music Center (JMC) was founded by the violinist Isaac Stern and former mayor of the city Teddy Kollek, Now JMC is headed by Murray Perahia, born in the Bronx of Sephardic Jewish origin. Perahia is so polite and kind, he apologizes to students in master classes every time he plays a passage to demonstrate how it should be performed. Is there a chance that Perahia’s niceness might spoil you in terms of hearing advice from mentors who are less benign?

I gotta say that Perahia is a phenomenon; his personality is amazing. He is so modest, as you said, and has such a beautiful temperament. In the past, I never encountered a horrible scenario where I had a problem with anyone’s teaching. Obviously I wouldn’t encourage shouting or whatever. It isn’t necessary to get your points across. People have generally always been nice. Psychologically, if you shout at a student, they are going to close up and you can’t be communicative.

Do you have any contact with slightly older or mid-career Israeli pianists who are noted for their musicality, like Ran Dank or Einav Yarden? They might remember in detail what it is like to be your age and could possibly offer useful performance and lifestyle advice.

As you are from HaSharon, you know that the Plain of Sharon is mentioned in the Bible in the Book of Chronicles and Isaiah, including reference to the enigmatic Rose of Sharon from The Song of Songs. Do you have any suggestion about which flower the Rose of Sharon might be, a question that has baffled biblical scholars?

I don’t have much to say on this topic. I didn’t hear much about this. I am home-schooled, but I do all the exams and for my matriculation exams between high school and college, I studied Tanakh. The course didn’t focus on the Shir HaShirim [The Song of Songs]. But I’m proud to say I got a great grade, a 90.

The stated “Vision” of the JMC is to help students on a “lifelong journey that, over and above innate ability, requires commitment, dedication and humility.” How can you remain humble when at age 11, you were already favorably compared by one critic to the great Polish Jewish pianist Arthur Rubinstein?

I think that in every profession, you gotta stay modest, with your feet on the ground. Once you lose this humility and think you’re at the top of the world, you stop progressing. I know there’s always something that can be improved. I appreciate things that people say, and am glad people support me and believe in me. It’s a big motivation, but I always keep myself at a ground level. It’s about knowing how to take it correctly. It’s a complicated topic and very philosophical.

Some journalists are comparing you to the Russian Jewish pianist Evgeny Kissin, insofar as he too started a career without first winning widespread fame from piano competitions. Although many participants in competitions have horror stories to recount, are there any positive things about them?

When I went to competitions, and I did it first when I was six or seven years old, I just enjoyed the fact that I could go onstage and play to people. Music is not like the Olympics, which is very simple. If you run, you have to run the fastest and whoever reaches the finish line first, wins. Music is such a complicated matter, and everyone can see something different in it. In competitions of art, and music is an art, you can almost never 100 percent determine that someone is a winner over someone else. Maybe if the judges were different in another place or time, there might have been different results. So I don’t take it personally. I do my best and prepare myself but am not too worried about the results. I enjoy the process and enjoy hearing other people play amazingly, so whatever happens, I’m happy with it. I don’t take it in a negative way. Some contestants can’t eat and start to throw up when they have to go onstage. I just play and enjoy. I make music to bring positivity and pleasure to other people, instead of focusing on what I cannot control.