To mark the 11th anniversary of the American singer-songwriter’s death, the Israeli musician will perform her versions of Friedman’s music at Park Avenue Synagogue. Bat Ella, left, met Debbie Friedman, right, more than 30 years ago. Today, she is trying to continue the singer’s legacy by translating her music to Hebrew and spreading her egalitarian message across Israel. (Courtesy)

(New York Jewish Week) — After she finished her compulsory military service as a singer in an IDF performing arts troupe, Israeli folk singer Bat Ella wasn’t sure how she would incorporate music into the rest of her life.

That is, until she met Debbie Friedman, the American singer-songwriter who revolutionized Jewish prayer services by translating popular prayers and setting them to unforgettable melodies.

“She wrote melodies that are simple, catchy and touch your heart right away,” Bat Ella, 55, said of Friedman’s impact. “She realized the power of the sing-a-long, of voices coming together, and allowed us to bring prayer into our day-to-day lives.”

Bat Ella credits Friedman with reigniting her love for music, and helping her come to terms with her Jewish identity, something she struggled with growing up in Israel, where her only choices, it seemed, were to be completely secular or completely religious.

Bat Ella and Friedman sang together around the United States for decades after meeting in the early 90s. In the years since Friedman’s death in 2011 at age 59, Bat Ella has translated Friedman’s songs into Hebrew, channeling her joyful and prayerful melodies and putting women at the forefront of her own songs.

Her goal, she said, is to bring Friedman’s inclusive, egalitarian philosophy to Israeli Judaism — a goal that Friedman shared with Bat Ella during her lifetime.

To mark 11 years since Friedman died, Bat Ella will return to the United States to perform her own versions of Friedman’s music at Park Avenue Synagogue on the Upper East Side, on June 14. Cantor Azi Schwartz, who will also take part, is excited about bringing Friedman’s music to PAS, where in his 13 years he has showcased liturgical, traditional music.

The New York Jewish Week caught up with Bat Ella ahead of her concert in New York to chat about how Debbie Friedman and her music changed the singer’s life, and how she hopes to continue that legacy in Israel. 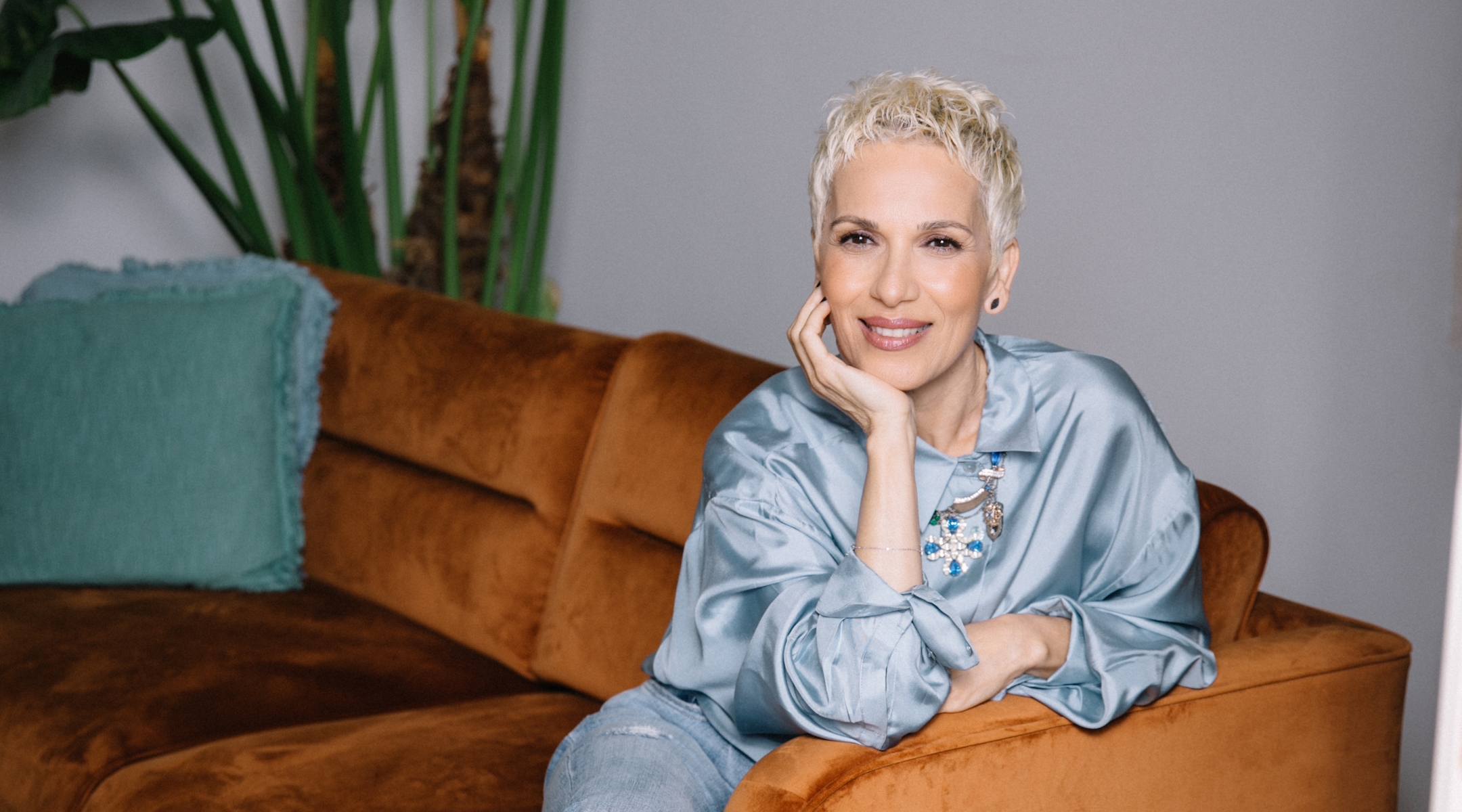 New York Jewish Week: Can you tell me a little bit about your relationship with Debbie Friedman?

Bat Ella: I met her around 30 years ago. I was in the beginning of my life, I had just moved from Israel to the States with my boyfriend who has since become my husband. I met her at the main intersection of my life; as a young woman, as Bat Ella and also as a person that was looking for her identity as a Jewish Israeli person.

Ever since I can remember, I was on stage. In the army I was a singer in the performing arts groups. But then when I finished I said to myself, “music will be a nice hobby, but not a real profession.” I did my bachelor study in political science at Hebrew University and met my husband. So you know, I had this fire inside of me, but it was very much in a coma. I had only heard about [Friedman] when I was a teenager in the [Israeli Scouts Friendship Caravan] and as a music specialist at summer camps in the States.

The first time I met her it was a special Hava Nashira workshop for song leaders, chazzanim, and singers in the community. When I saw her, she gave my life an injection of energy. She shook everything inside of me and woke me up. I saw her charisma, her fire, her connection with the audience and the way that she brought everybody together — kiruv levavot — when you put hearts together. She gave me this life again.

What about Friedman’s legacy inspired this tribute?

She started a revolution. I wasn’t sure about my identity as a Jewish Israeli person. I grew up in Dimona, in the desert, which was a town of immigrants. If you’re talking about a melting pot, that was the place. I lived in a neighborhood of people from all around the world, and I grew up in a house that was Sephardic, very pluralistic, very liberal and not religious. So it was a mix: We celebrated the holidays, we celebrated Shabbat singing zemirot [Jewish hymns] around the table, but I never went to synagogue. I never opened a siddur [prayer book] in my life.

The one place in my life that I always felt disgusted was in the manipulation of religion and politics. I wanted to be far away from it. When I met [Debbie] and also my husband — because my husband comes from a Conservative family, his father is a professor and a Conservative rabbi, his uncle was a cantor — suddenly I saw something that was new to me. I think Debbie influenced me to start to feel comfortable and proud and to fall in love with my Judaism. The way that I grew up, there was a very clear separation — that you were either secular or religious. If you were religious, there is only one way, and that is the Orthodox way. When I met Debbie, when I got to the States, when I visited [summer] camps, I started to understand that there are different ways to be Jewish.

Her challenge was to try to bring the beauty of Jewish life to teenagers, adults and children so they feel comfortable with it. When I moved back to Israel, I felt that my challenge was to bring this world to Israelis — to start talking about God and Judaism with them without them thinking that I want them to become Orthodox or religious.

Another thing I had learned [from Debbie] was that there was more than one way to be secular. You can have the lifestyle of a secular person, but believe in God and feel comfortable with tradition and with Judaism and feel at home in synagogue and still travel and listen to music and play instruments on Shabbat and it’s okay.

And that sort of Judaism is not easily accessible in Israel?

We are beginning to have this movement of Jewish renewal, but we still have a long way to go for people in Israel to feel comfortable with Reform and Conservative and to understand that the options are not just secular or religious — there’s a wide spectrum of how you can be Jewish. In this way I feel that I continue her legacy and I very much identify with her legacy. 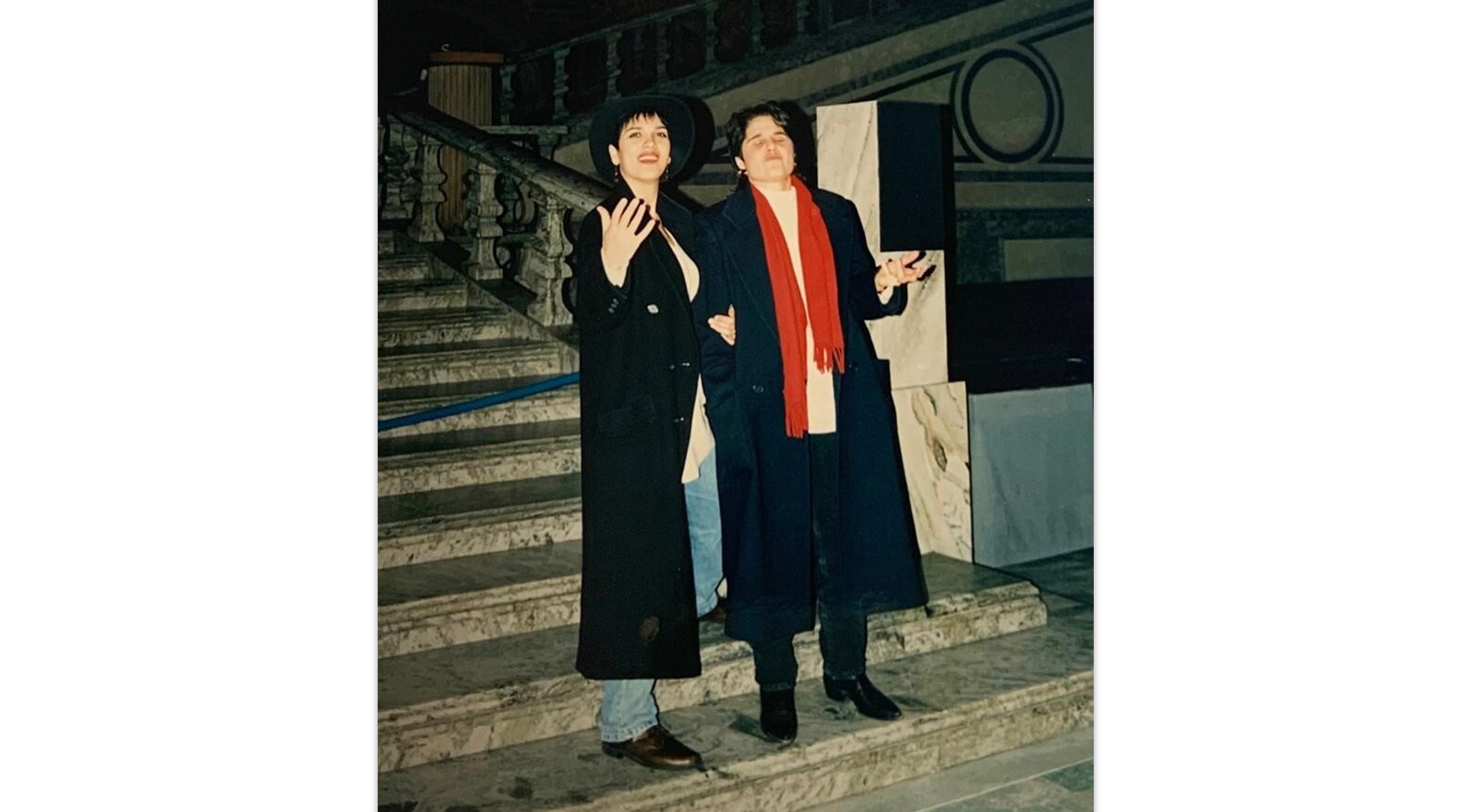 Bat Ella, shown here with Debbie Friedman in an undated photograph, feels she is carrying out a lifelong dream of Friedman’s: to perform her music in Israel and make it fully accessible t0 an Israeli audience. (Courtesy)

To make the songs relevant to her crowd, Debbie wrote in the spirit of the prayers and translated them into English. For a long time, the language was kind of an obstacle, I had no idea what to do with these English songs in Israel.

I know from talking to Debbie that it was her dream to bring her music to Israel and sing it live here. While she was alive, I didn’t feel comfortable touching it, but when she passed away, I said, “let’s do something with [her music],’ because it influenced me so much.” In a way, it’s like her songs made aliyah. I was the first person to translate her iconic songs from English to Hebrew. We killed two birds with one stone — one is that we were able to bring her music here and make it relevant to my crowd. The other is that when traveled to the States and performed in communities there, people were very grateful because some congregations couldn’t or wouldn’t use her music or melodies because they were in English. In the service and in special events, singing the songs in Hebrew was very important. So now you can sing “Mi Sheberach” and “Lechi Lach” and all the iconic songs in Hebrew.

Do you think her music still resonates with Generation Z?

This is the 11th year of her yahrtzeit. I feel obligated to bring her back to the forefront, to remind people who she is and to bring her music back, especially for the younger generations. I’m very honored and delighted that my son Nitzan is going to sing with me on the stage at this performance. I’m not sure if the younger generations are familiar with Debbie anymore. This is another opportunity to show her music and the beauty that it brings.

You’ve talked about wanting to build a bridge between Israel and Diaspora Judaism. Why is that important to you and how does this upcoming concert reflect that goal?

There’s a museum in Tel Aviv that used to be called “Beit Hatfutsot,” “the home of the Diaspora.” A couple years ago, they changed the whole museum and changed the name to “ANU” — “All of Us.” [Israeli Jews] are not the only story. Our friendship, especially with American Jewry is something significant and important. We can’t take it for granted. Unfortunately, there are a lot of people in Israel that still don’t understand that there can be a different kind of Judaism. We have to cherish and work on this relationship all the time.

It’s very common today to talk about Jewish peoplehood. Instead of just fighting and focusing on the differences between us, let’s embrace the things that we have in common and celebrate them. I feel that I am in a place of not fighting the darkness, but you know, increasing the light. I feel very grateful towards American Jewry because it was in the States that I fell in love with my Judaism and I became proud about my Judaism.

Bat Ella and Cantor Schwartz’ free tribute concert to Debbie Friedman’s life and music will be on June 14 at Park Avenue Synagogue. Register to come in person or watch via livestream.