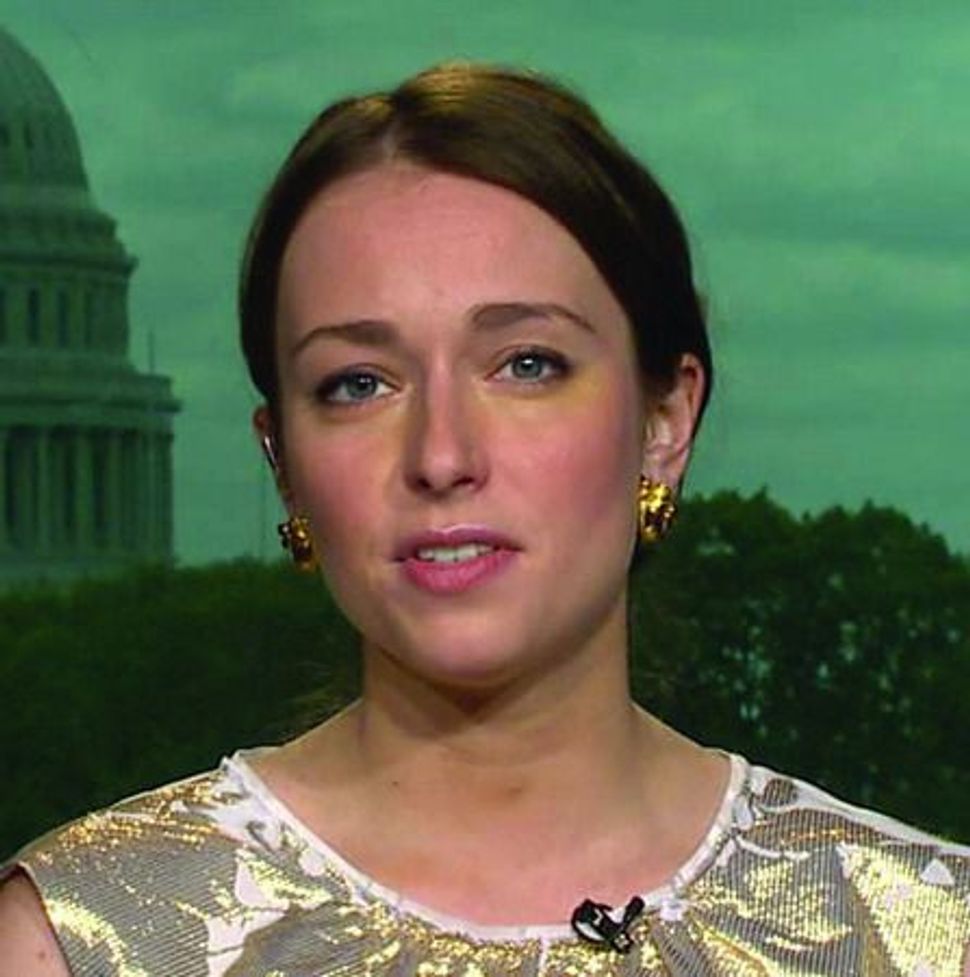 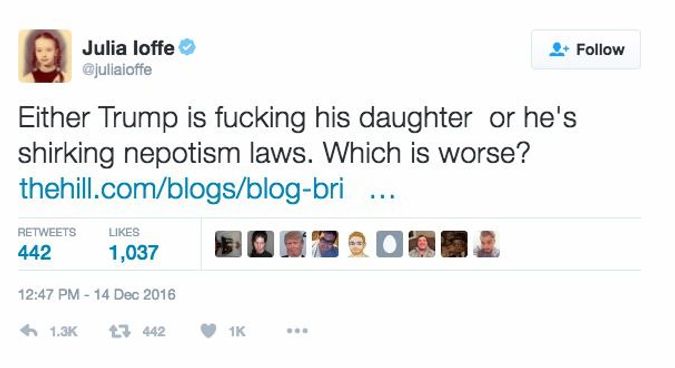 Her tweet followed a report in The Hill that Ivanka will get an office in the White House in the space traditionally reserved for the First Lady. Trump’s team denied the report.

Politico announced her firing, saying “incidents like this tarnish POLITICO and the great work being done across the company.”

Ioffe reacted to her firing on Twitter, saying “I guess my phrasing should have been more delicate.”

Last month Ioffe was named as one of the Forward 50 list of influential Jews in 2016.

Earlier this year, Ioffe clashed with Trump after publishing a revealing profile of Melania Trump for GQ magazine. Critics flooded her with calls playing Adolf Hitler’s speeches, photoshopped images showing her in death camp uniform, and called her a “filthy Russian kike.”

Last week, The Atlantic announced Ioffe would join the magazine next year as a national security, foreign policy and politics reporter. The magazine has not commented on Ioffe’s tweet.