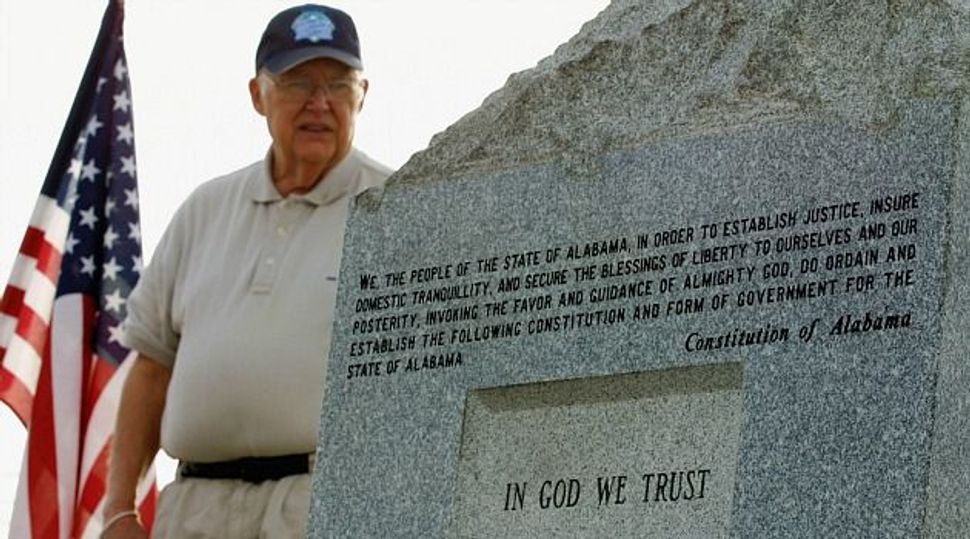 He?s Back: Roy Moore, the ultra-conservative Alabama judge who resisted court orders to remove a monument to the Ten Commandments bounced back. Image by getty images

The Alabama judge famous for installing a monument of the Ten Commandments outside his courthouse may soon be headed to Washington D.C.

Judge Roy Moore, whose disregard for separation of church and state has drawn harsh criticism throughout his years on the state bench, is one of eight candidates interviewed so far by Alabama governor to replace Senator Jeff Sessions once he is confirmed as Attorney General in Donald Trump’s cabinet.

Moore, Alabama’s Chief Justice, was ordered in the late 1990s to remove a plaque of the Ten Commandments from his courtroom and to stop holding prayers there. Moore eventually complied, only to commission in 2001 a huge granite monument of the Ten Commandments to be placed outside the state court building. After refusing to adhere to a federal decision to take down the statue, Moore was removed from office.

He was elected to the state supreme court in 2012, but suspended again in September after defying federal court orders to to allow same-sex marriages.