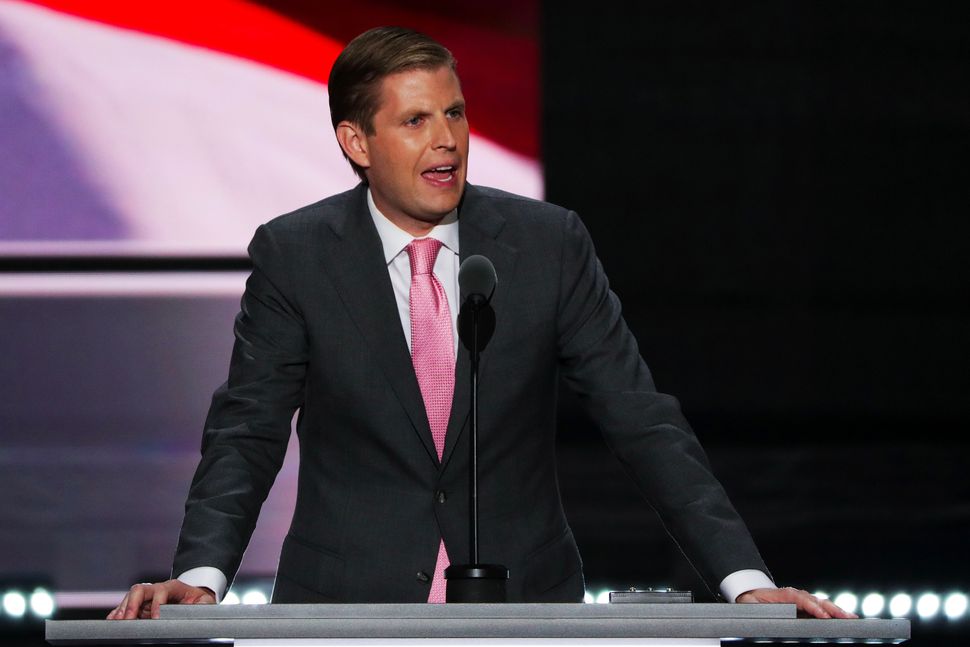 The Eric Trump Foundation appears to be implicated in a number of irregularities, dealing with conflicts of interest in its payments and patronizing the pet causes of its board members.

According to a report report in the Associated Press, the foundation contracted for services with numerous subsidiaries of the Trump organization, for example hosting benefit events at a Trump golf course. It also had a board stocked with Trump family friends, who the AP said appeared to steer money to their pet causes.

Both of these allegations, if true, would be a violation of Internal Revenue Service rules on charity, which prohibit those who operate charities from making a profit off them. Those regulations also discourage board members and those associated with a charity from steering monies to organizations close or related to them, out of concern over self-dealing.

The Eric Trump Foundation has an annual budget of over $7 million, and donates most of its proceeds to the St. Jude’s Hospital, a charity for kids with cancer. Apparently, several Jewish organizations have benefited from Eric Trump Foundation monies, though. One of the charities was Chai Lifeline, a group that helps sick children and whose chairman, Larry Spiewak, attended Jared Kushner and Ivanka Trump’s wedding. It is not clear what role that connection had in the donation.