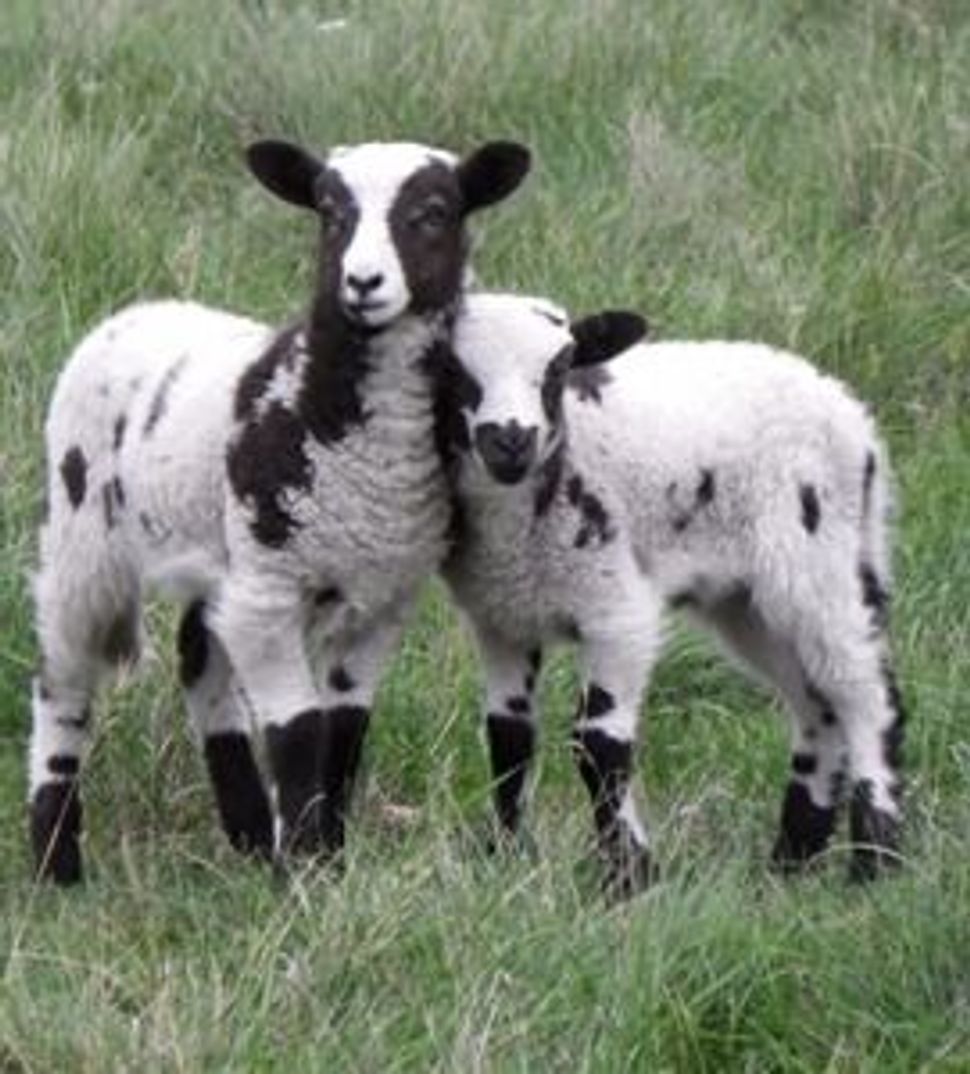 Gil and Jenna Lewinsky, a Canadian Jewish farming couple, had a different sort of aliyah in mind when they loaded more than 100 sheep on a cargo plane for Israel, animals they said hail from Biblical times.

“You know that Israel is built on Jewish people returning. Now you have a case of an animal from the Old Testament also returning,” Gil Lewinsky told National Public Radio this month as a group of the animal were offloaded at Ben Gurion Airport in Tel Aviv.

The British Columbia-based couple says that based on their research, a breed known as Jacob Sheep trace their origins to the Holy Land, despite their current range in Europe and North America. Jacob Sheep got their name in the 19th century, due to their spots, said to resemble ones found on the sheep described in Genesis.

But while the Lewinskys raised money from Jews and Christians to “repatriate” the animals, and eventually got a permit from the Israeli government to fly them in, not everyone agrees with their genealogical work.

“Jacob Sheep are related to Jacob the same as the American Indians are related to India,” Elisha Gootwine, a researcher at Israel’s Agriculture Ministry, told the news service, recounting the breed’s history on the British Isles.

But he was sanguine about the whole issue.

“Anyway, it’s a nice breed and people will be happy to see it,” Gootwine said. “It is a good story. For journalists, not for scientists,” he said.