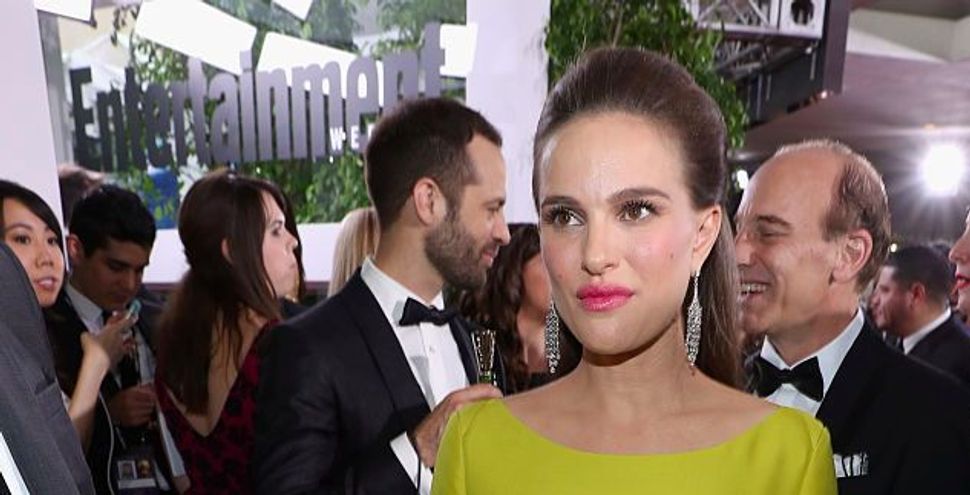 Heavily pregnant, actress Natalie Portman opted for a bright yellow dress cut for the 1960’s as she arrived on the Golden Globes red carpet.

The stunning outfit a nod to her role as First Lady Jacqueline Kennedy in the biopic “Jackie.”

But actor Casey Affleck stole the spotlight early at the Golden Globes on Sunday night when he donned a long beard and a man bun on the red carpet.

“I feel like I’ve got chicken pox on the day of my wedding,” Affleck, who was nominated for best actor for “Manchester By the Sea,” told NBC.

For the most part, female stars in shimmering silver and bold bright colors dominated the red carpet for the night.

“La La Land” star Emma Stone wore a blush-pink Valentino dress embroidered with silver stars, a homage to the film’s “City of Stars” song, and led a cavalcade of actresses in different styles of silver.