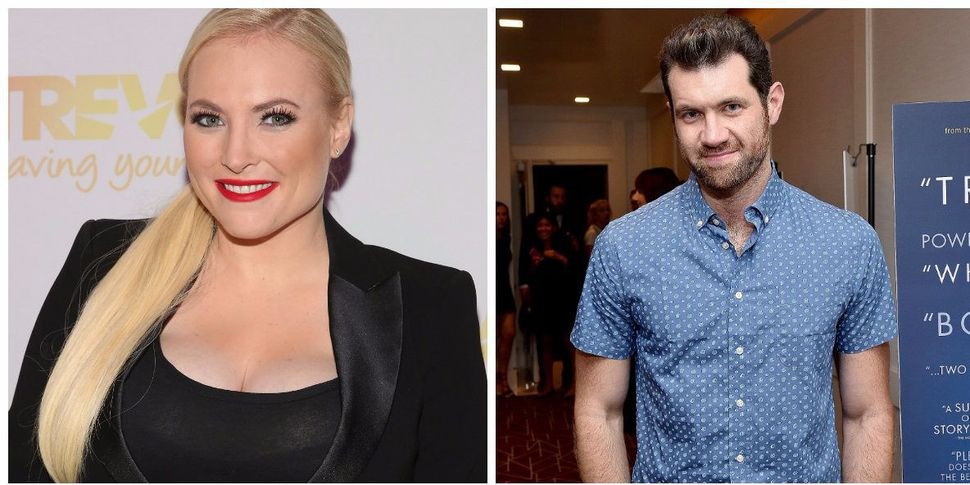 A war of words broke out between Billy Eichner and Meghan McCain over Meryl Streep’s speech on Donald Trump at the Golden Globes last night.

This Meryl Streep speech is why Trump won. And if people in Hollywood don’t start recognizing why and how – you will help him get re-elected

Um she asked him not to make fun of disabled people and advocated for the freedom of the press and the arts you fucking moron https://t.co/IzZexd7Bb4

.@billyeichner calling republicans like me “fucking morons” is a great way for Hollywood to bridge the cultural divide. Enjoy your bubble.

.@MeghanMcCain I rather live in a bubble than live with people who don’t feel a need to respect the disabled, freedom of speech & the arts!!

“Never get in a wrestling match with a pig because you both get dirty and the pig likes it”. Done talking Hollywood and d-list comedians.

Love being told I live in a bubble by the daughter of a millionaire politician who sometimes guest co-hosts Hoda and Kathie Lee.