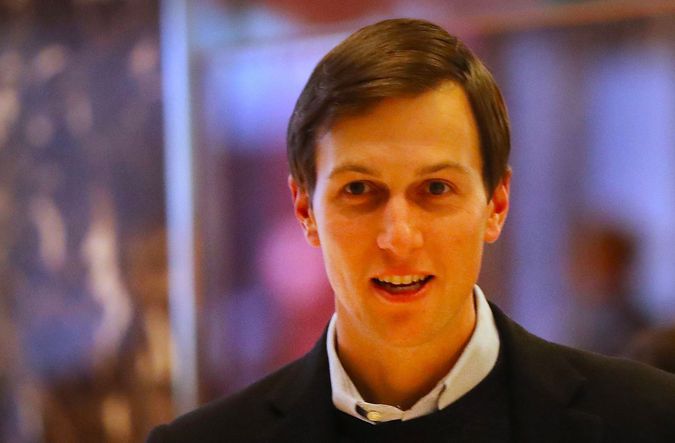 President-elect Donald Trump repeated conspiracy theories pulled from Breitbart News and Alex Jones’ InfoWars throughout his campaign for the White House. But son-in-law — and soon-to-be “special adviser” to the president — Jared Kushner told his friends not to worry about it.

“People say Trump a friend, according to a profile on Kushner in New York Magazine. “I think he unhinged everyone else.” According to the same report, Kushner has told the business community not to take his father-in-law’s words too seriously, pledging that the new administration would eventually pursue a “rational” policy on immigration and that Trump’s presence in the boardroom was far different from his unconventional persona on the stump.

Trump’s entrée into the world of rightwing politics came during the so-called “birther” controversy, when he led the way in pushing the racist lie that President Barack Obama was born in Kenya, and hounded his predecessor for a copy of his birth certificate from Hawaii. On the campaign trail, he falsely told crowds that Muslims cheered after the World Trade Center attacks and insinuated that rival Hillary Clinton was part of a global banking conspiracy.