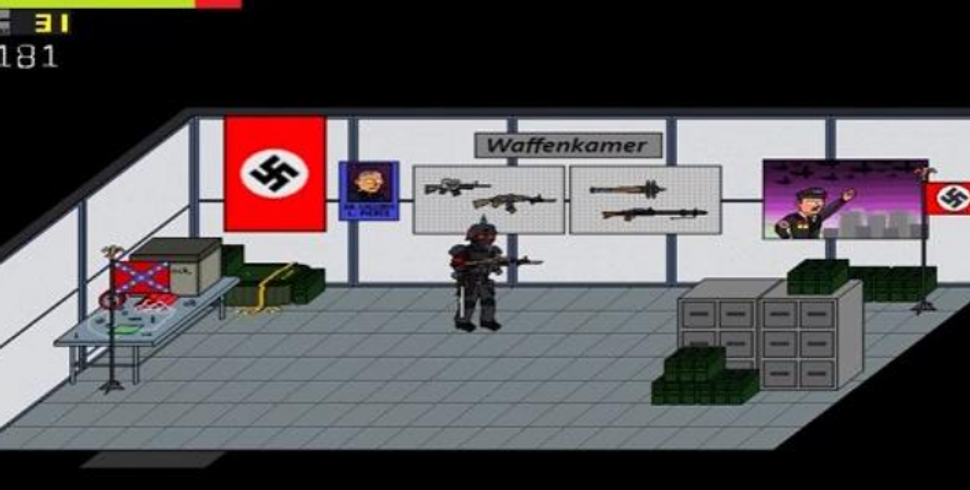 YouTube has removed a neo-Nazi video game from on its site, following publicity around the program and calls for its deletion.

“The gates of Europe have been destroyed by the parasitic (((Leftists))),” the opening credits to the “Angry Goy” video game read. “Brown murderers and rapists come freely into these once-great nations.” It continues, “There is only one solution … a Final Solution.”

Produced by “Wheel Maker Studios,” the game follows the murderous exploits of a neo-Nazi who takes out his hate on blacks, Jews and refugees, after hearing that six million immigrants have arrived in Europe. Activities include shooting up resettlement camps and pushing Jews into ovens. One is treated to a speech from “Adolf Hitler” at the end of the game, when one has completed all of its “tasks.”

After the Jewish Chronicle reported the existence of the game on Monday, YouTube quickly removed it from the site. “Hate speech has no place on the YouTube platform and we have clear policies against it,” a spokeswoman for the streaming service told the British newspaper. “We act quickly to remove content that breaks our terms of service when it’s flagged to us by users.”