Shapiro was responding to Vermont Senator Bernie Sanders, who has called healthcare a right and denounced President-elect Donald Trump and Republicans’ plan to repeal Obamacare.

You heard it here first folks—health is an accessory in the same way high-quality, hand-stitched, Napa leather couches are. Thanks Ben! pic.twitter.com/DoR6MDxrkL 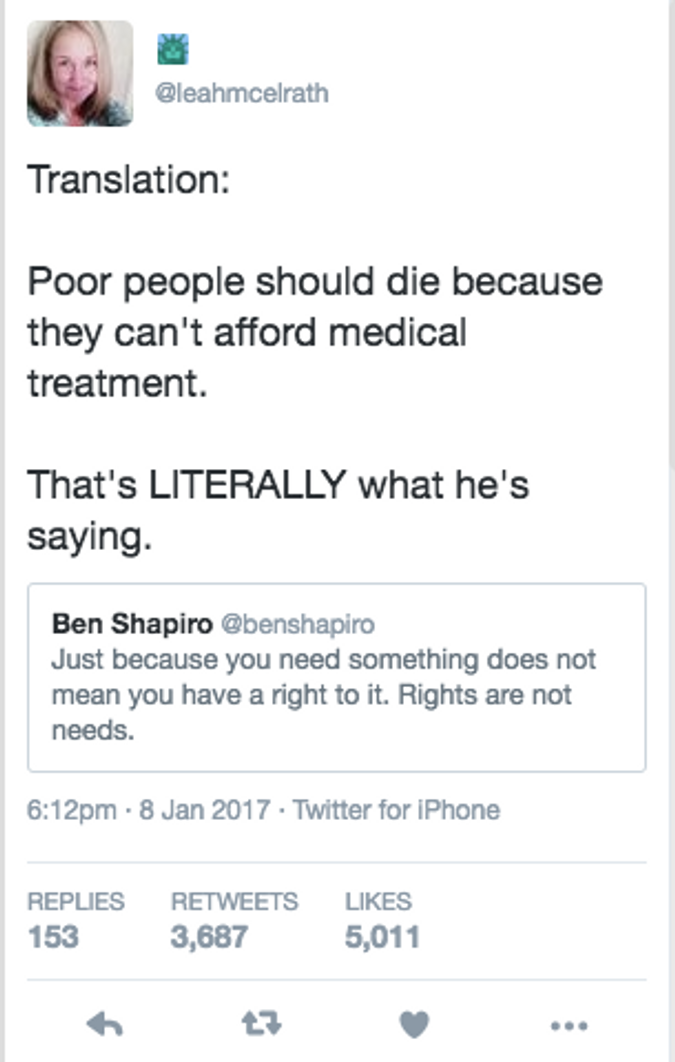 Although Shapiro often supports positions taken by President-elect Donald Trump, he does occasionally criticize him. Early Monday Shapiro called out Trumps “hackneyed defense” after Meryl Streep denounced him at the Golden Globes Sunday.