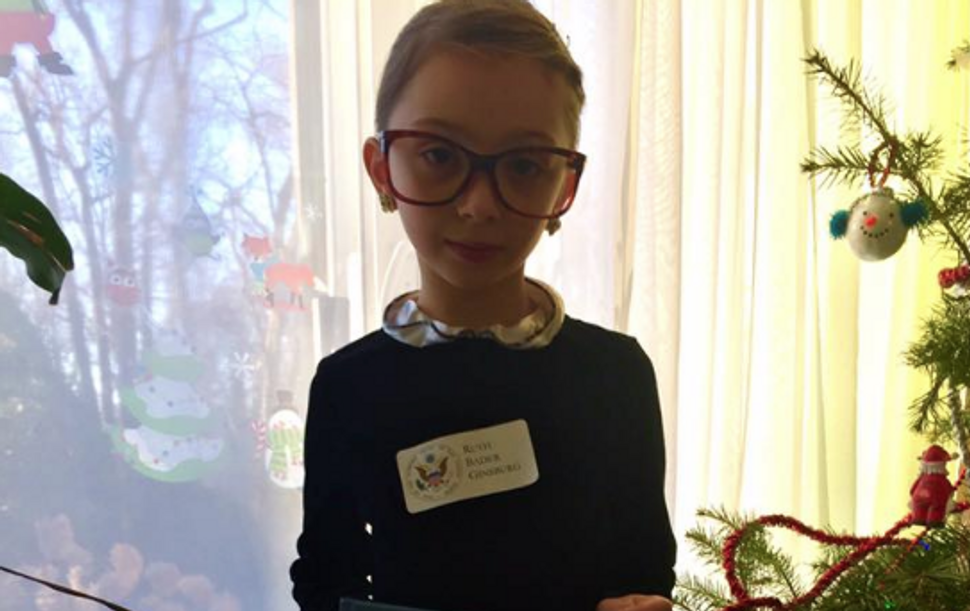 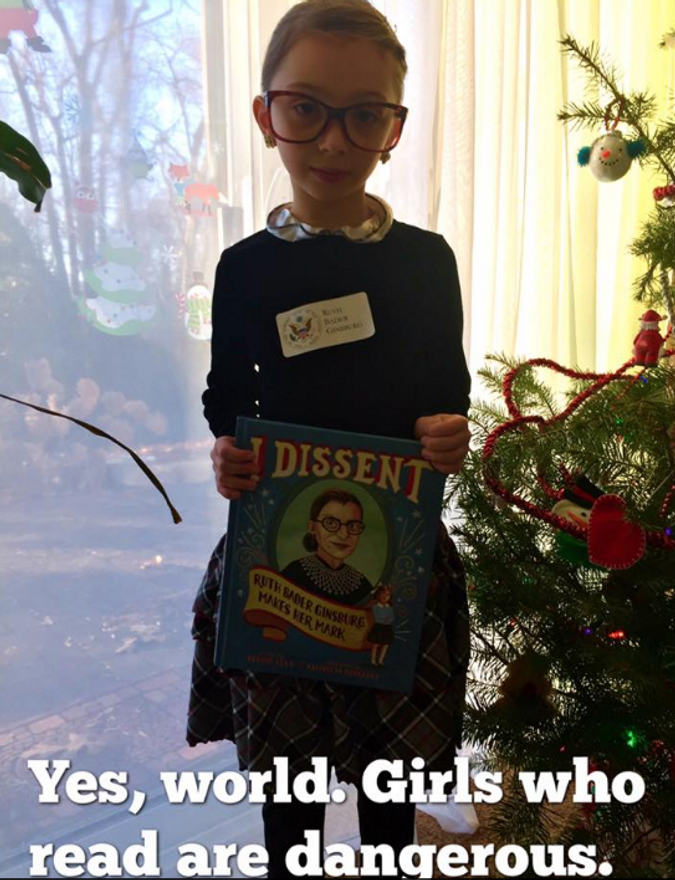 When her friends decided to don Batman and Wonder Woman costumes for “Super Hero” day at school, Michele Threefoot had a different idea — instead dressing up as her role model, Supreme Court Justice Ruth Bader Ginsburg.

After her mom posted the photo to Facebook — complete with black robe, hair done in a bun and horn-rimmed glasses — the Notorious R.B.G. reached out to the Maryland eight-year-old, sending her a personal note that complimented her outfit and encouraged her to keep on learning. “Dear Michele, You look just like me!” the note read. “May you continue to thrive on reading and learning. Every good wish, Ruth Bader Ginsburg.” 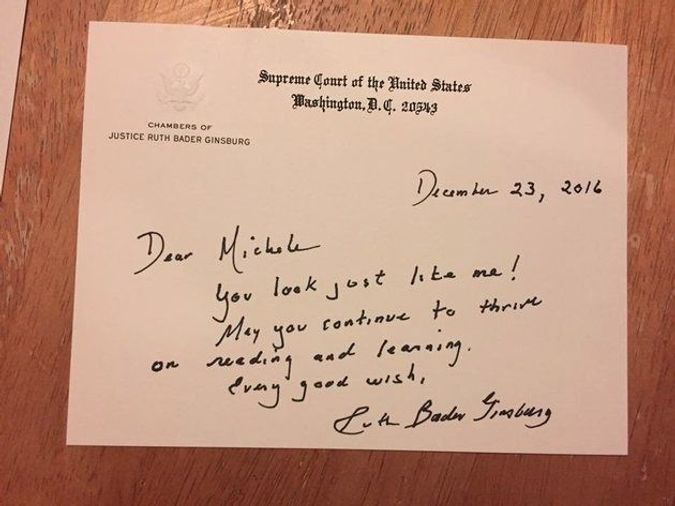 Excited to show her class, Threefoot brought the letter to class, where her teacher read it aloud and used it as an opportunity to teach the class about the Supreme Court. Michele’s mother Krista Threefoot said that her daughter got the inspiration for the costume from a children’s book about Ginsburg, “I Dissent.”