Rome Is Almost Ready To Open Its Ancient Jewish Catacombs 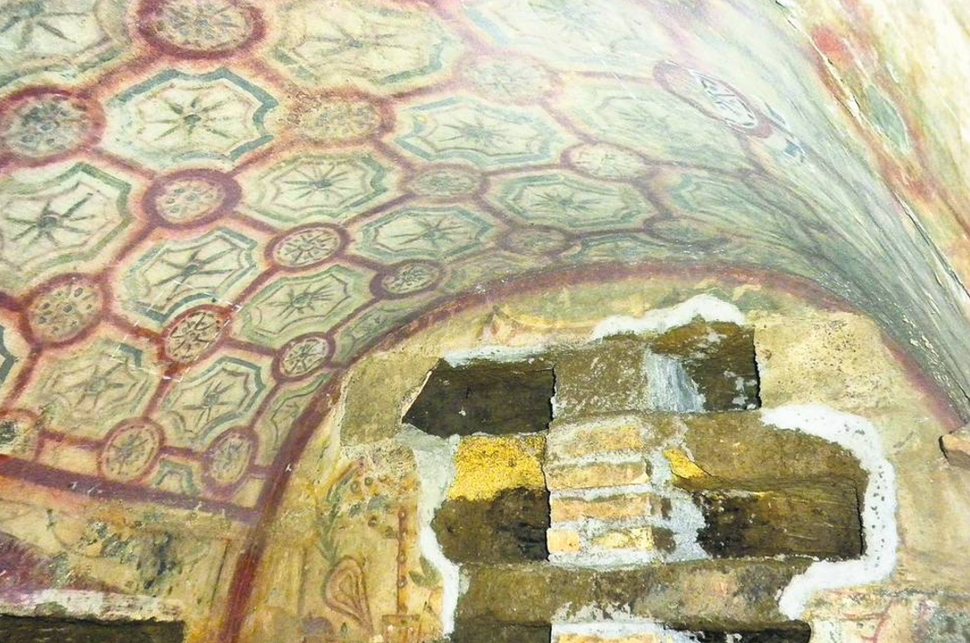 Image by City of Rome

Soon, when Americans head to Rome, there will be a new archaeological treasure to check out among the city’s varied offerings — underground burial chambers containing the remains of Jews from the Roman Empire.

“There is a world to be discovered down there,” Claudio Procaccio, cultural director for the city’s Jewish community, told the Wall Street Journal.

The site was discovered more than a century ago, when laborers were building a new stables for Villa Torlonia, the estate under which the catacombs sit. It’s taken all that time for the Italian government to appropriate the necessary funds — about $1.5 million — to restore the site and make it suitable for visits from the public. If all goes right, the project could be finished by next year.

According to experts on site, the artistry in the catacombs attests to their Jewish nature, including depictions of menorahs and Torah scrolls, in addition to Hebrew inscriptions referring to synagogues then present in the city.

Villa Torlonia has a complicated history; it was a sometime residence of dictator Benito Mussolini, who signed anti-Jewish legislation and helped send thousands of Italian Jews to death camps.

Rome Is Almost Ready To Open Its Ancient Jewish Catacombs