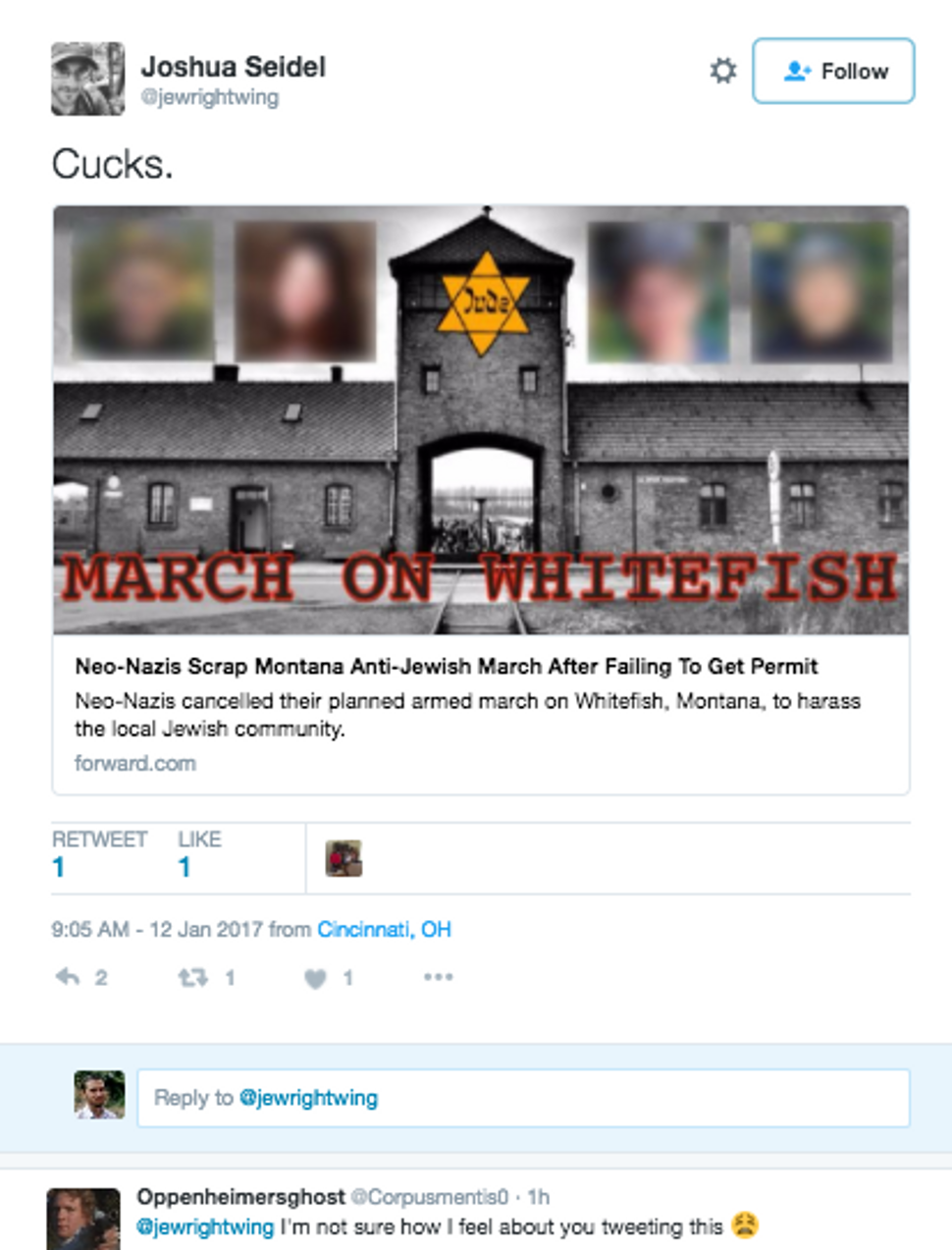 After a neo-Nazi organizer called off a planned rally in Montana, he took abuse from a most unlikely source.

Joshua Seidel, a Jewish writer affiliated with the “alt-right,” berated Andrew Anglin and his website the Daily Stormer as “cucks.”

Seidel is a founding member of the Jewish Alternative, a website that bills itself as the “voice of dissident Jewry.” He also writes for Scribe, the Forward’s curated contributor network.

Anglin and Seidel have sparred in the past and Seidel said he was “trolling” Anglin with the tweet by teasing him for backing out of the march.

But Seidel does take Anglin’s threats against Jews seriously, even as he is sympathetic to white nationalism.

“I think a lot of what Anglin does is theatrical, but his hatred against Jewish people is totally serious,” Seidel said in a phone interview. “It is half a joke, but he is one of the true, genuine anti-Semites on the ‘alt-right.’”