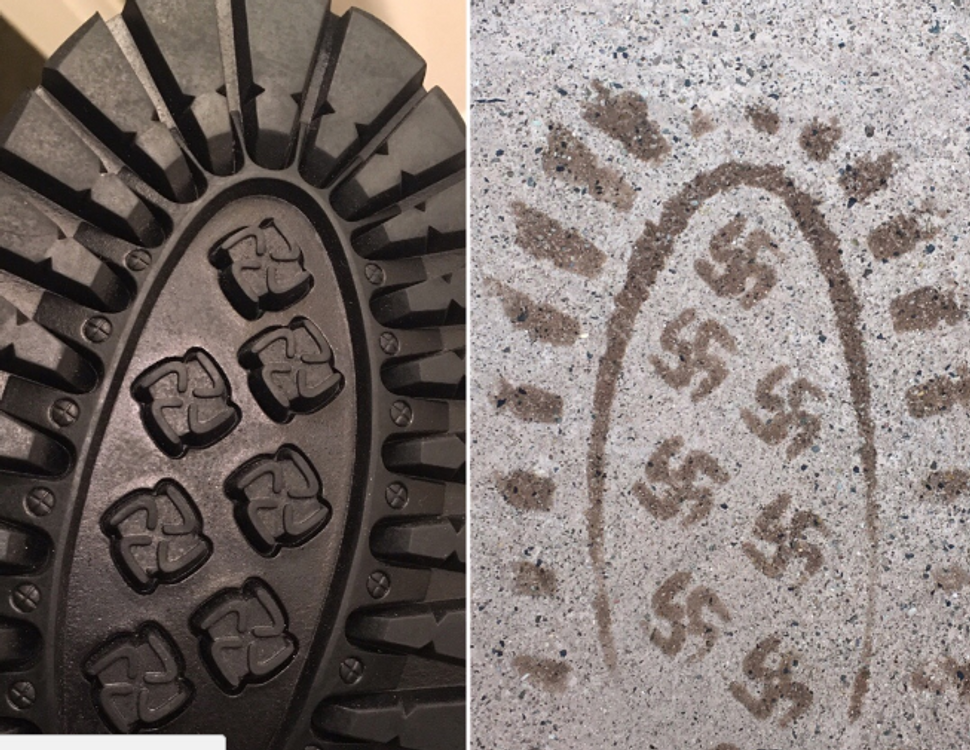 Conal International Trading is passing the buck after feeling the heat for work boots that leave an imprint that closely resembles a swastika.

The firm blamed a Chinese subcontractor for what it called a production error.

“We are extremely sorry for the frustration this has caused our customers and the public,” it said in a statement.

The boots went viral after a Reddit user posted a photo of the item. The man had purchased the shoes on Amazon and expressed concern about their imprint. Conal announced that it would recall the product. It was unclear whether the boots would also be removed from Amazon’s online store.

Redditers mocked the shoes with puns. “Very comfortable. Nein out of ten,” one user wrote. “Good for marching into Poland,” another mused.